Oh Hey, the Celtics Are in First Place in the Eastern Conference

Just in time for a Cavs collapse. 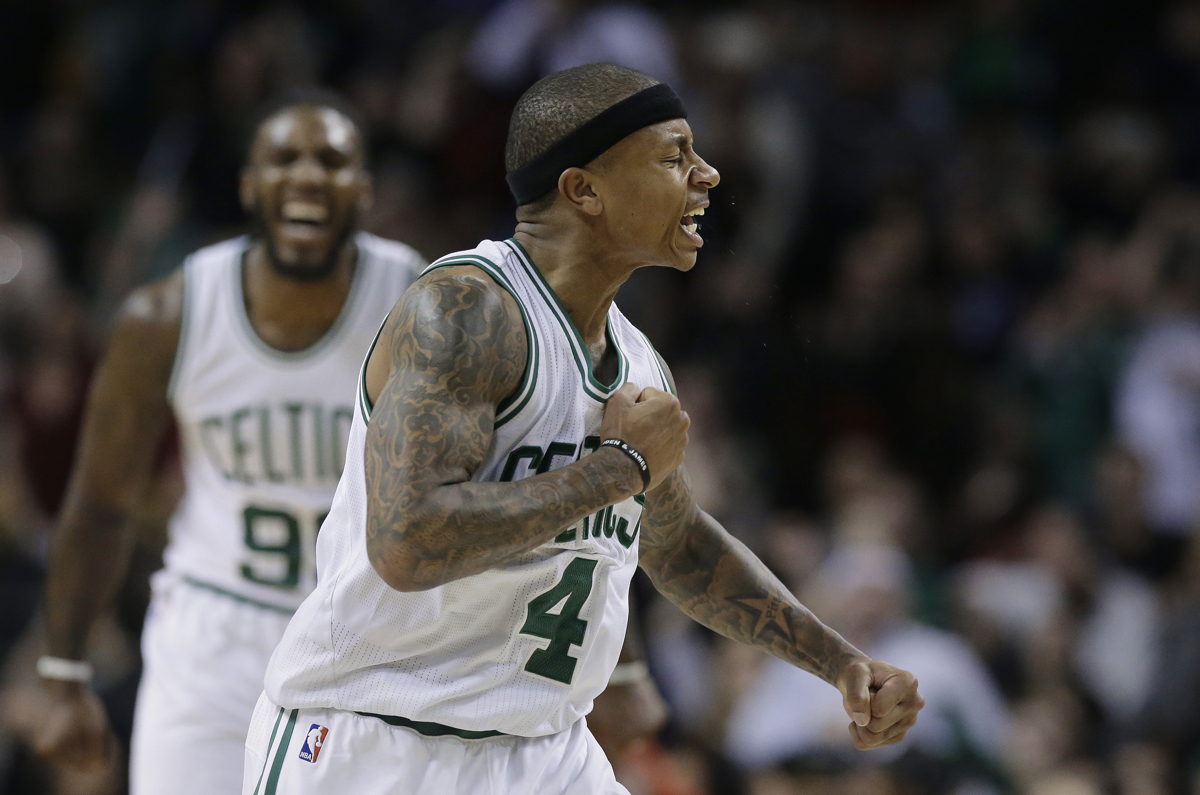 For the first time under head coach Brad Stevens, the Celtics are in sole possession of the first place in the Eastern Conference, with just eight games left in the regular season.

The last time the Celtics led the East? That would be the 2007-08 season, when the Big Three hoisted Banner 17, according to Elias Sports Bureau. With the Cleveland Cavaliers’ 103-74 loss to the San Antonio Spurs Monday night, in which LeBron James crumpled to the ground after being struck in the back of the neck by an errant elbow, the Celtics now hold a half-game lead over the reigning NBA champions.

LeBron James caught an elbow to the back of his neck and was down in some serious painpic.twitter.com/GuibQYdza9

Five of the Celtics’ eight remaining games will be played at TD Garden—including an April 5 matchup against the faltering Cavs—so chances are good the C’s could stay put atop the standings.