Roger Goodell Will Return to Foxboro

The commish will attend the Patriots' season opener. 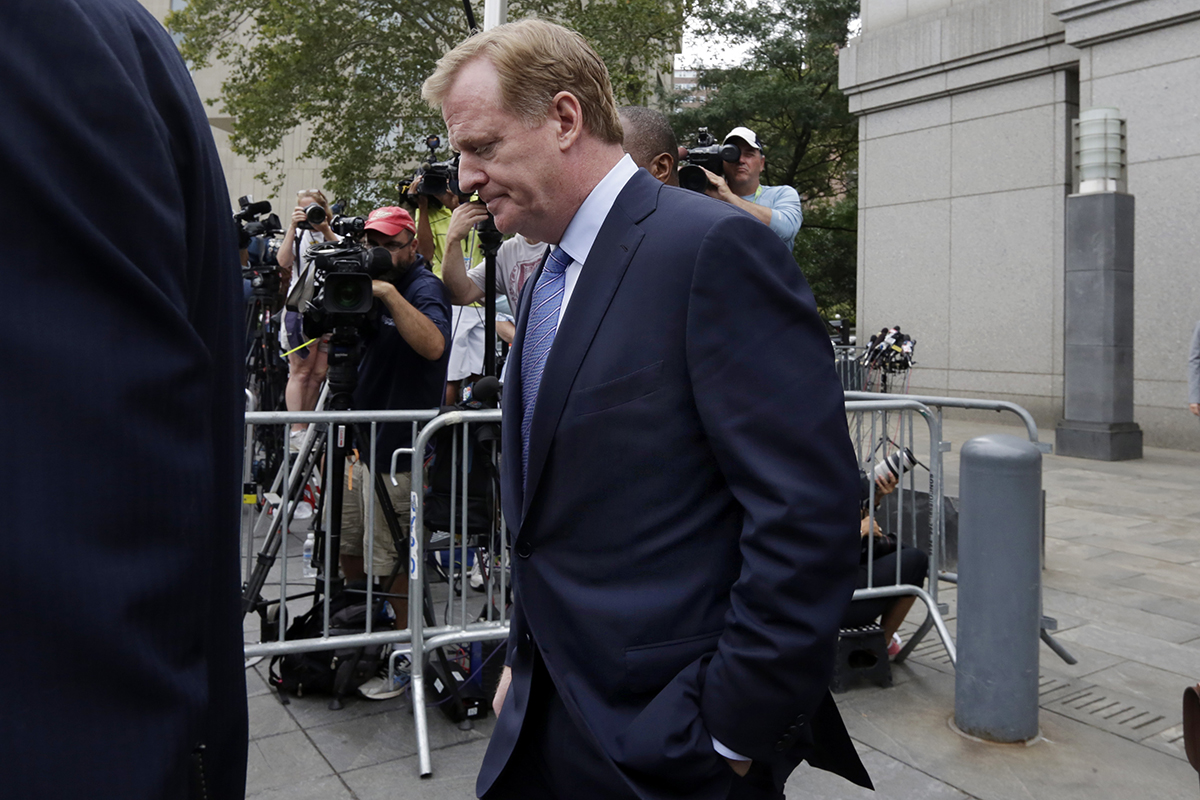 You’ve been waiting for this moment, Patriots fans.

NFL commissioner Roger Goodell will attend the Pats’ Thursday night regular season opener at Gillette Stadium. It will be the first time he’s visited Foxboro since the 544-day Deflategate saga, which resulted in the loss of a draft pick, as well as quarterback Tom Brady serving a suspension through the first four games of last season for his refusal to cooperate with the NFL’s investigation.

This, of course, did little to hamper the Patriots, who went 3-1 with understudies Jimmy Garoppolo and Jacoby Brissett at the helm, before marching to their sixth Super Bowl title in the greatest comeback win in NFL history. Goodell once again drew the ire of Patriots fans when he declined to attend the AFC Championship game at Foxboro, opting instead to visit the Georgiadome for the second consecutive week.

In an interview with ESPN last month, Patriots tight-end and sentient GIF Rob Gronkowski said the commish is not only unwelcome in Foxboro, but “couldn’t even get to the stadium in Foxboro if they landed in Boston.”

“The fans are nuts, they’re wild, and they have the Patriots’ back no matter what. They have Tom’s back, I’m telling you,” Gronk said. “He won’t get through the highway if fans saw him. So I don’t think he can even land in the airport in Boston, because Patriots fans are the best fans, they’re the most loyal fans, I’m telling you. They might just carry out Roger themselves.”