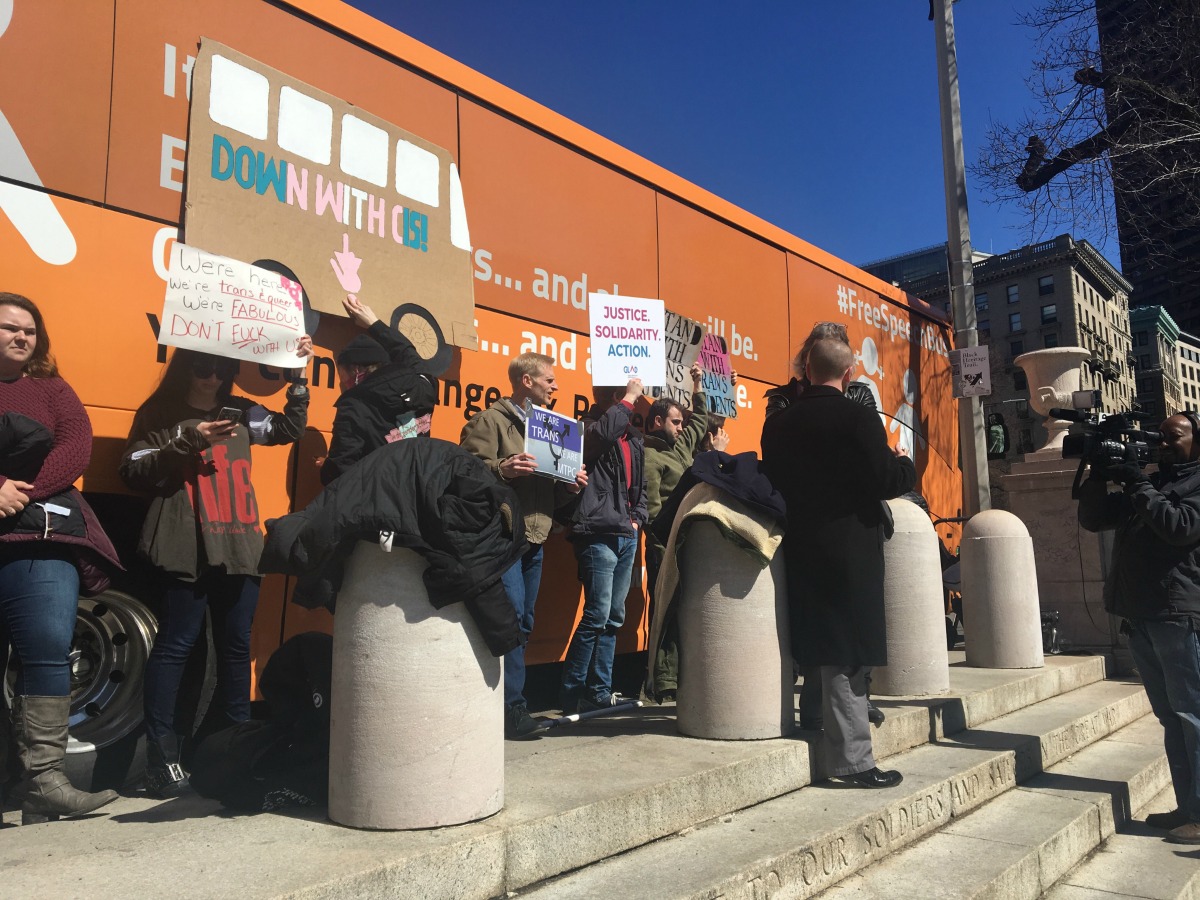 The anti-transgender “Free Speech Bus” that’s been touring the Northeast made a stop in Boston Wednesday morning, and the welcome it received was less than hospitable.

Protesters gathered to counter its message, a transgender flag was flown at City Hall, and the drivers of the now-infamous tour bus dealt with the harsh reality of parking on Boston’s streets.

The bus arrived at City Hall around 10:30 a.m., and despite having some trouble finding a spot to park, it caught the attention of some photographers and other onlookers. A passerby chucked a coffee at it before running away. As the bus departed for the State House, three protesters tried blocking the road.

People are now blocking the bus from moving. #FreeSpeechBus pic.twitter.com/4cODRiDhU2

On Beacon Hill, members of the Massachusetts Transgender Political Coalition (MTPC), the GLBTQ Legal Advocates & Defenders (GLAD), and the Boston Alliance of Gay, Lesbian, and Transgender Youth flanked the bus and chanted, “No hate, no fear, trans people are welcome here,” and “Your ideology kills people.”

Several protesters exchanged words with its operators, including one demonstrator holding a “DOWN WITH CIS!” sign, who stood in front of the bus and refused to move, before being escorted away by Boston police. 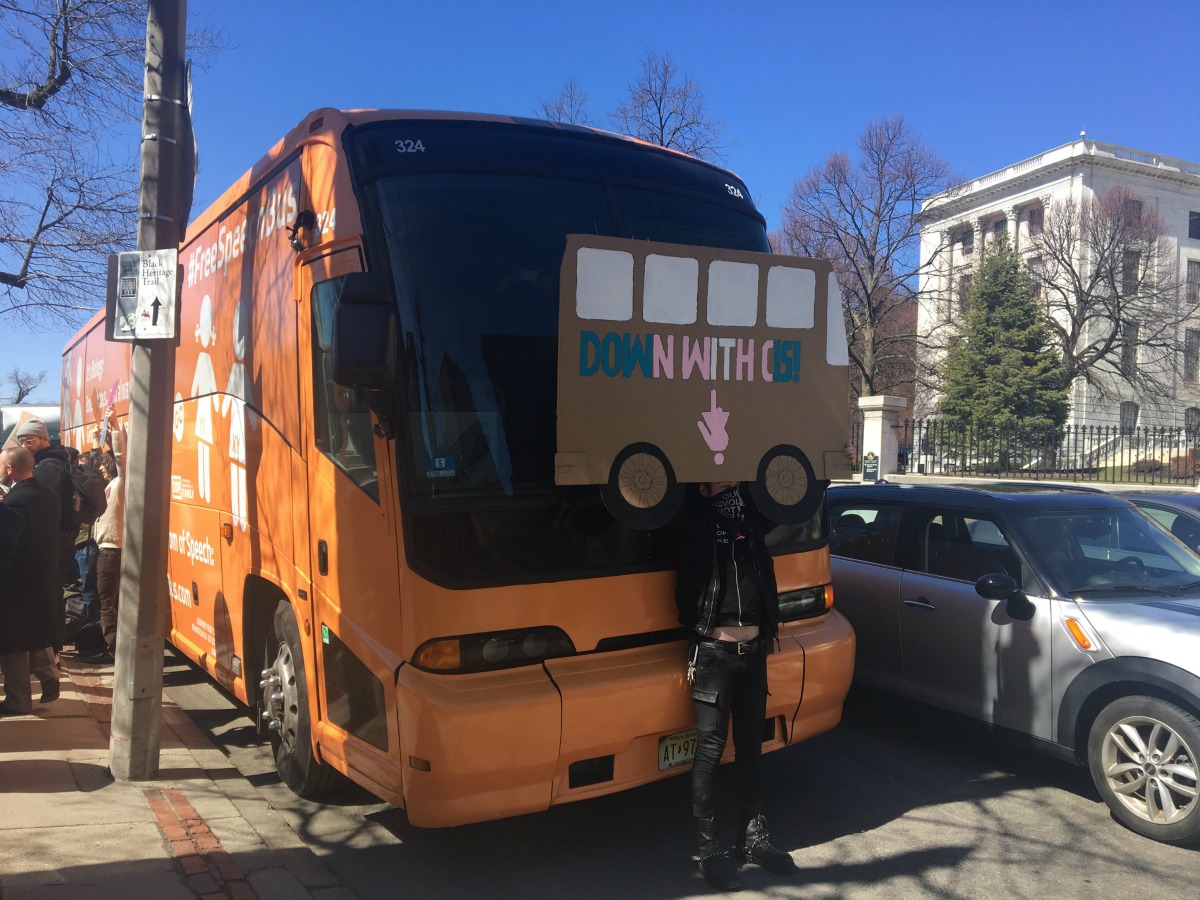 Later, back at City Hall, Mayor Marty Walsh raised the transgender flag and held a brief ceremony in support of trans people.

“The transgender community is in my office in City Hall and is in the city of Boston. And we’re going to continue to work with the community hand in hand,” Walsh said, adding that it is “important for us to, every now and then send a message to let people know we will not be intimidated by discrimination or harassment.”

In the afternoon, the “Free Speech Bus” made its way to Cambridge.

Joseph Grabowski, spokesman for the groups responsible for the bus, told reporters it would visit Harvard, saying he wanted to respond to a new culture in academia discouraging students with conservative views to voice their opinions.

In Harvard Square, the bus was once again greeted by protesters, who chanted “trans lives matter!”

#FreeSpeechBus drawing some attention outside Harvard SQ, all peaceful so far pic.twitter.com/40AZOw0ZNR

The bus parked near an MBTA bus stop (and was asked to move by the police), stopped traffic, and circled the Cambridge Common looking for a place to park. It also appears someone wrote the words “hate speech bus” and “hate is not welcome here” in marker on its side.

I gotta sign off and work but please keep making fun of the Party Bus of Precious Boys for me #FreeSpeechBuspic.twitter.com/S0QP3OUIZs

“They may hate us,” CitizenGo declared in a tweet along with a video of the markings on the side of the bus, “but we continue to fight in defense of #FreedomOfSpeech!”