“Buttery and Ashamed” Squirrel Rescued from Dumpster in Quincy

This squirrel has seen butter days. 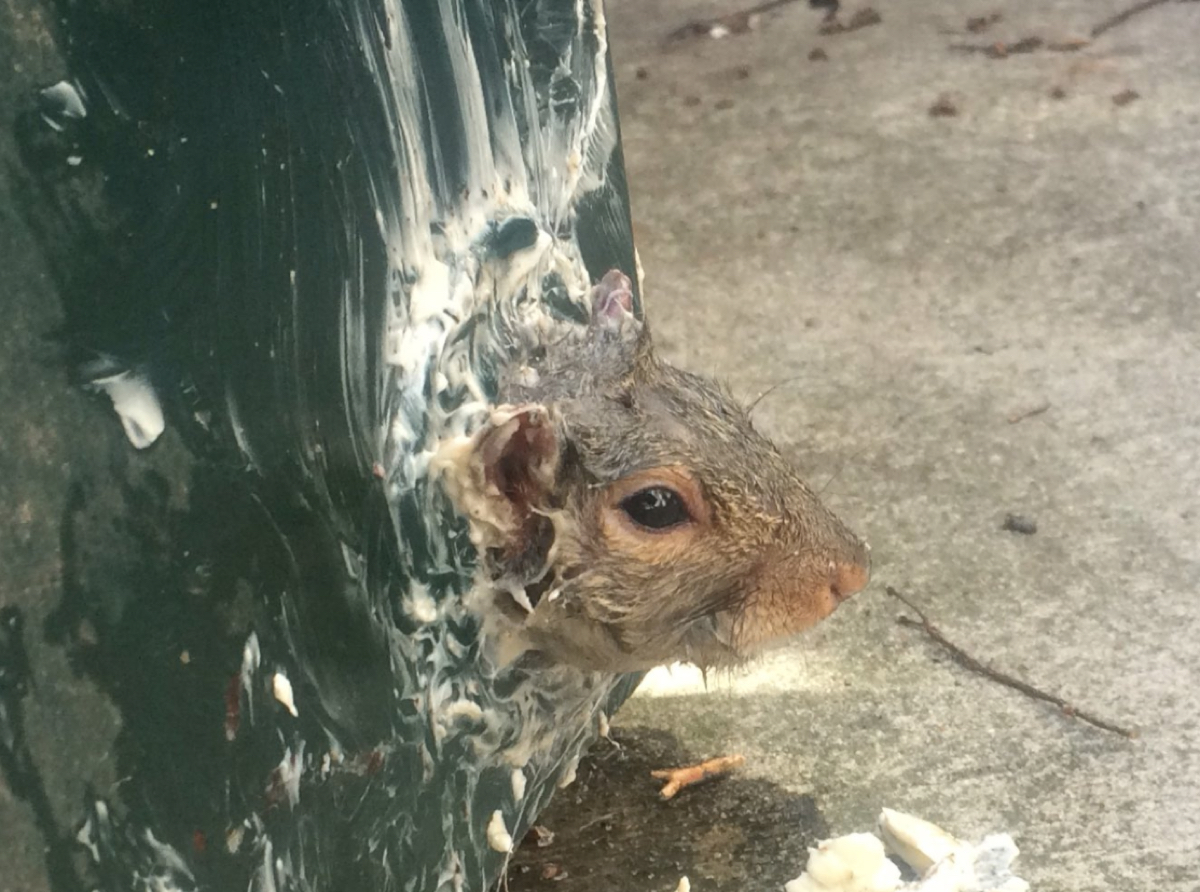 Photo via the Animal Rescue League of Boston

A squirrel that found itself lodged in the drain hole of a Quincy dumpster has been freed, rescuers say. But not before the poor thing was slathered with butter, which, we can assume, was kind of embarrassing.

It may be “buttery and ashamed,” as the Animal Rescue League of Boston put it on Twitter, but at least it’s safe—and is now headed for a “spa day” at the New England Wildlife Center in Weymouth.

So how did the critter, an adult female Eastern gray squirrel, find itself in this unfortunate situation?

It was likely foraging in a dumpster, which is located near a motorcycle shop in Quincy, when it got caught trying to make its escape through a one-and-a-half-inch opening, the ARL says.

When it was spotted in there, some well-meaning bystanders swooped in to help. They tried using vegetable oil, and then a handful of butter, to help it get free. But nothing worked. That’s when they called rescuers for assistance.

“When I got there everything was all buttery,” says Bill Tanguay, a senior rescue technician with the ARL. After a little bit of wiggling, and pulling back the squirrel’s skin, Tanguay says he was able to get it free.

Although he admires the bystanders’ initiative, Tanguay says lubricants don’t actually help furry mammals when they become stuck. And adding oils or other slippery substances to their fur can actually make it more difficult for them to stay warm. In most cases, he recommends that people who find an animal stuck somewhere just contact professionals—which can also reduce the risk that the animal will get hurt, or that it will attack.

Thankfully, it only sustained some minor abrasions and loss of fur around his neck. “Otherwise, [it] was really feisty and ready to go,” he says. Oh yeah, and maybe a little embarrassed. It “was more terrified than anything” though, Tanguay adds. “There were a lot of people around.”

ARL spokesman Mike DeFina says he hopes in the future that people will call the professionals first when wild critters are in need, but said yesterday’s buttery incident “shows the measures people will go to try and help an animal.”

In the meantime, the squirrel—which they, per policy, do not plan to name—is being checked over and will soon be prepped for release. Nina Flaherty-Bellotti, spokeswoman for the New England Wildlife Center, says it will be monitored over the weekend and released into the wild “on the next nice day.” 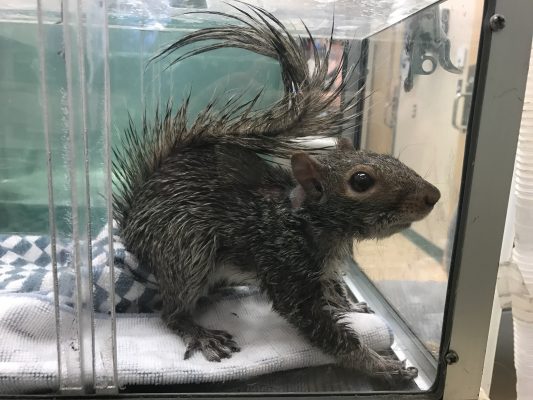