"Elvers" are a highly sought-after ingredient in some cuisines. 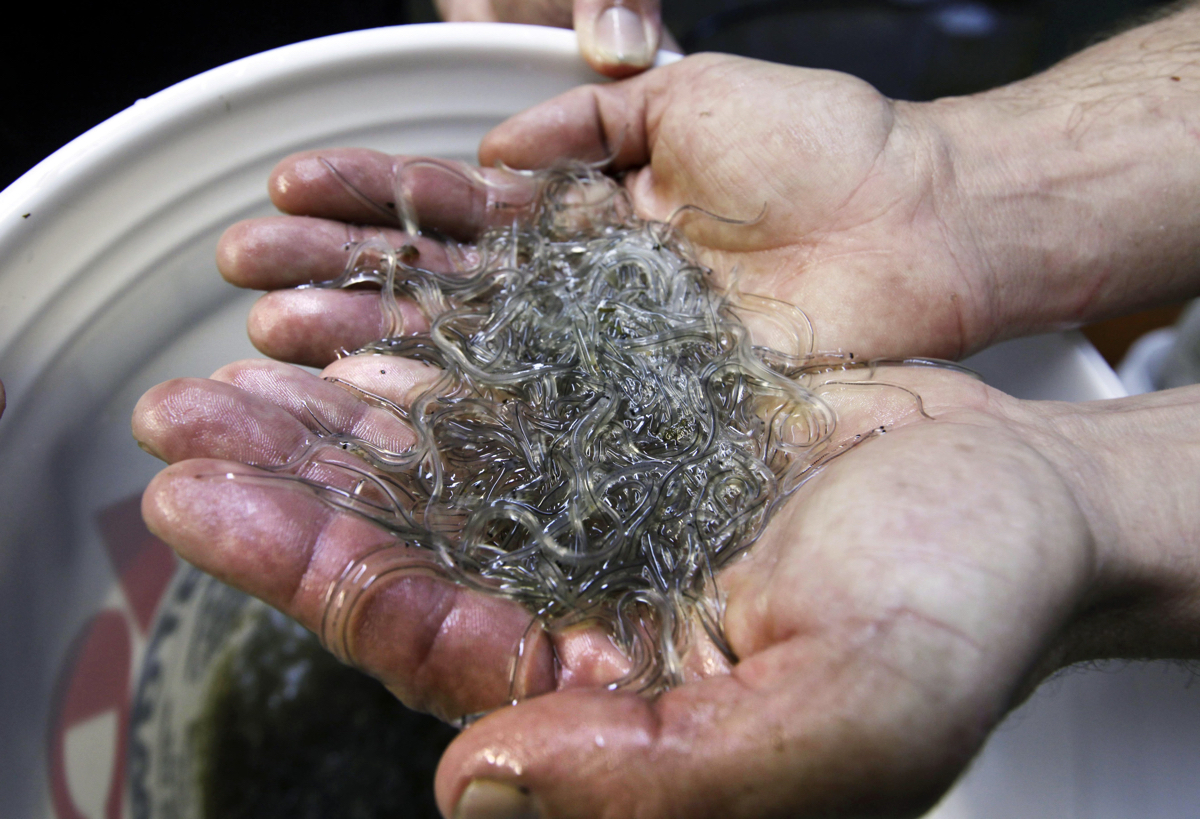 Two Maine men have been arraigned in U.S. District Court in Portland on federal trafficking charges related to baby eels, or elvers.

Maine is home to the most prominent elver fishery in the United States, where just one pound of the lil’ wriggly guys fetched a record $2,500 in 2015, due to low supply and high demand from Asian aquaculture companies.

Once purchased, these baby eels are typically raised to maturity and sold for use in food, like sushi and kabayaki. The Basques in northern Spain also hold elvers, known there as angulas, in high culinary regard. Wrote the late Spanish food author Penelope Casas:

Olive oil is heated with sliced garlic and a piece of dried red chili pepper in an individual earthenware casserole until the garlic turns golden. Without a moment’s delay the angulas are plunged into the oil and the dish immediately removed from the heat. It is covered with a plate and brought sizzling to the table. Restaurants provide special angulas forks made of wood to avoid the metallic tasted of conventional forks and get a better grip on the smooth-skinned angulas.

Sounds good, as long as you don’t make eye contact.