The former Department of Justice lawyer has been a thorn in the Trump administration's side. 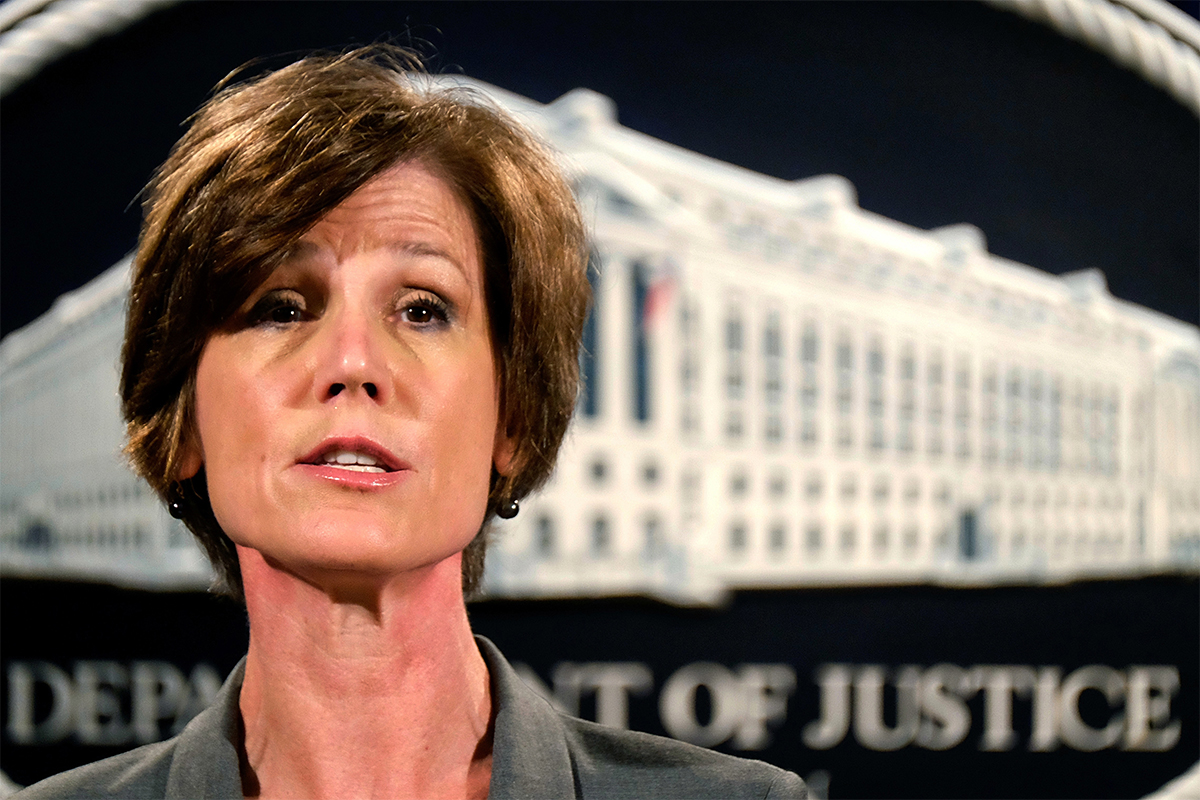 Harvard Law School is bringing in one of the nation’s most prominent attorneys for a big speech: Sally Yates, who was Deputy Attorney General under President Barack Obama, and then briefly and notoriously, acting Attorney General under President Donald Trump. Yates will be the law school’s Class Day speaker, which means she was chosen by members of this year’s graduating class, according to an announcement from the school.

Yates made headlines after she refused to enforce Trump’s first immigration plan, after which he immediately removed her from office. She was back in headlines again recently after a Washington Post story revealed she had been prevented from testifying in Congress about potential connections between the Trump campaign and Russian officials. The administration claimed her planned testimony would “be off-limits in a congressional hearing because the topics are covered by attorney-client privilege or the presidential communication privilege.” The House Intelligence Committee Chairman, Rep. Devin Nunes, then canceled the hearing. Nunes has himself come under scrutiny for getting sensitive information about surveillance of Trump associates from White House officials.

Prior to her departure, Yates had been at the U.S. Justice Department for nearly thirty years. She was also the lead prosecutor for the case involving the bombing of the 1996 Summer Olympics in Atlanta, in which two people were killed and 100 more were injured. She was named Deputy Attorney General in 2015 after serving as the U.S. Attorney for the Northern District of Georgia.