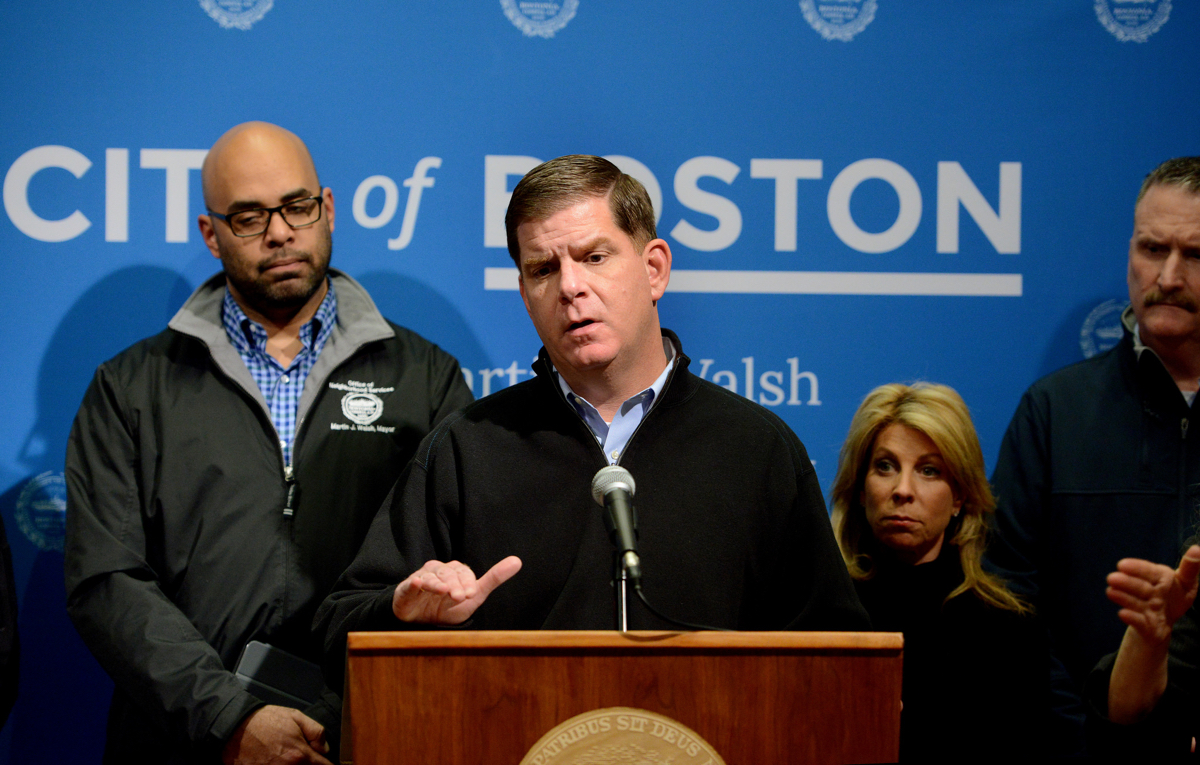 Mayor Marty Walsh wants to meet with Michael Che to discuss the Saturday Night Live star’s experiences with racism in Boston, and not everybody’s thrilled about it.

Che drew the ire of some in Boston after he called it “the most racist city” he’s visited on a pre-Super Bowl edition of Weekend Update. In an Instagram post, Che later said he still loves Boston, just as he loves his racist grandmother. During his monthly visit to WGBH’s Boston Public Radio, Walsh said he would like to meet with Che ahead of the comedian’s scheduled June visit to the Wilbur.

“It’s disturbing when you hear something about that, and the fact that he’s clearly had bad experiences in our city,” Walsh said. “We’ve indirectly reached out to him. I’d love to sit down and talk to him.”

“He’s clearly had some bad experiences in this city, in this state, because I think it’s more than Boston. But, hopefully, at some point, I’d love to sit down and talk to him about it and express what we’ve done in the city and the things that we’ve done over the last three years with the race dialogues, with the diversity office. That won’t erase his experience, but what it will do is help us understand better,” he said.

Kirk Minihane of WEEI’s Kirk & Callahan lambasted the mayor on Monday’s show, calling Walsh a “pandering fool” for failing to defend his city against Che’s characterization, which he called “made-up.”

“He should’ve said, ‘Jim [Braude], I think it’s like what everybody else thinks. It’s a lie. It’s made-up. You’re a smart guy, Jim, don’t you feel that way? I know you may pretend it’s not, but can we talk like real adults here? Do I think Michael Che was a victim of racism? No, I do not,'” Minihane said. “You’re the mayor of Boston, you dope….I’m glad you’re going to jail,” referring to the ongoing federal investigation into City Hall, which has resulted in the indictments of two top aides.

“Isn’t he a dope? Are we going to have this idiot on any time soon?” Minihane said. “He won’t be in jail by then?”

Minihane and Walsh previously traded blows on-air over the latter’s pledge to make City Hall a physical sanctuary for undocumented immigrants in the wake of President Donald Trump’s crackdown on so-called “sanctuary cities.” When Minihane asked if children would be allowed to sleep in his office, Walsh snapped, “Don’t be a wise guy about it.”