A New Park Is Coming to the Fenway

But it could get a bit harder to find parking. 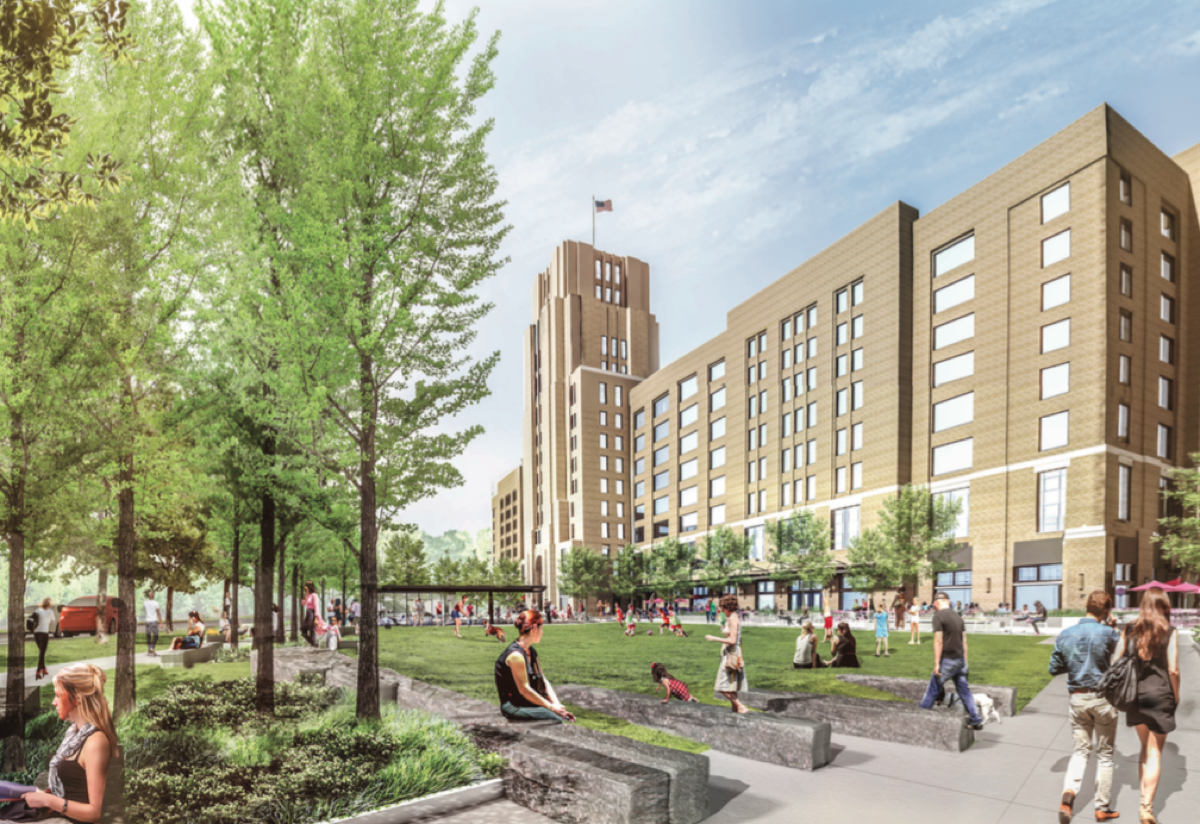 Fenway is getting another park, but this one isn’t for baseball.

Local developer Samuels & Associates, who has been responsible for much of the neighborhood’s transformation in recent years, has proposed a new green space to replace the Landmark Center’s parking lot, featuring walking paths, trees, and a lawn.

The one-acre park, expected to be completed by summer 2018, is part of Samuels’ $650 million expansion of the Landmark Center, approved by the Boston Planning and Development Agency, née BRA, in 2014. Samuels still needs a portion of city-owned land, originally tapped in long-abandoned plans for a rotary, to move ahead with the park, the Herald reports.

The Landmark Center expansion also included a 75,000-square-foot Wegmans, but details regarding the Rochester, N.Y.-based supermarket chain remain sparse. “We’re still working though that,” principal Peter Sougarides told the Herald. “There are some physical changes to the building that are changing how we do the retail.”

Samuels is the same firm behind the nearby Pierce Boston, as well as the Fenway Triangle Trilogy, Van Ness, and the Verb Hotel. The Fenway has become such a sought-after neighborhood that in February, the owner of the Gulf gas station at the intersection of Boylston Street, Park Drive, and Brookline Avenue sold his half-acre parcel for $16.9 million, the Globe reports.