A Park Beneath the I-93 Overpass Will Open in June 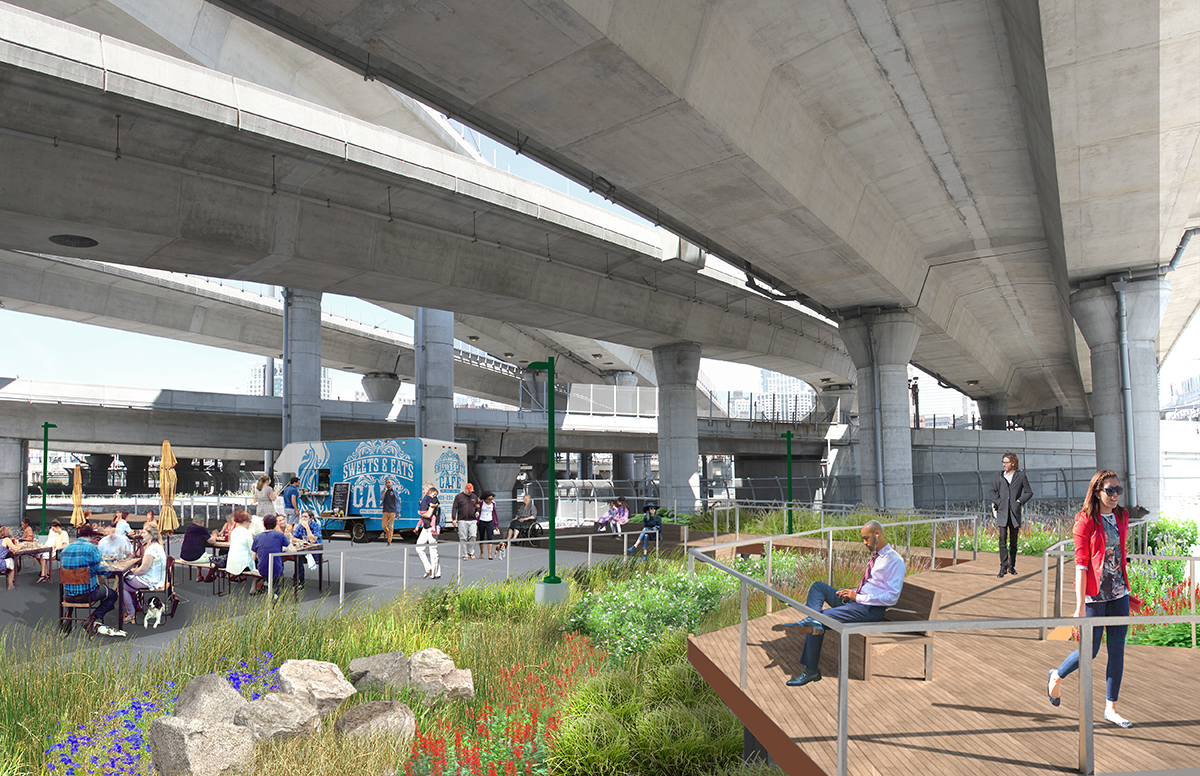 Soon, the grey concrete expanse that splits the South End from South Boston will become an urban park, complete with grass, plants, boardwalks, and bike paths.

The new park, called Ink Underground, is scheduled to open under the I-93 overpass in June. It will stretch eight acres—from Albany Street to the Fort Point Channel—featuring public art, food and drink pop-ups, a bike storage facility, a dog park, and events like fitness classes and artisan markets. The park’s first graffiti and street art festival will kick off on June 10th.

National Development, developers of nearby Ink Block, partnered with the Massachusetts Department of Transportation to create the park.

“I’m excited to build this creative and unique opportunity with Ink Block and some of Boston’s most talented artists,” said Victor Quinonez, a street artist and production designer for Converse, in a statement. “I believe together, we will build an energetic and passionate movement through Ink Underground.”

Ink Underground will also offer 24-hour security and a parking lot with 175 spaces. 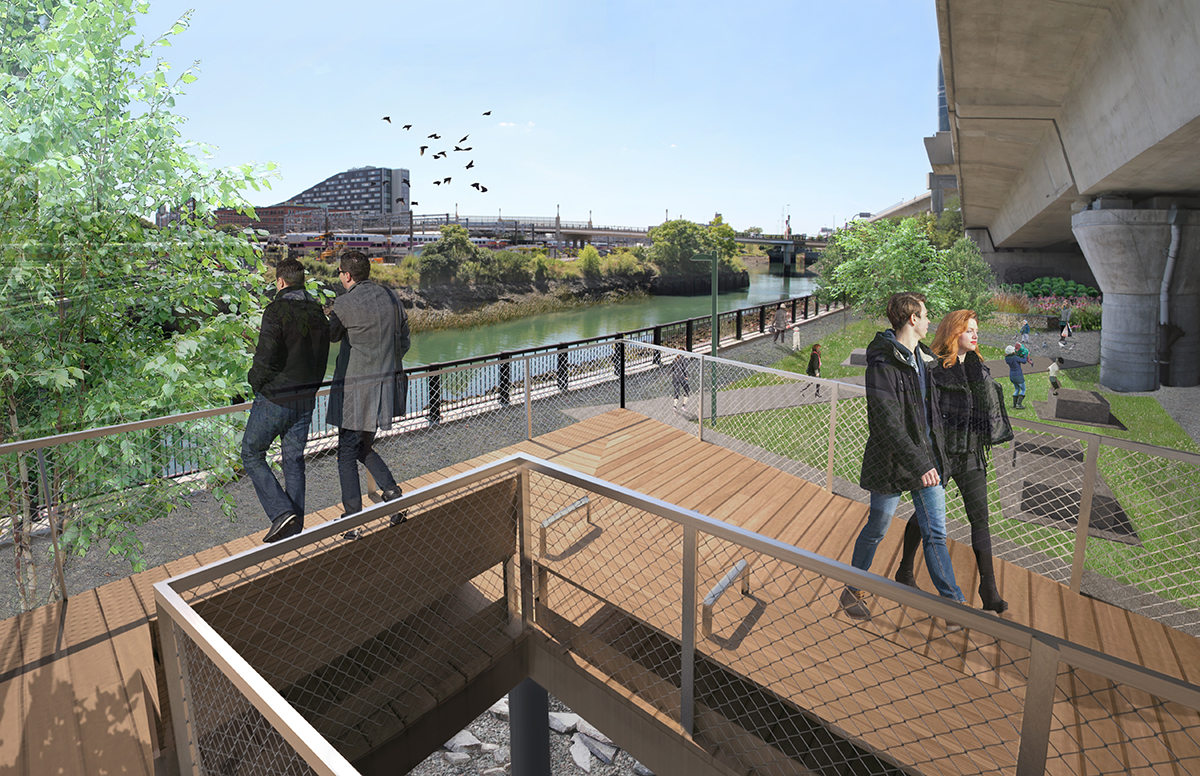 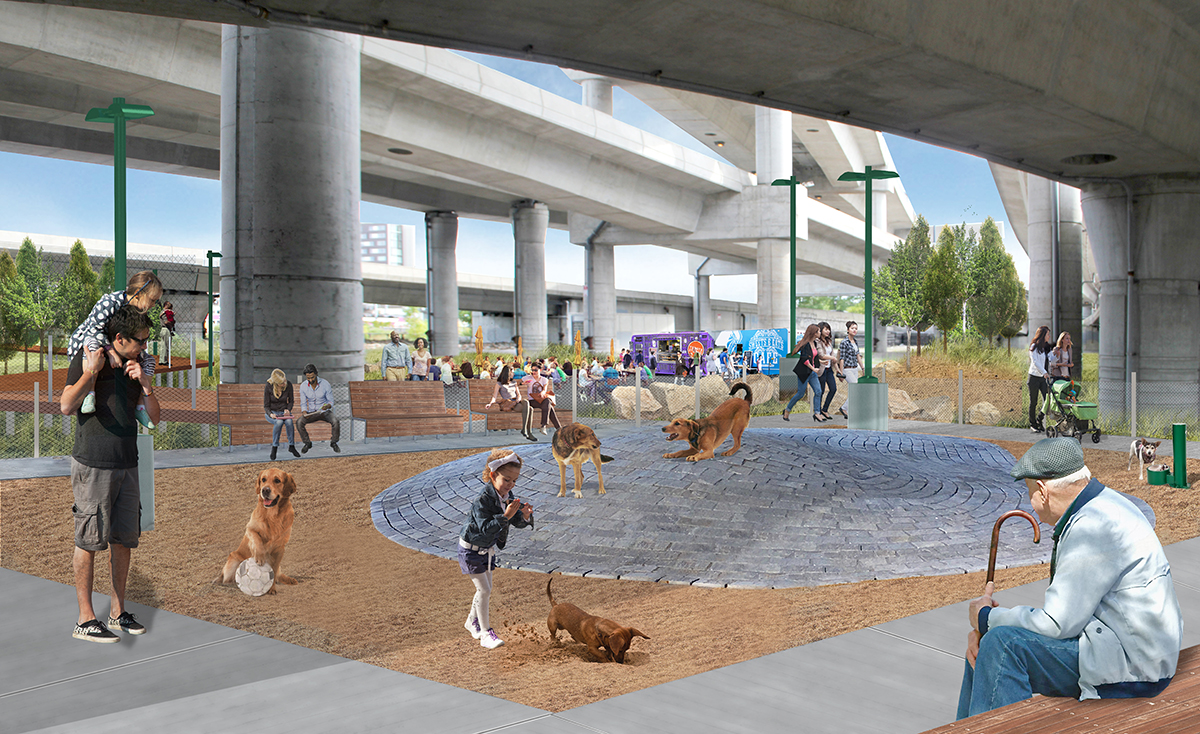