But he won't be challenging Elizabeth Warren. 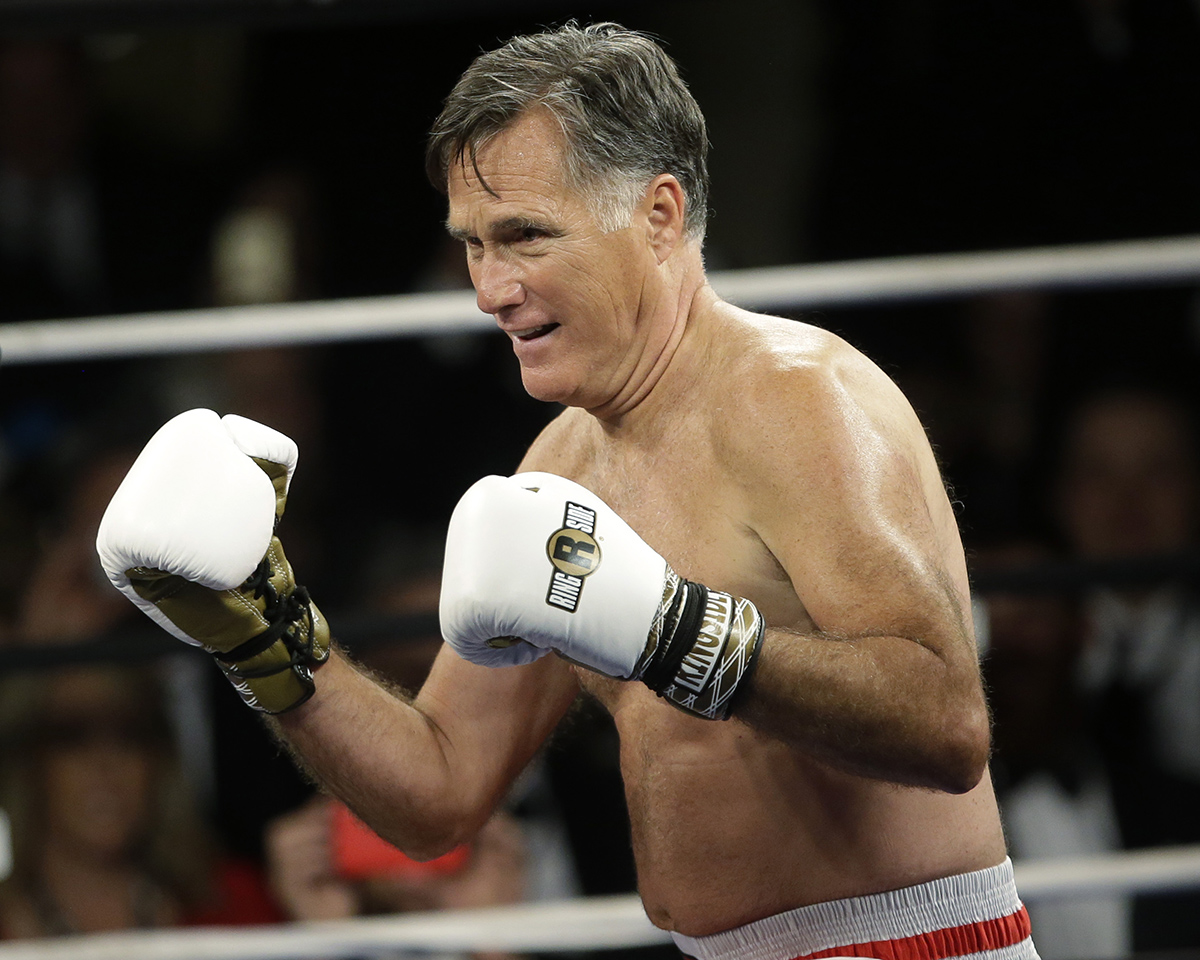 Don’t count out “Turnaround Mitty from Comeback City” just yet.

Former Massachusetts governor, 2016 Republican presidential nominee, and part-time luchador Mitt Romney is reportedly exploring a Senate bid in Utah, according to The Atlantic‘s McKay Coppins, who cited six sources with close knowledge of the situation. Should 83-year-old incumbent Sen. Orrin Hatch decide to retire, Romney would be the hand-plucked darling of party leaders and high-powered donors of the Beehive State.

“If I could get a really outstanding person to run for my position, I might very well consider [retiring],” Hatch told the National Review last week. “Mitt Romney would be perfect.”

In a statement to The Atlantic, Hatch rolled back his statement in an attempt to dump some cold water on the speculation. “While it’s no secret that I hold Mitt Romney in extraordinarily high esteem, my musing aloud on the subject has apparently snowballed into a frenzy of premature speculation,” Hatch said.

For the first time in his life, Mitt Romney is All Of Us. pic.twitter.com/e8TyFgmtDl

Romney was last seen in New York City following his Faustian dinner with President Donald Trump, a man he once described as “a phony, a fraud” during a hastily assembled press conference during the Republican primary last year.

“I happen to think that America’s best days are ahead of us. I think you’re going to see America continue to lead the world in this century,” Romney said in November of the President-Elect, “and what I’ve seen through these discussions I’ve had with President-Elect Trump, as well as what we’ve seen in his speech on the night of his victory, as well as the people he’s selected as part of his transition, all of those things combined give me increasing hope that President-Elect Trump is the very man who can lead us to that better future.”

Trump’s approval rating in Utah hovered either slightly above or below 50 percent through the month of March.