Not long after Tamerlan Tsarnaev bombed the Boston Marathon, investigative reporter Michele McPhee went looking for answers. What she discovered, detailed in this exclusive excerpt from her new book, Maximum Harm, might just change how you think about our government and law enforcement forever.

As it turned out, the CT Agent’s investigation into the Tsarnaevs was never shared with the police in Cambridge, where the Tsarnaevs lived, nor with the Boston police, which ran the Boston Regional Intelligence Center. The CT Agent, who could not be reached for comment, didn’t even share the information with his Joint Terrorism Task Force counterparts from the Department of Homeland Security (DHS). When asked about the CT Agent, the FBI declined to speak about him or any specific agent. As for the Russians, the Boston FBI field office sent a letter to the FSB dated August 8, 2011, through its legal attaché in Moscow, stating that its agents had found “nothing derogatory” about the Tsarnaevs. Months later, though, Tamerlan flew to Russia, where he would meet the very men the FSB had warned American counterterrorism officials about: Tamerlan’s mother’s cousin, Magomed Kartashov, and William Plotnikov, a notorious extremist.

In a strange twist, evidence would later show that Tamerlan somehow clandestinely recorded many of the conversations he had with Kartashov without his relative’s knowledge—recordings that would eventually be introduced by Dzhokhar’s attorneys during trial to bolster the defense’s assertion that the younger brother had come under Tamerlan’s corrupting influence, just as Tamerlan had sought guidance on jihad back in his homeland. 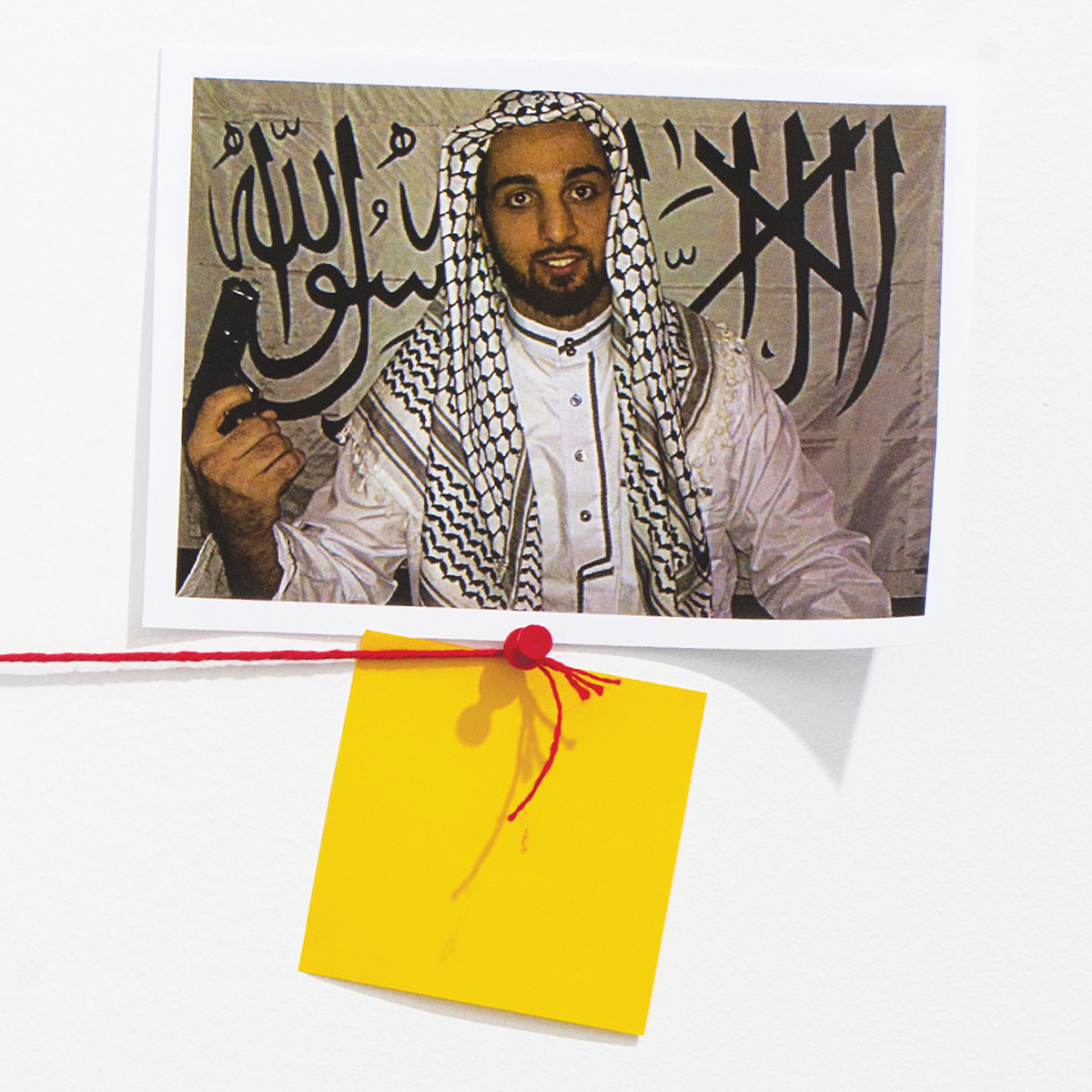 Artifacts from the collection of the author.

On January 21, 2012, Tamerlan departed from Boston’s Logan Airport and connected at JFK for a flight to Moscow. By then he was on two different terrorist watch lists, though that fact never slowed him down.

The first was the Terrorist Identities Datamart Environment (TIDE) database, which is the repository of all international terrorist identifier information shared by the FBI, CIA, and an alphabet soup of U.S. intelligence agencies. The National Counterterrorism Center maintains it by adding biographical or biometric identifiers. The second watch list was TECS, which is not an acronym but takes its name from an outdated system of identification checks from a now-defunct federal agency. TECS, aimed at flagging potential terror suspects as they cross borders, is a system allowing customs agents to file reports about any “encounter with a traveler, a memorable event, or noteworthy item of information particularly when they observe behavior that may be indicative of intelligence gathering or preoperational planning related to terrorism, criminal, or other illicit intention,” according to the DHS. Despite Tamerlan’s being on both of those lists, he still left Logan without a hitch.

Nearly six months later, upon arrival in the United States after spending time overseas in a terrorist hot spot, he faced little to no resistance from U.S. Customs. The purpose of the FBI’s and CIA’s placing Tamerlan on the watch lists was to create an alert any time he traveled. But inexplicably, that never happened.

Then there was the question of his passport, which Tamerlan had reported stolen—or at least that’s what he told his ex-wife, Katherine Russell. The last valid passport that Tamerlan possessed came from Kyrgyzstan, where he had grown up, and was slated to expire on November 16, 2012. Tamerlan applied for a Russian passport to replace the one issued in Kyrgyzstan that he had used to gain entry into the United States as a political refugee in 2002. But, as congressional investigators would discover, he left Russia without ever collecting the new passport.

Still, when Tamerlan landed at Logan on July 17, 2012, he had no problem whatsoever. A customs agent “scanned Tsarnaev’s Alien Registration Card into the computer system used during primary inspection. The card was valid, and as a result, CBP [Customs and Border Protection] took Tsarnaev’s picture, collected his fingerprints, confirmed his identity, and admitted him into the country based on his LPR [legal permanent resident] status,” according to the OIG. However, the report states, the Customs and Border Protection officer who processed Tamerlan told investigators he “could not recall” processing Tamerlan or if he alerted the FBI regarding Tamerlan’s return to the United States without a passport. He did explain to the inspectors that officers like him communicate with the FBI about potential terrorist watch list suspects’ travel with “email, orally, or via ‘sticky note.’”

Stranger still was the testimony from then–Homeland Security Secretary Janet Napolitano during a Senate Judiciary Committee hearing on immigration policy on April 23, 2013—just days after Tamerlan died—that the name on his airline ticket did not match the name on his green card, saying, “there was a mismatch.” She publicly declined to elaborate.

Surely to stop Tamerlan at the airport for additional screening based on his physical profile alone—he was a Muslim male with a long beard—or because he was leaving a terrorist hotbed would have been insensitive racial profiling. But the idea that a man whose name was on two terrorist watch lists somehow managed to clear customs because, government officials claimed, his name was misspelled on those lists, is inconceivable. This is especially true given the multimillion-dollar computer program the DHS had purchased to prevent that very sort of thing from occurring. Even after the Russians had inexplicably notified the United States in writing about his radicalization in 2011, and despite being on multiple terror watch lists, Tamerlan was allowed to travel to a terrorist hot spot and return without being questioned.

All of this looks strange—even stupendously negligent—to the casual observer. But to the trained eye, it might look like something else entirely. Former Somerville Police Chief Tom Pasquarello, a longtime DEA agent who has supervised his own confidential informants, had noticed similarities between Tamerlan’s case and his own use of so-called CIs during multiple takedowns all over the world. As a longtime law enforcement official, he says, the seeming coincidences cannot be ignored. They make no sense—not Tamerlan’s trip to Russia, nor his return without a passport while on two separate terror watch lists. Unless, that is, Tamerlan was trying to lure like-minded radicals in an effort to collect information and report back to U.S. law enforcement. “You pull a string on Tamerlan’s life,” Pasquarello said, “and all you get is unanswered questions.”