Elizabeth Warren Among Top 10 Most Unpopular Senators in America 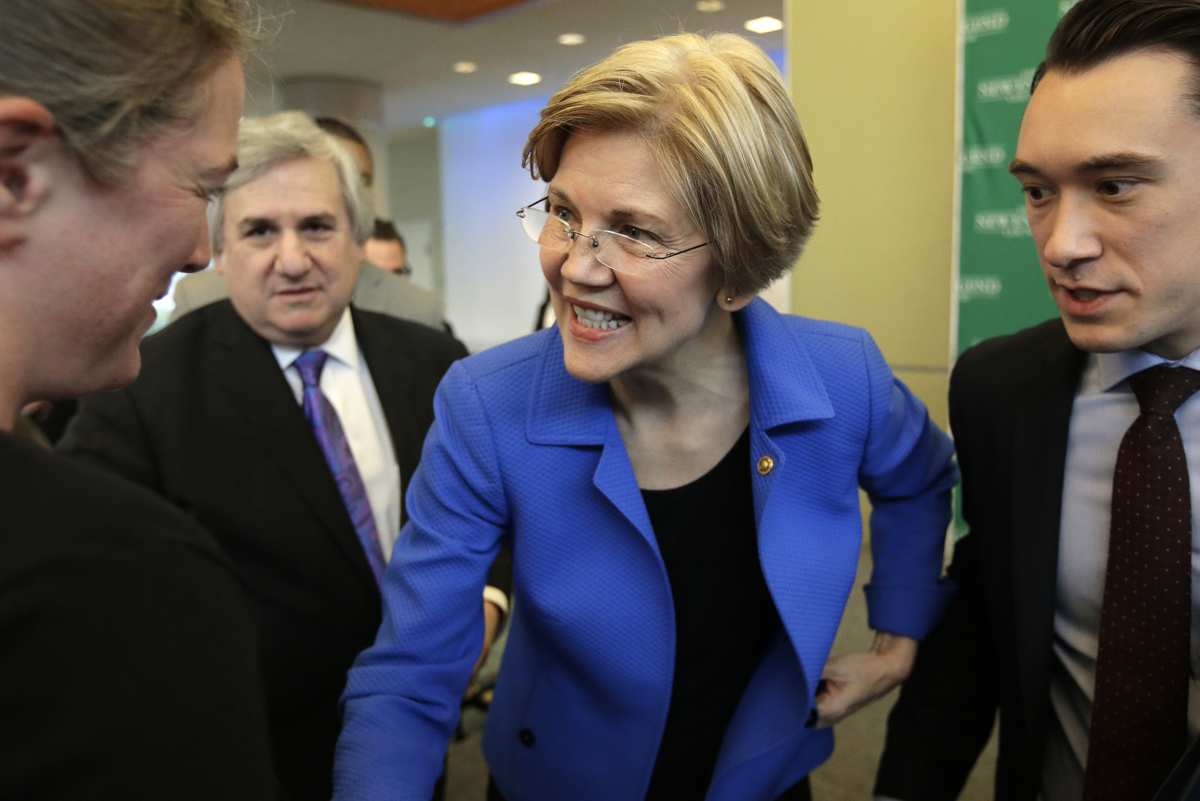 Elizabeth Warren is the ninth-most unpopular senator in America, according to a new poll released Tuesday by Morning Consult.

Fifty-six percent of voters approve of the outspoken Massachusetts Democrat, while 38 percent do not, landing her between Florida’s Marco Rubio and Nevada’s Catherine Cortez Masto. Though Ed Markey enjoyed a 55-percent approval rating, one in five respondents said they don’t know enough about him to have an opinion.

With a formidable 75-percent approval rating, Bernie Sanders ranked the most popular senator in America, with fellow Vermonter Patrick Leahy following in second with 70 percent. Maine’s Angus King and Susan Collins, an Independent and a Republican, finished fifth and sixth, respectively.

A WBUR poll released in January suggested that many voters aren’t so loyal to Warren, with 46 percent saying it’s time to “give someone else a chance,” and 44 percent saying she deserves reelection in 2018.