Massachusetts’ Environment Is Under Much Greater Threat Than You Think 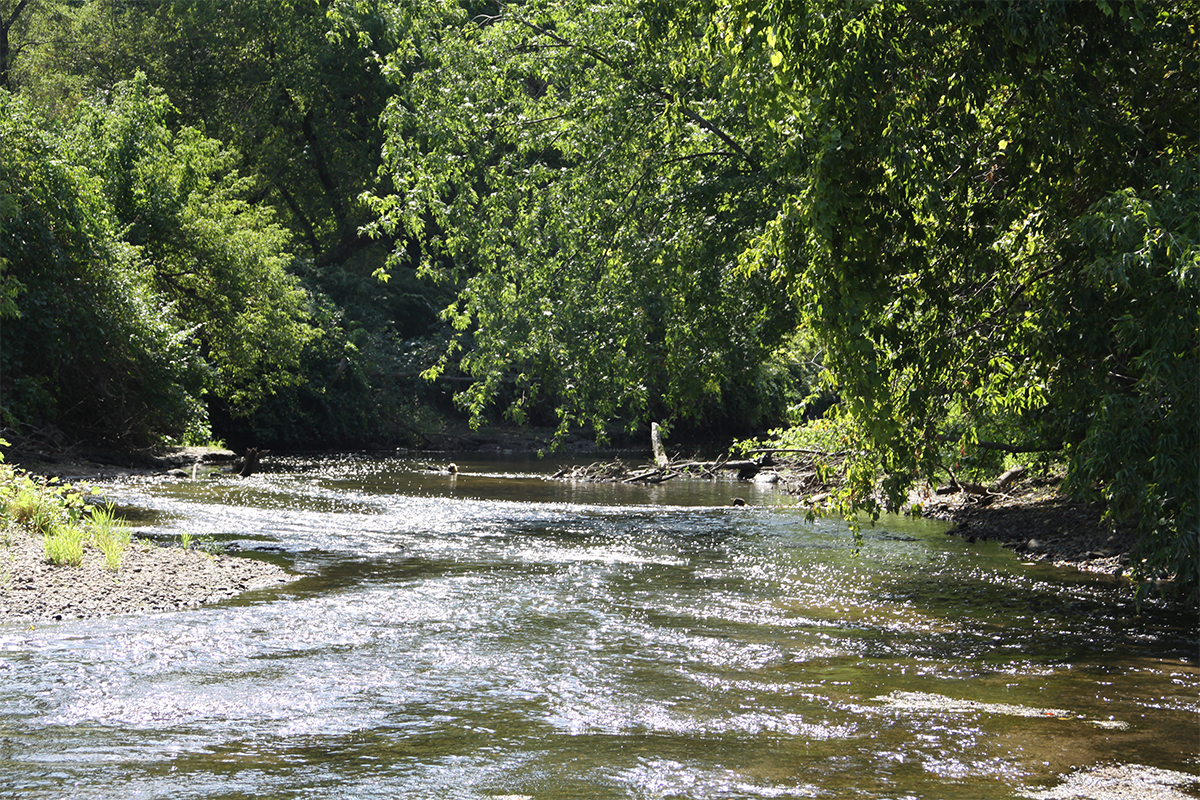 The Housatonic River photo by WBUR Boston’s NPR News Station via Flickr/Creative Commons. The Housatonic was part of a massive EPA cleanup effort.

Last month, the Trump administration announced plans to slash the EPA’s annual budget from $8.2 billion to $5.7 billion, a 31 percent plunge. Then, earlier this week, we were blessed with greater insight into the precise methods by which the Trump administration would like to rip the country’s ability to protect the environment tree limb from limb, when an internal EPA memo was leaked to the press.

The memo suggests the cuts would be even larger than previously thought: 25 percent of the staff would be fired and over 200 programs would be eliminated or reduced. A rollback that large would be unprecedented, but the political culture underlying it should by now be familiar: The EPA, Congressional Republicans’ favorite budgetary piñata, has seen its funding reduced by 28 percent over the last six years, including a 41 percent dip in funding to help states and tribes implement clean air and water programs.

But Massachusetts, instead of making up for these losses on its own, has done the very opposite. According to a Boston Globe review of public records, the MassDEP has seen its staff cut by almost a third, and enforcement actions for serious violations have plummeted by more than half over the last decade.

Taken together, this is desperately bad news for Massachusetts. If some version of Trump’s proposal is passed, says Kimmell, who is now the president of the Union of Concerned Scientists, a creeping problem could devolve into a crisis before our eyes. “If people aren’t vigilant and speaking up, there is that risk,” he says. “I think people are taking clean water and clean air for granted, and not realizing that these are things they have to pay for.”

While it’s still unclear what the future holds for the budget proposal, there are some very clear ways Massachusetts faces danger, given the degree to which its own environmental agencies have already been affected.

Even the Most Basic Protections Are Under Threat

It almost goes without saying that the plan would eliminate environmental education and climate change research. But with the elimination of many federal grants, even the most basic protections against water and air pollution would be threatened —a problem Massachusetts hasn’t faced in decades.

According to the Office of Energy and Environmental Affairs (EEA), Massachusetts environmental agencies together currently receive $66 million yearly in federal grants, including $20.3 million from the EPA. About a third of MassDEP’s $51 million operating budget comes from federal funds.

That well could soon dry up: Trump’s plan includes a $484 million reduction below the 2017 level—a 45 percent decrease—for environmental “Categorical Grants,” the main source of federal aid to the states. This, the document proclaims, “returns the responsibility for funding local environmental efforts and programs to State and local entities.” According to the leaked memo, grants for things like pesticide enforcement, air and water quality management, and public water system supervision would be reduced sharply; those for monitoring lead and radon would be eliminated entirely.

How Environmental Regulation Is Changing

26 percent: Shrinkage in workforce at MassDEP over the last decade

31 percent: Reduction in the EPA’s budget under Trump’s proposal

45 percent: Planned decrease in categorical grants from Trump, which are the primary federal environmental protection money provided to states

The loss of those grants affecting waterway protection would be doubly harmful in Massachusetts: Unlike in most states, the EPA is largely responsible for enforcing water pollution standards in Massachusetts, issuing permits “that control how much and what kind of pollutants may be discharged to the state’s water bodies,” says Julia Blatt, Executive Director of the Massachusetts Rivers Alliance. Given the lack of interest from Trump’s EPA head, Scott Pruitt, in environmental regulation, regulating the waterways could potentially head to the states.

Acknowledging “the uncertainty in Washington,” Governor Charlie Baker filed legislation on March 8 that would bring this responsibility instead under the purview of Massachusetts, as many other states have done. But MassDEP, given the years of cuts it’s faced, is in no shape to take this on. Since 2000, the department has seen its staff of full-time employees drop from 1,173 to 655, and with a multi-year backlog in water quality monitoring, the agency is already struggling to complete its existing duties.

“It’s a very complicated and expensive program to take over,” Kimmell explains. “DEP has suffered dramatic budget cuts, and unless it really has the funding to do this program, it could be a difficult situation for the DEP.” If the federal government isn’t regulating water care, and MassDEP’s workforce is decimated, who’s keeping the water supply clean in the state?

Hazardous Waste Cleanup Gets Swept Under the Rug

Yet another area that would be affected by a decrease in EPA intervention is industrial waste sites around the state. “If we lose the grants that come from EPA to do brownfield projects and do cleanups—that’s a real potential loss,” Kimmell says.

That’s exactly what could happen: Trump’s budget plan would involve the elimination of Categorical Grants for brownfield redevelopment and a 31 percent reduction in the Hazardous Substance Superfund Account.

The Daily News of Newburyport reported that Massachusetts has received more than $111 million from federal grants for its brownfield program over the last two decades, which redevelops abandoned sites contaminated by industrial pollutants. Those funds are critical for the state. Many brownfields still dot Massachusetts gateway cities, former industrial centers that have faced significant economic hardship since the state’s economy transitioned away from manufacturing in the later decades of the 20th century.

“A lot of these cities that are struggling with a lack of economic growth, part of the reason is there’s a legacy of contamination on some of their prime industrial land,” says Kimmell.

But the neglect of industrial centers isn’t the only potential economic cost.  Trump’s plan would also have wide-ranging effects on the state’s profitable tourism industry, and harm anyone local working in the burgeoning field of green energy.

“In Massachusetts, investments in land and water are a major driver of the Commonwealth’s $30 billion tourism economy,” says Steven Long, the director of government relations for the Nature Conservancy in Massachusetts.

Pruitt may be “looking at one narrow slice of the equation and not looking at [the effects of environmental regulation] throughout the whole economy,” says Kimmell. “This is a false choice between the environment and jobs, and we need to recognize that.” One review of the economic impact of ecological restoration efforts by the Massachusetts Department of Fish and Game found that the economic dividends of the project far outweighed the costs. If there are suddenly a lot fewer fish to be found in our waterways, people are going to stop traveling to the state for them, and stop bringing their tourism dollars with them.

Remember: This Is Not All on Trump

It all paints a pretty grim picture. How did we get to this point? The answer is simple, says Kimmell: We’ve grown complacent.  Though three out of four U.S. adults believe the country “should do whatever it takes to protect the environment,” voters rated the environment only the twelfth most important issue of the 2016 election.

“In a way, environmental agencies are a victim of their own success,” says Kimmell. Urban pollution was a public health crisis in the 1960s, and public pressure spurred the creation of the EPA in 1970, which was so successful at eliminating pollution that the issue fell out of the political discourse. “The air is cleaner, water is cleaner, more open spaces [are] being protected, so people think that’s just the natural situation,” he explains.

People may appreciate the idea of environmental regulation in the abstract, says Blatt, but “without a strong EPA or DEP, we run the risk of backsliding to the days when rivers ran red, orange, and black with industrial pollution, smelled of raw sewage, and water was not reliably safe to drink.”

It’s time to start talking about the environment again—or else, says Kimmell. “We know from things like what happened in Flint, Michigan or the chemical spill in West Virginia that when you stop enforcing environmental laws, you get terrible results. No one should be lulled into a false sense of security about this.”