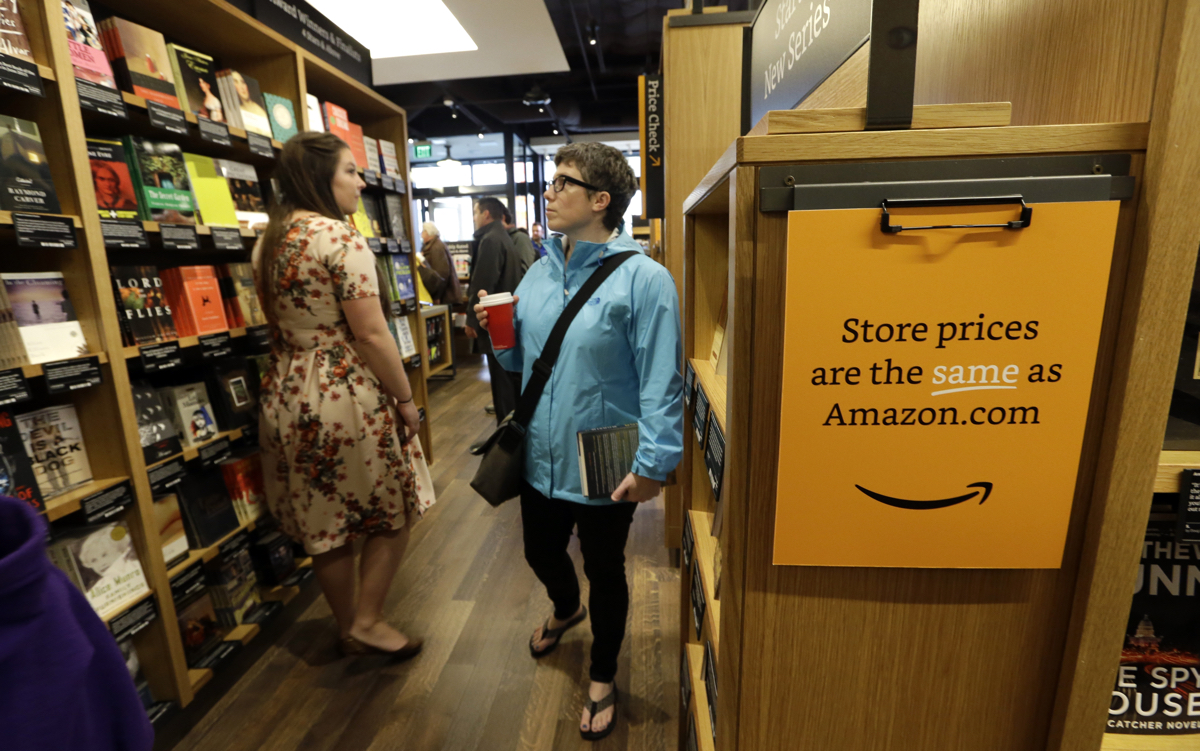 Amazon is poised to open its second brick-and-mortar bookstore in Massachusetts next week, at the MarketStreet open-air retail complex in Lynnfield near Route 128.

Billed as a “store without walls,” the bookshop will feature titles selected based on customer ratings, pre-orders, sales, and popularity on the Amazon-owned community book review site Goodreads. Customers can also try out Amazon’s various tablet lines, or simply add items to their wish list for others to purchase.

“We’ve built a store that integrates the benefits of offline and online shopping to give customers an additional way to discover books and devices they’ll love,” Amazon said in a release. The Lynnfield location will open its doors Tuesday, April 18.