Recovered from the trash, the skates will be auctioned for a good cause. 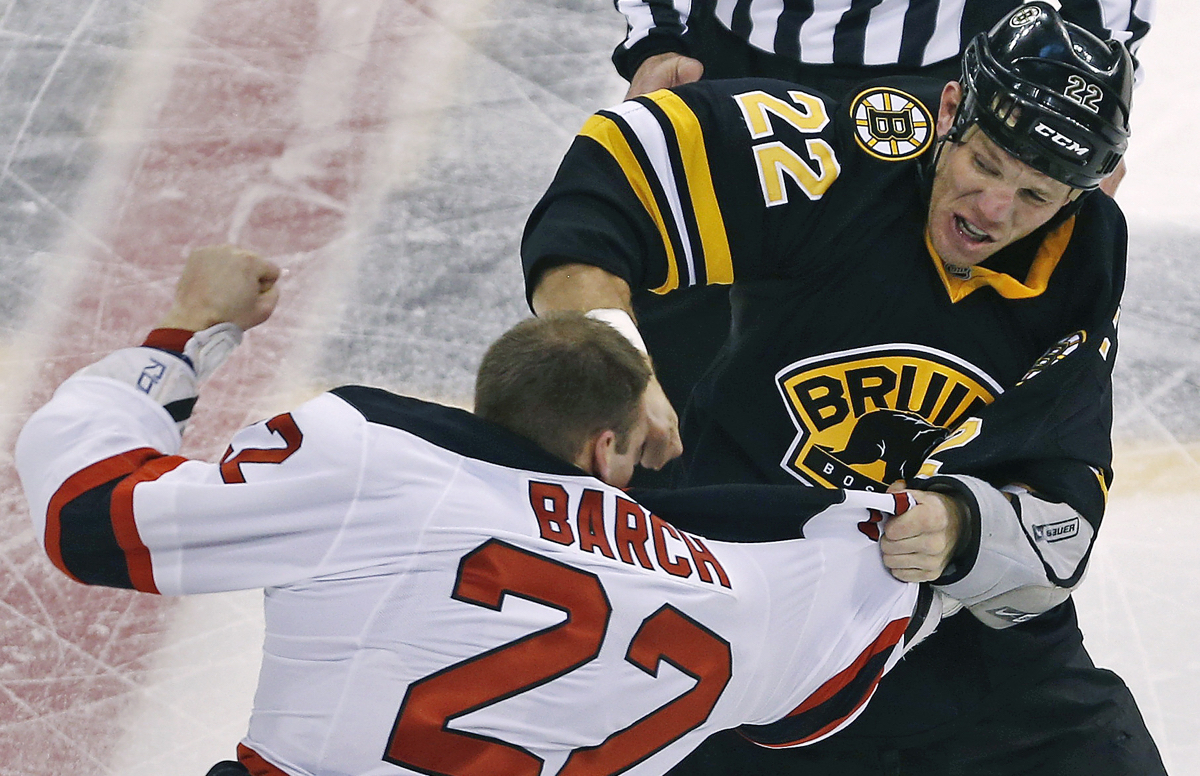 Instead of “hanging up his skates” as the cliché goes, Thornton had promised the team’s equipment manager he would toss his skates in the trash after his last game “so he wouldn’t have to deal with them,” the two-time Stanley Cup champion told the Sun-Sentinel. Lo and behold:

Shawn Thornton said he would toss skates in the trash after final NHL game – and there they are. pic.twitter.com/B2DBNn04Vc

Luckily, the skates weren’t long for the trash. Thornton’s eponymous foundation, which benefits those affected by cancer and Parkinson’s disease, tweeted Tuesday night that it will auction them off at a later date.

The skates that Shawn wore during his final game have been recovered and will be auctioned off to benefit the Shawn Thornton Foundation pic.twitter.com/SzZQu1zIxb

The 39-year-old was a fan favorite throughout his seven seasons in Boston, where he helped end the Bruins’ 39-year Stanley Cup drought in 2011, and was deeply involved in the community. Revered for his willingness to stick up for a teammate no matter the size of the other guy, Thornton racked up more than 1,100 minutes in the penalty box during his career.