The Swan Boats Are Back for 2017 This Weekend

They return on Saturday, April 15. 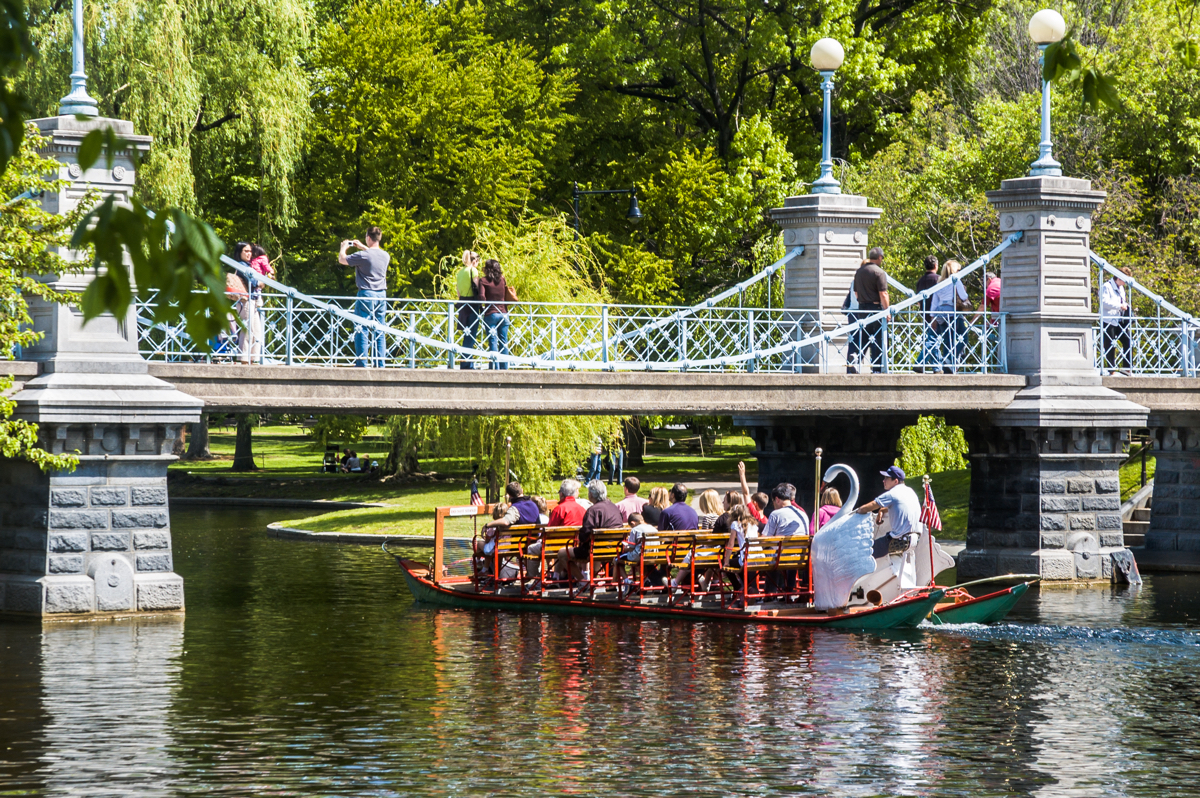 Attention tourists, and Bostonians who can appreciate how fun and chill the swan boats truly are, we’ve got some good news for you: The swan boats are back.

Tours on the pedal-powered pontoon boats begin on Saturday at 11:30 a.m., kicking off their five-month-long season in the Public Garden’s picturesque lagoon.

Boston Mayor Marty Walsh will be on hand for their debut, taking the inaugural ride with a group of children from Boston Public Schools.

“This will be the 141st year the Swan Boats have entertained residents and visitors in the Boston Public Garden,” Walsh  says in a statement. “Boston is ready for spring, and it’s a wonderful tradition to join the Paget family and Boston students for the first springtime ride around the Public Garden lagoon.”

For the uninitiated, the way a swan boat works is you sit on a bench on the boat while someone pedals you and your family around the lagoon for a leisurely journey that lasts between 12 and 15 minutes. Compared to most of the summer activities around Boston, the swan boats are pretty affordable: $3.50 for adults and $2 for children. On a nice day, as many as 2,000 people ride them.

The boats were the brainchild of a man named Robert Paget, who first started pedaling customers around the lagoon in 1877. According to the history posted on the swan boats’ website, Paget was inspired by a Wagner opera.

The idea came to him from his familiarity with the opera Lohengrin. The opera is based on a medieval German story in which Lohengrin, a knight of the Grail crosses a river in a boat drawn by a swan to defend the innocence of his heroine, Princess Elsa.

A fourth generation of the Paget family continues to operate them. The oldest boat is more than 106 years old.

To get things started for 2017, the boats were hauled in to the Public Garden on Wednesday. There’s a lot of pageantry involved, including driving the components of the boats in on an antique truck.

.@swanboats parts being delivered to #PublicGarden by antique truck. Assembly is beginning! Opening 4/15 11:30 am! pic.twitter.com/JU6JlVJIwo

Each of the 3o-feet long pontoons weigh 800 pounds, so it takes some effort.

They are dropped into the water, then assembled from there.

ALERT: The @SwanBoats are making its return to the Boston Public Garden today!

And so the swan boats’ 141st season begins.