Here’s How to Get Around Boston for the 2017 Marathon

Road closures, parking info, and other things you need to know. 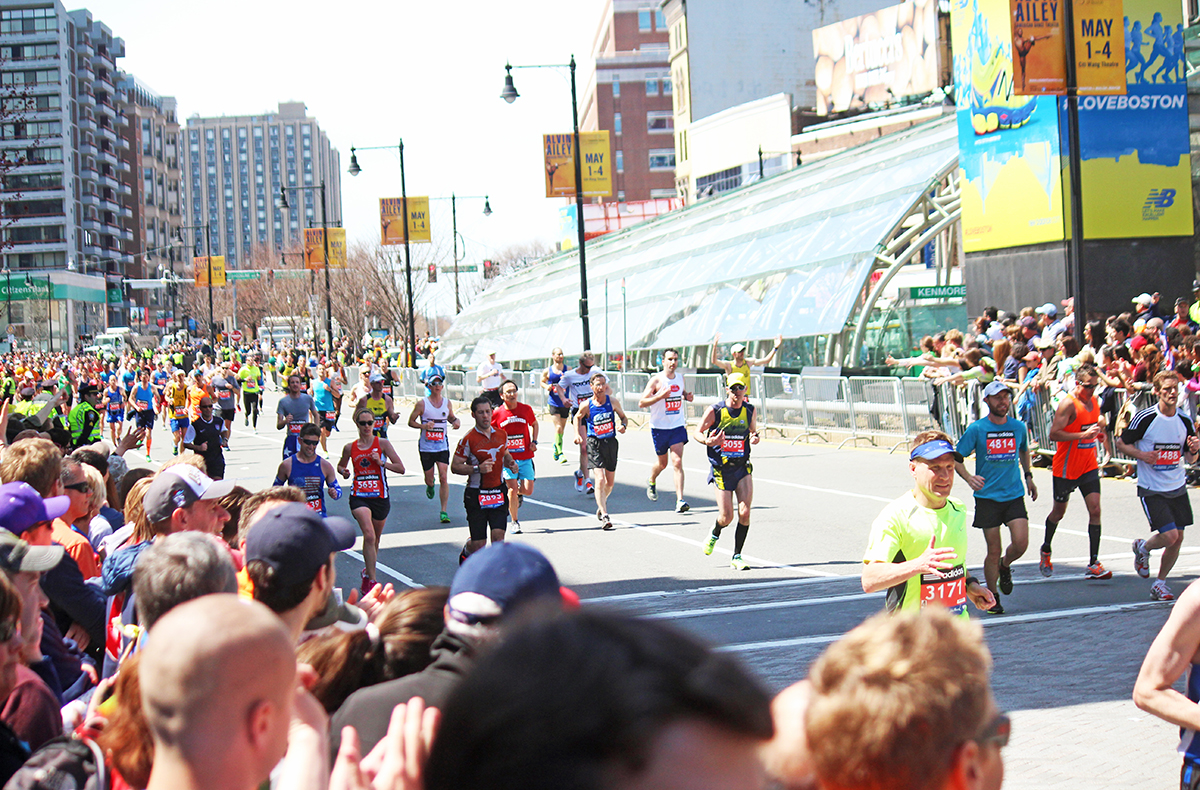 The 2017 Boston Marathon is almost here. And if you’ve ever done this before you know that, on Boston’s busiest weekend, it’s not exactly easy to get around. But don’t worry. We’ve got everything you need to know to make your day go as smoothly as possible.

Consider yourself warned. Boylston Street will be closed from Berkeley to Arlington Street beginning at noon on Sunday and will remain closed until Monday night.

Then on Monday day, these streets will be shuttered:

More specifics are available on the city’s website here.

No stopping will be permitted at the following streets:

Also, street cleaning has been cancelled for Monday during the day, but overnight sweeping resumes later that night.

The festivities don’t all happen on Monday. Look out for road closures on Saturday as well. Traffic will be restricted on Charles street beginning at 6 a.m., then on the route of the BAA 5k when it begins at 9:30 a.m. The footrace, which lasts about an hour, follows this path:

Next up is the BAA Invitational Mile, at which point these roads close:

The BAA Relay Challenge, for youth athletes, begins at 2 p.m. around Copley Square.

For those riding the commuter rail, the MBTA will be offering a $20 all-day pass for the Framingham/Worcester line this year, which let you hop on and off as much as you want. Trains will be running on a regular weekday schedule. The commemorative tickets—which are being offered for the first time this year—are for sale at MBTA ticket windows ahead of time or at Framingham/Worcester stops on Monday. Two additional trains will also be added on that line all day.

For the bus and subway, spectators can also buy a $12 all-day pass at ticketing machines. The subway will be running at rush-hour levels and the buses will be following alternate routes.

Bikes are prohibited on the T on race day. You can’t bring coolers, backpacks, and other large items are not permitted at the marathon, so don’t bring them on the T either.

Looking for fun stuff to do?