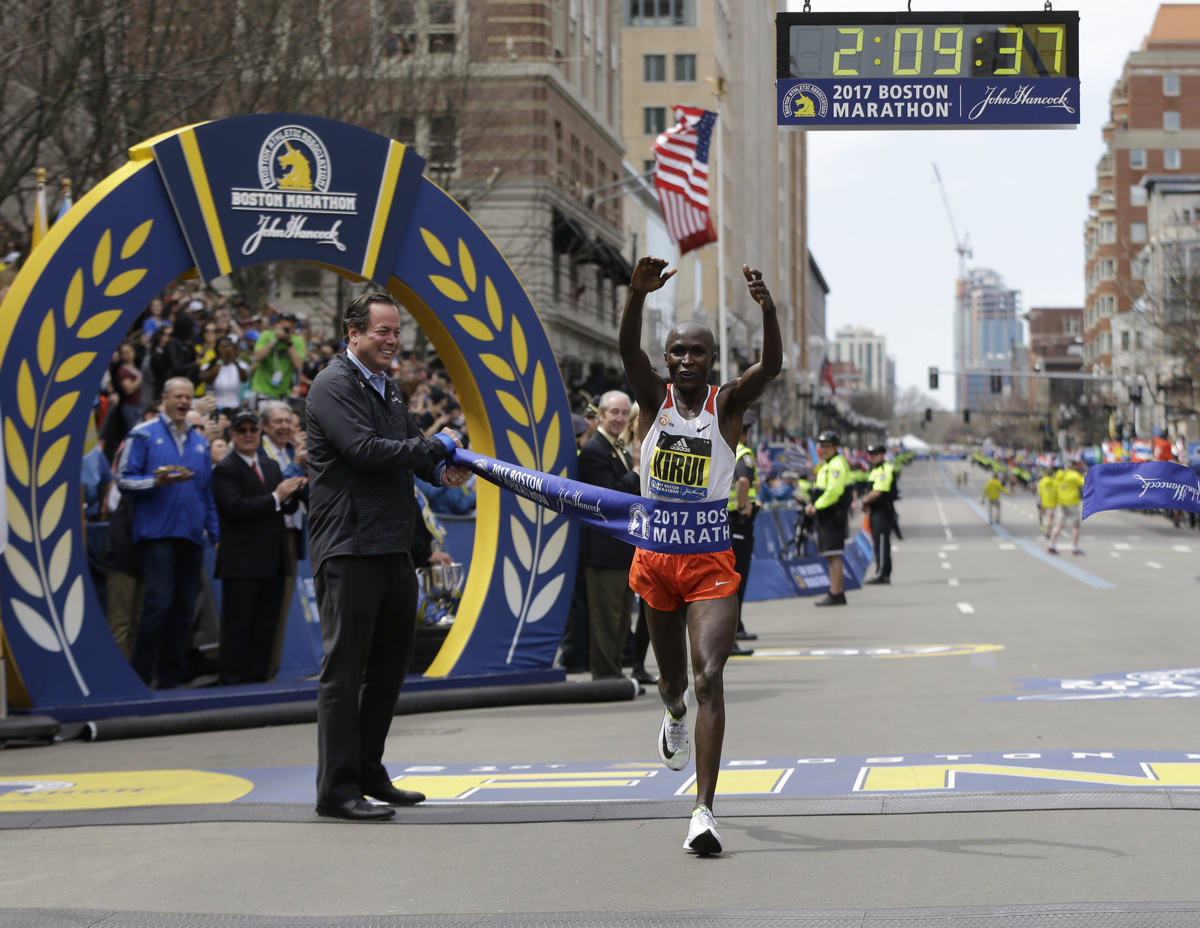 Geoffrey Kirui, of Kenya, won the men’s division with an unofficial time of 02:09:37. He pulled away from American Galen Rupp in the final stretch of the race for his first-ever win at the Boston Marathon. 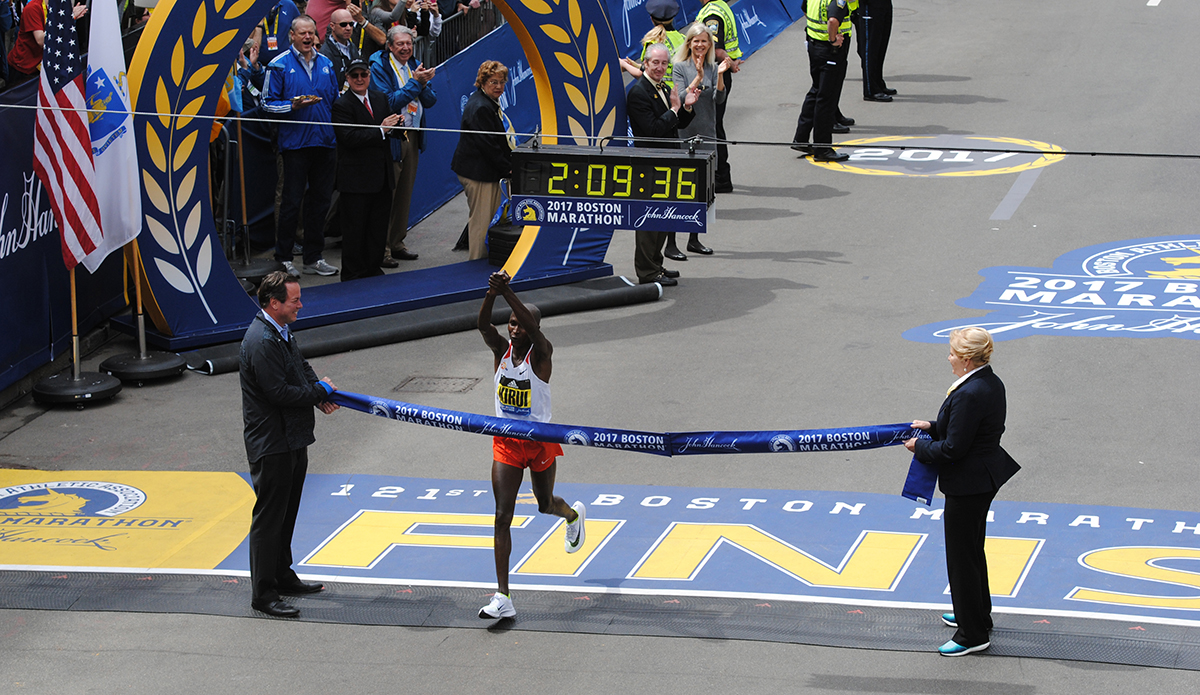 Edna Kiplagat, of Kenya, won the women’s division with a time of 02:21:52. She won by a wide margin, besting the second-place finisher Rose Chelimo, of Bahrain, by nearly a minute. It was also her first marathon win. 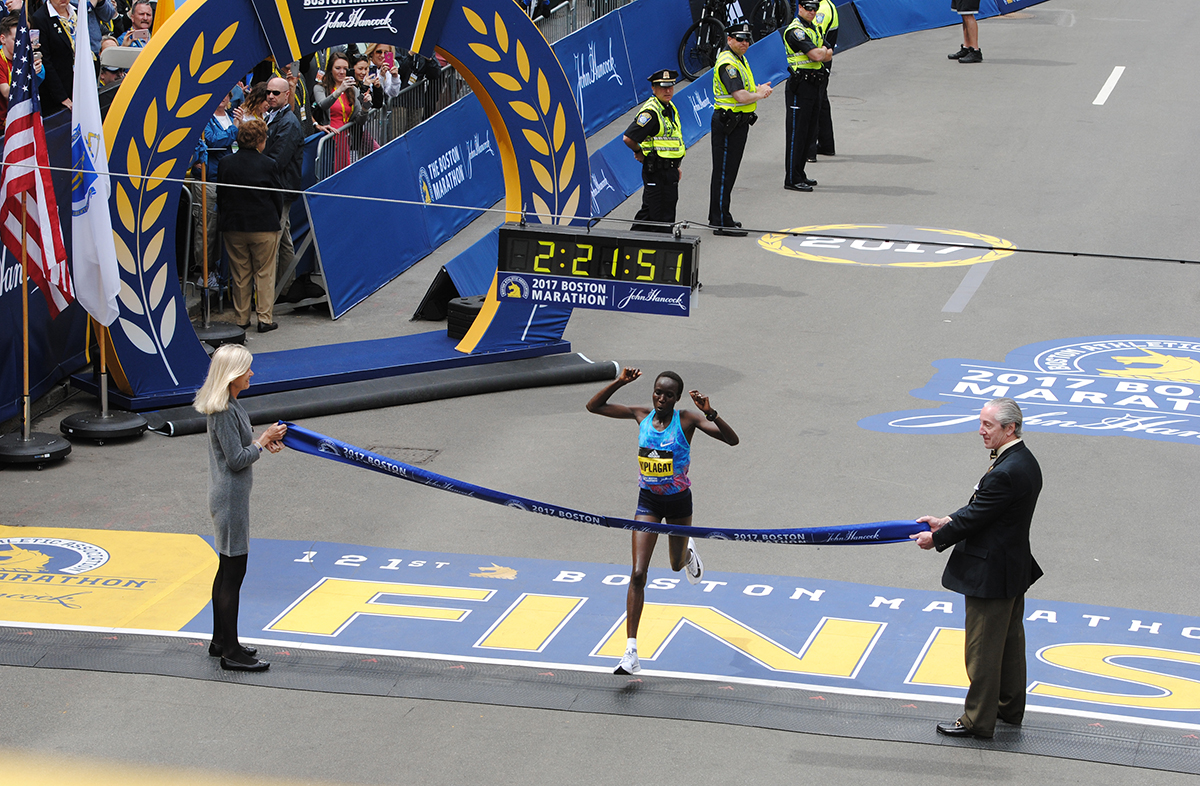 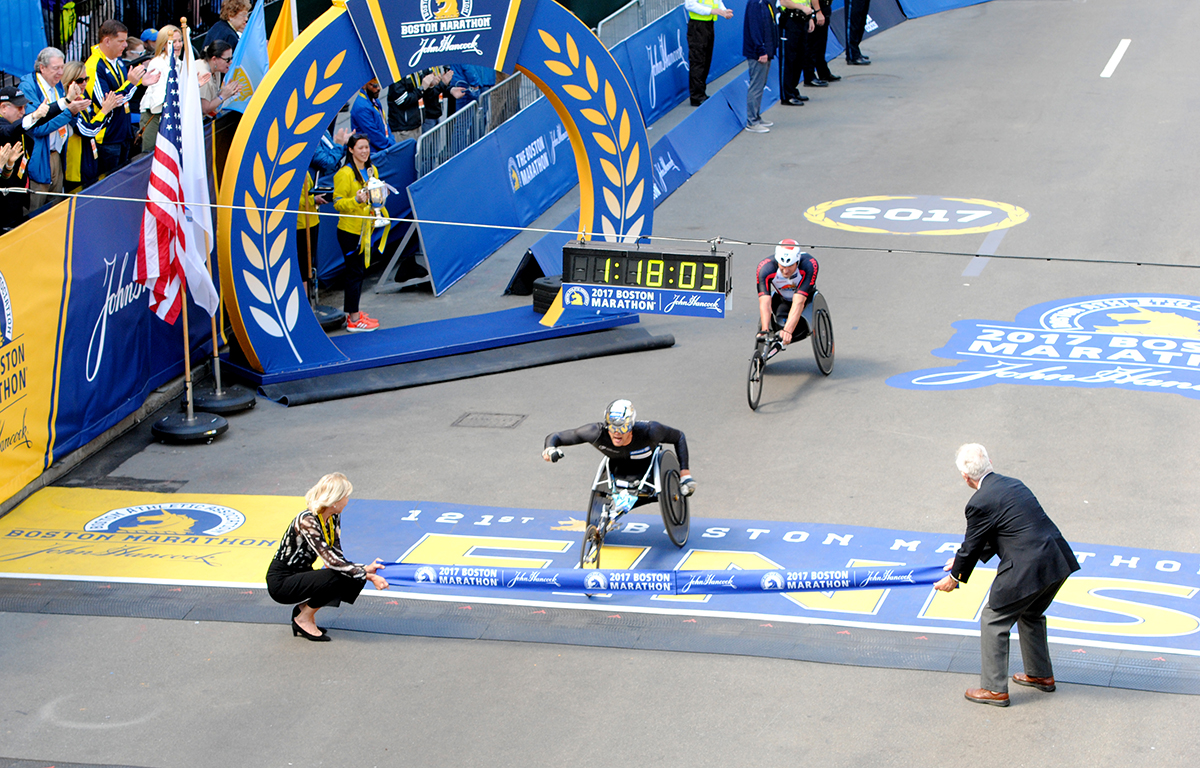 Manuela Schar, of Switzerland, won the women’s wheelchair division, shattering the previous marathon record in the process with a time of 1:28:16. The prior record time of 1:34:06 was set in 2011. 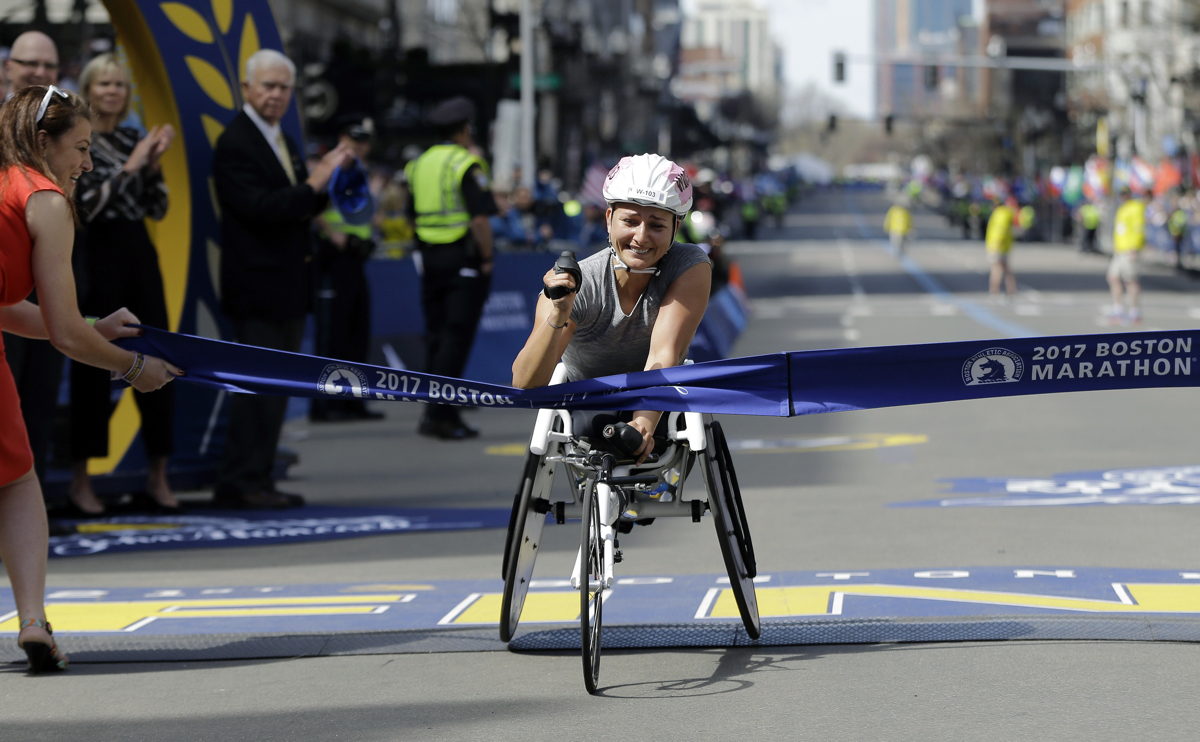 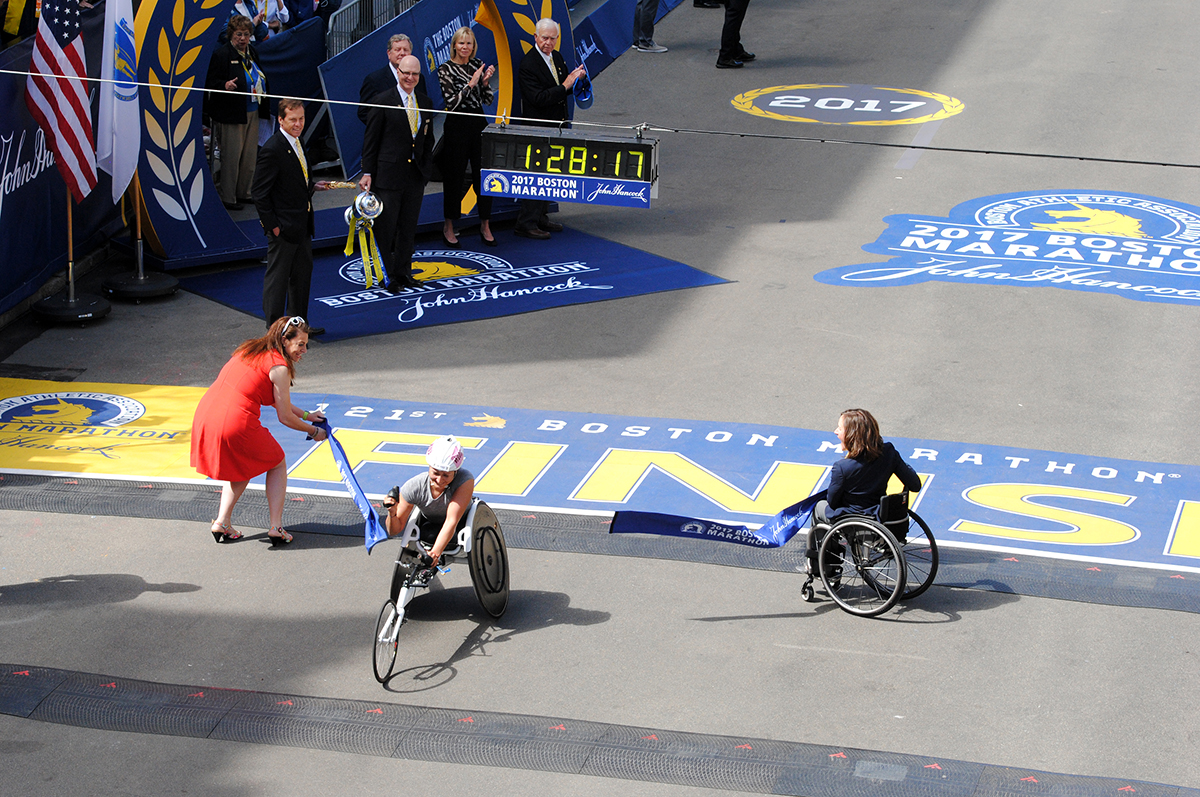 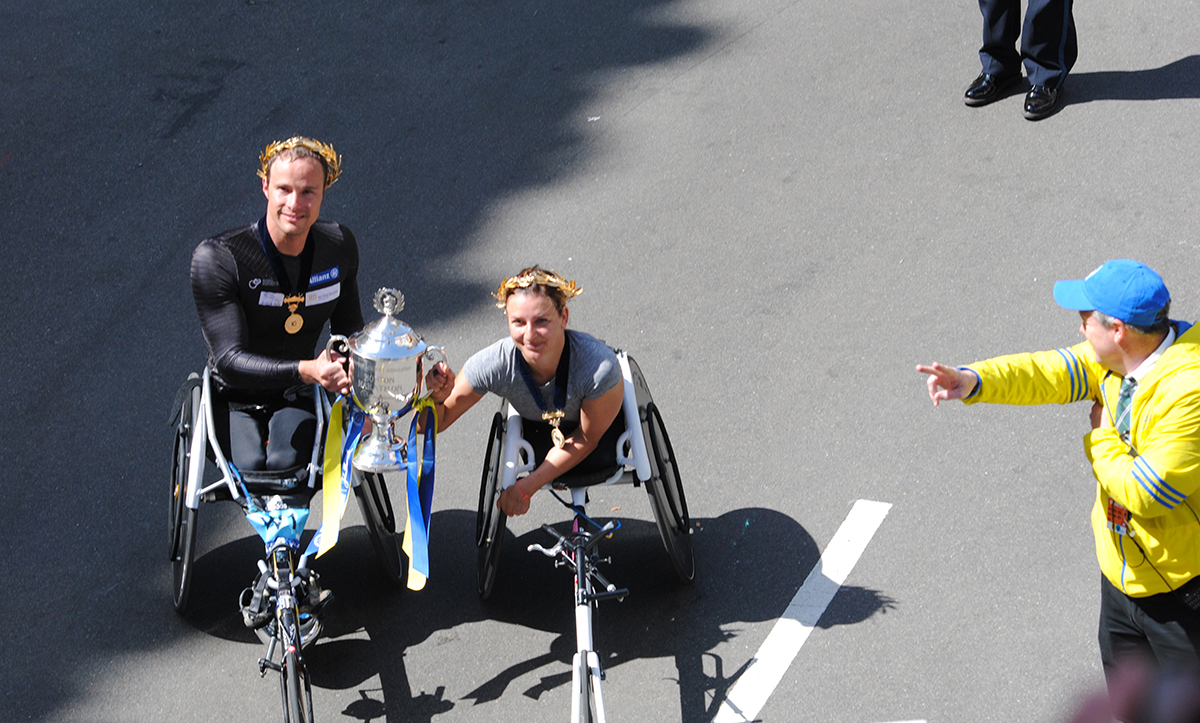 Tom Davis, of New York, placed first in men’s handcycles division. He finished in less than an hour, clocking in at 00:58:36. 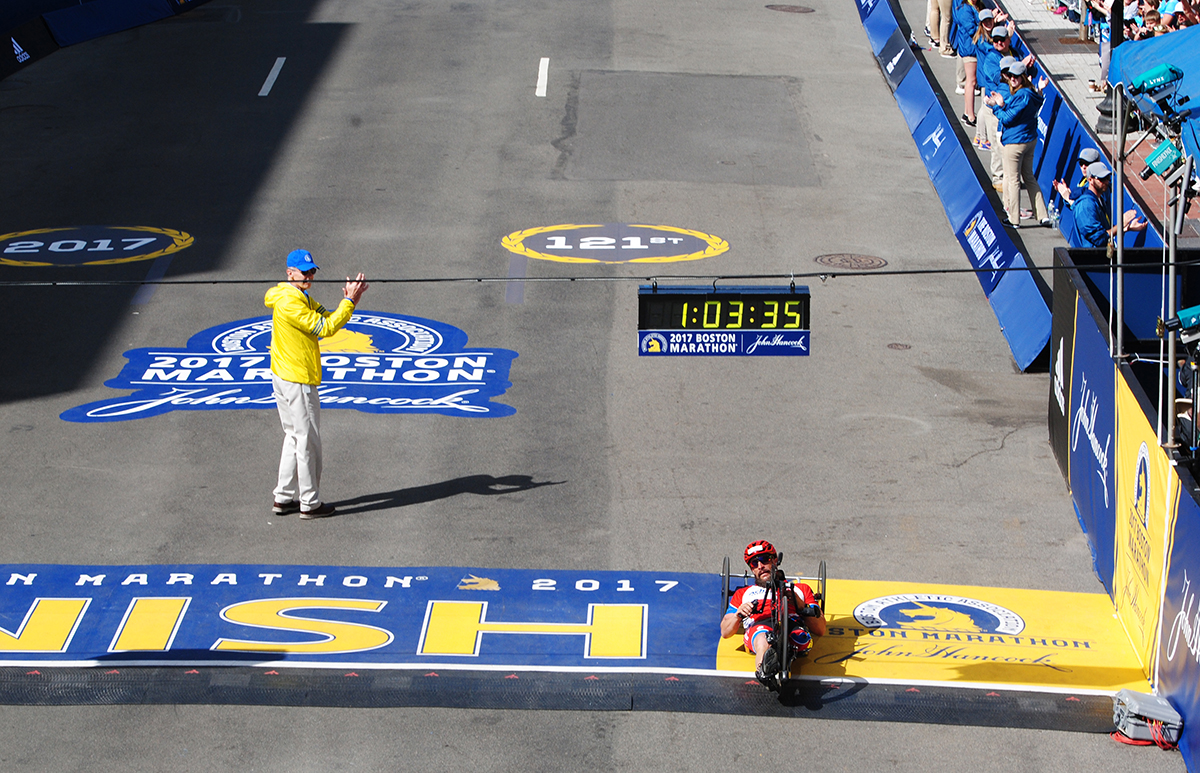 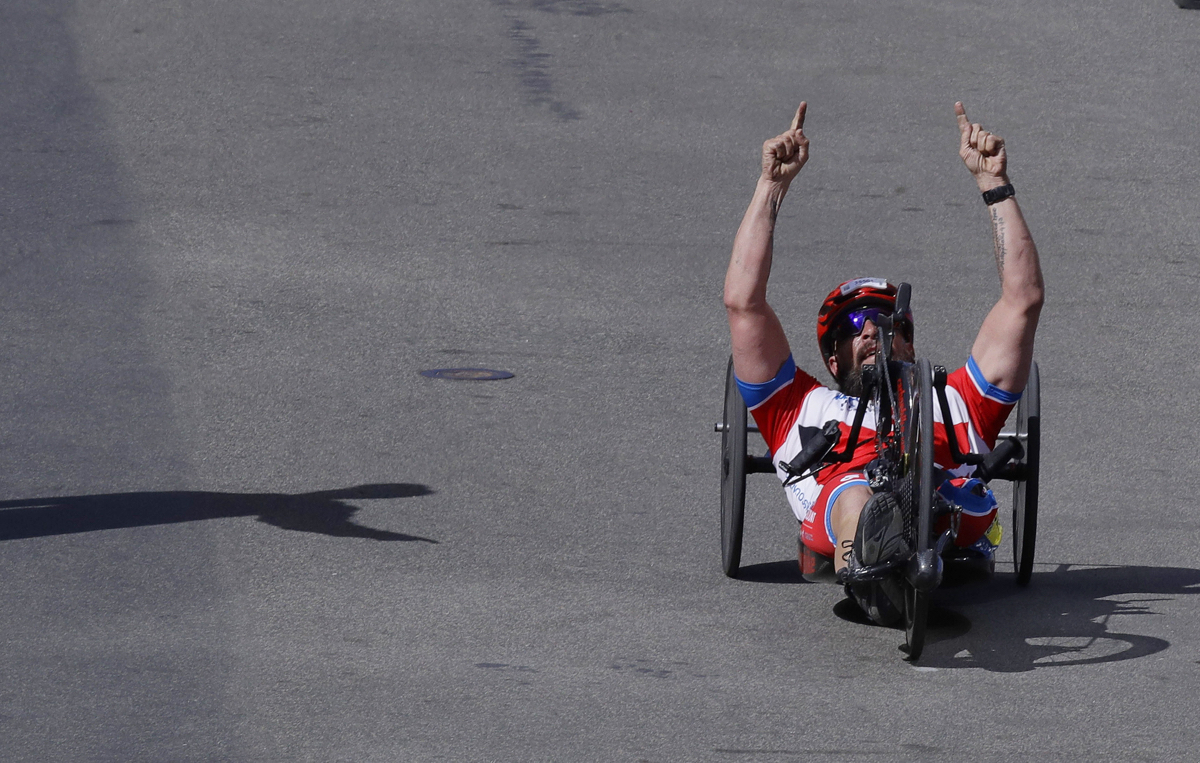 Michelle Love finished first in women’s handcycles with a time of 1:46:55. 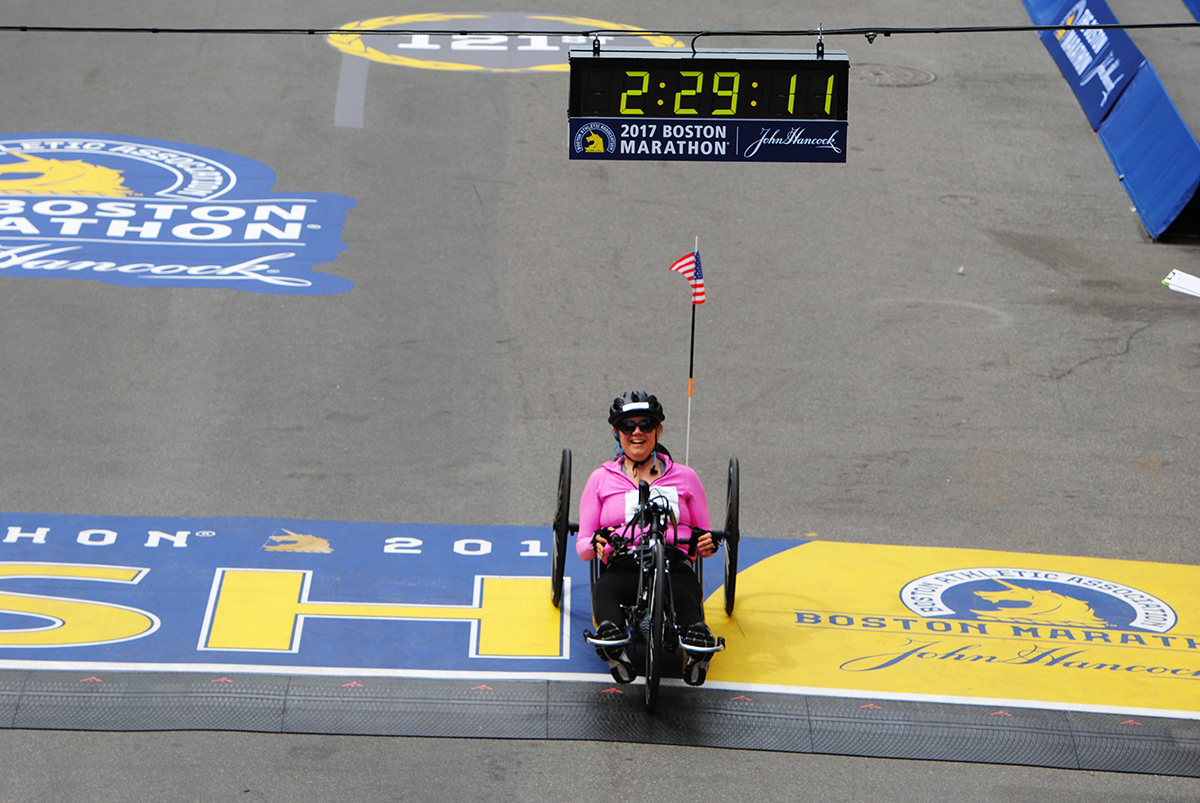 For more of the latest from the 121st Boston Marathon, check out our live blog!