Here Are the Best Moments from the 2017 Boston Marathon

The sun was shining, the crowd was loud, the signs were hilarious. 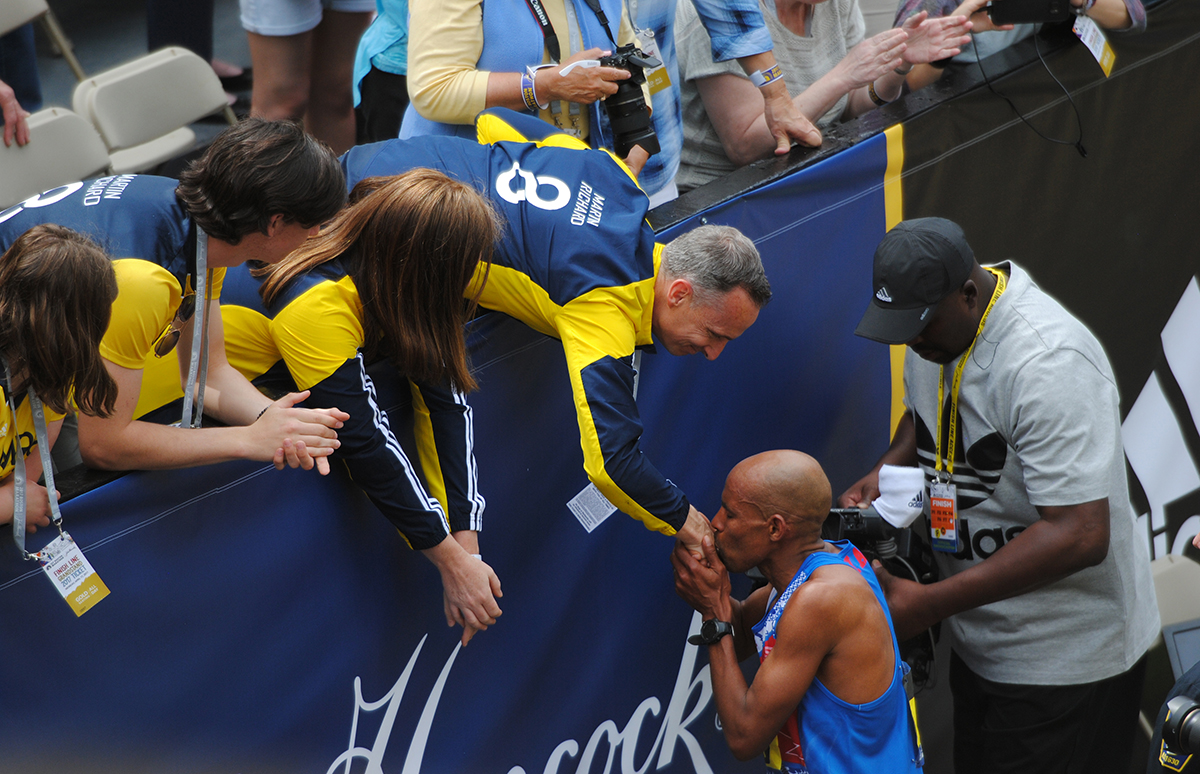 It doesn’t get much better than this. Runners and spectators were greeted with beautiful weather, the signs were on point, a Boston Maratyon legend made her triumphant return, and someone somehow wore a full-body gorilla suit in in 70-plus degrees.

Even if the day was kind of a bummer for the Allston partiers whose get-together had to be broken up early on, it was a success on pretty much all counts this year. And there were many memorable moments that fans of the legendary race won’t soon forget.

Here are just a few of our favorites. 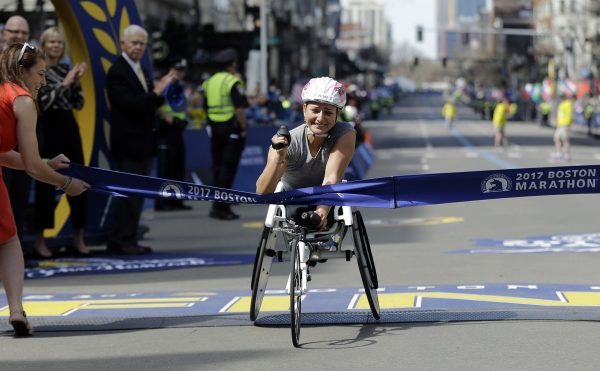 Not only did two Swiss wheelchair competitors break course records on Monday, but Manuela Schar absolutely shattered it. With a time of 1:28:16, besting the prior record time for the women’s division of 1:34:06 set in 2011, Schar made the 2017 marathon one for the record books. In the men’s division, Marcel Hug won by just one second, finishing with a time of 1:18:04 and beat the previous record of 1:18:25, set in 2012.

When Meb planted that kiss

Fan-favorite Meb Keflezighi embraced the Richard family in the stands and planted a kiss on the hand of Bill Richard, Martin Richard’s dad. Keflezighi have remained close since 2013, and the Richards are currently raising money for a park in memory of their son, so it was a pretty powerful exchange.

And, after what Keflezighi said would be his last race, the Boston Athletic Association gave him the Patriot’s Award.

Check out @runmeb receiving the @BAA‘s Patriot’s Award. He’ll be back in Boston for June’s @BAA 10k, presented by @BrighamWomens. pic.twitter.com/9YOaFIUWJq

On the 50th anniversary of her groundbreaking run in 1967 that made her the first woman ever to officially run Boston, she ran once again. To honor her legacy, the BAA is retiring her bib number this year. They plan to do so at a ceremony later this morning. But when she crossed the finish line yesterday, Boston celebrated with her. 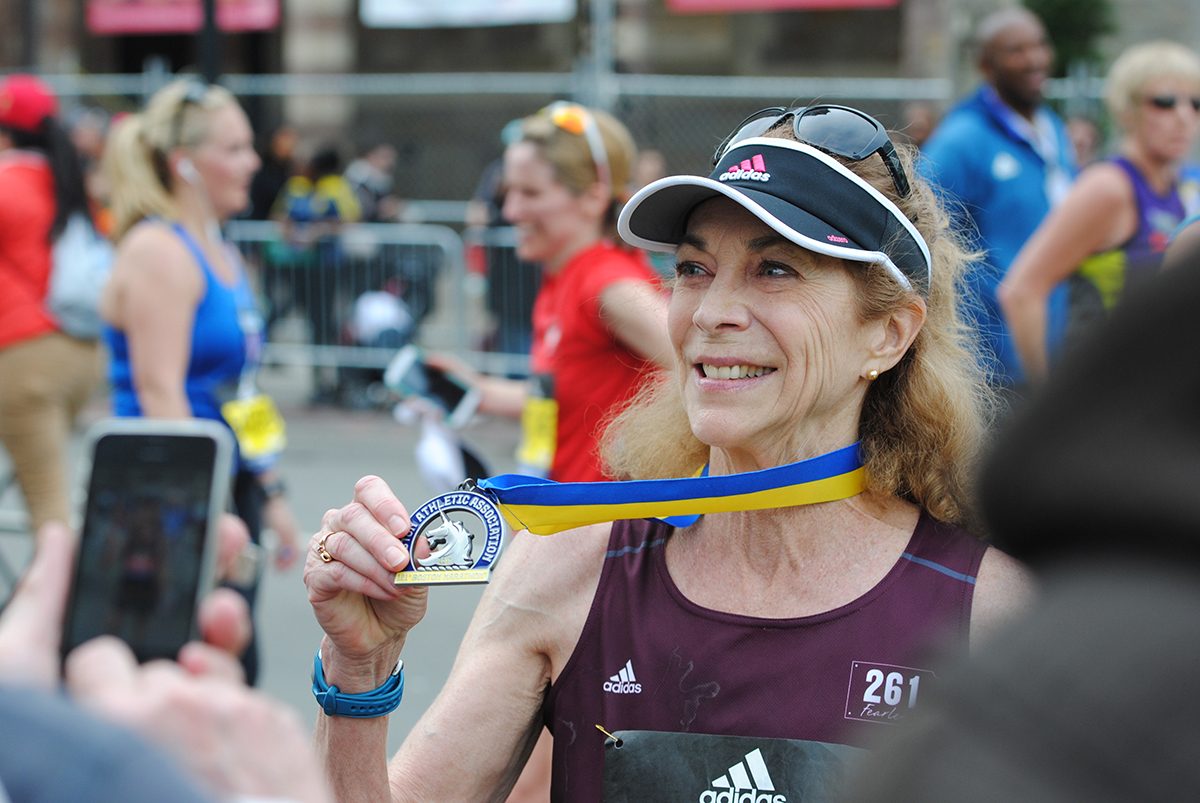 Kathrine Switzer was the first woman to run Boston as a numbered entry 50 years ago.Photo by Madeline Bilis 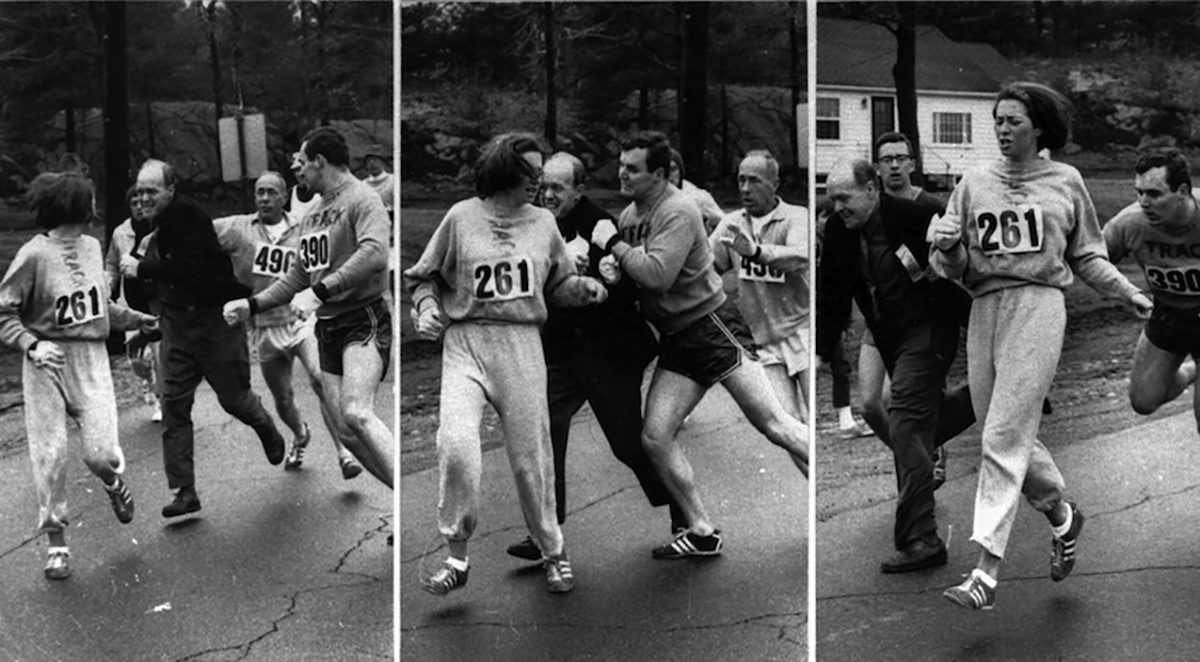 Women were not allowed to run at the time, and these now famous photos show when a race official tried to throw her out. But her boyfriend pushed the official away, allowing her to continue and finish the race.Photos via AP 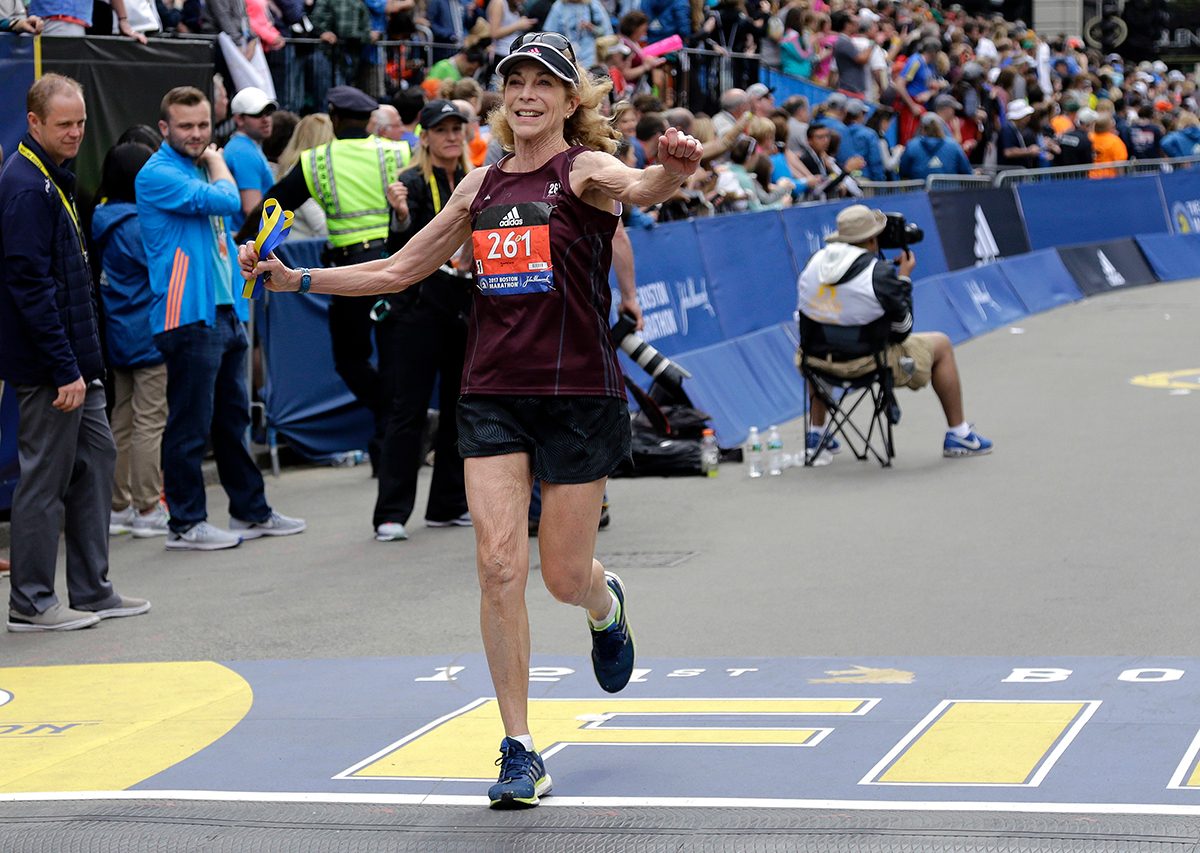 Switzer ran again this year with her original bib number, 261, which the BAA plans to retire in her honor.Photo via AP 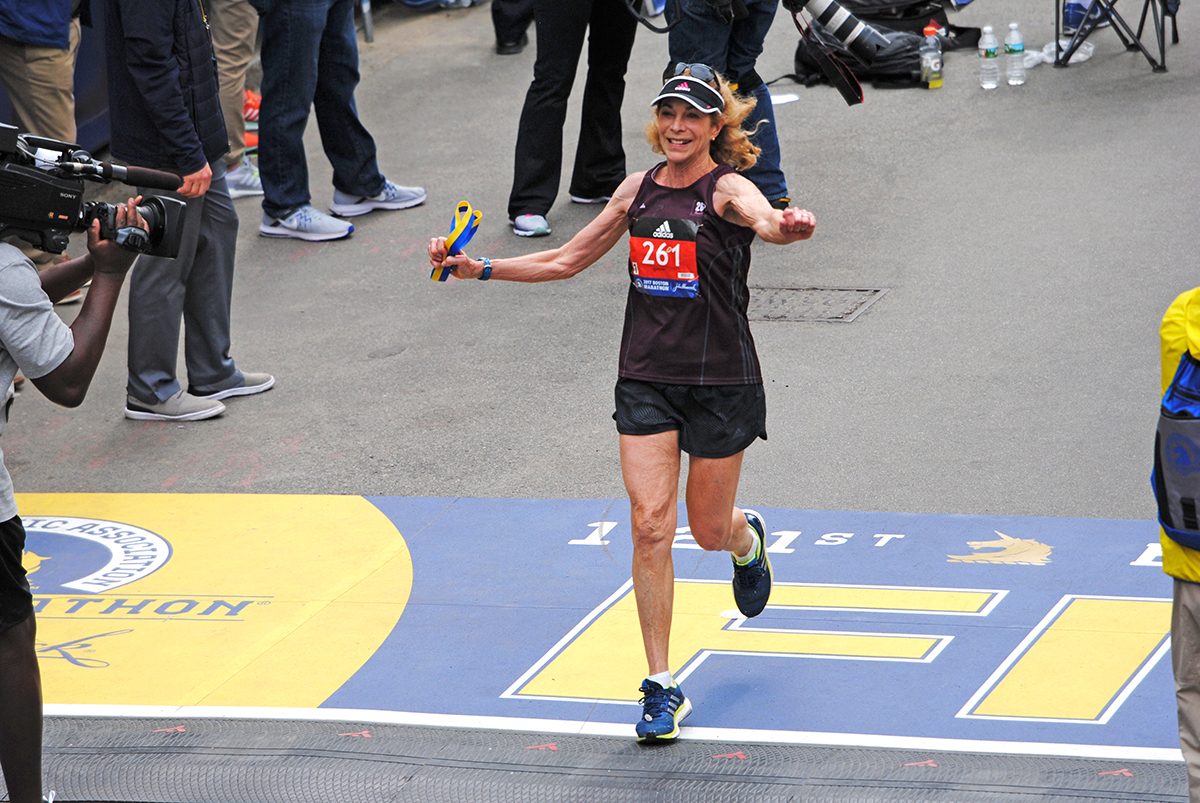 Switzer was 20 when she ran the first time around in 1967.Photo by Madeline Bilis 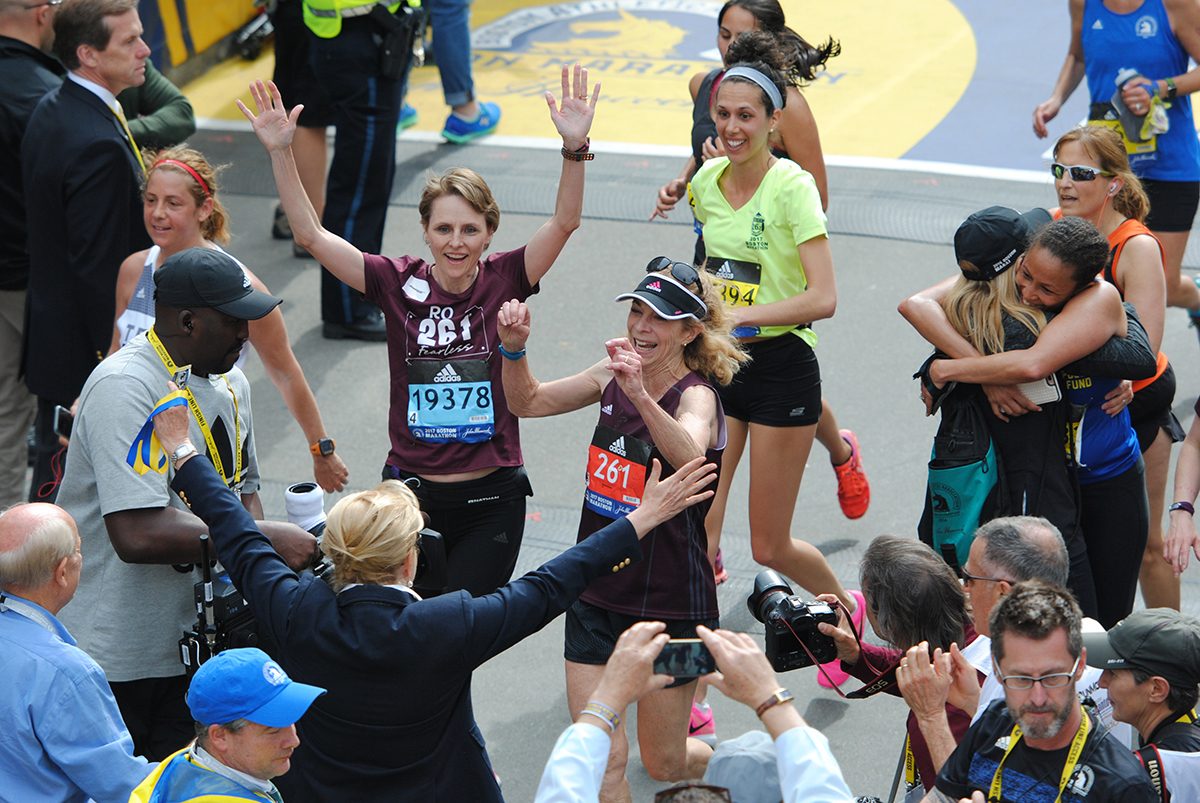 This year, she's 70, and finished the race in 4 hours and 44 minutes.Photo by Madeline Bilis 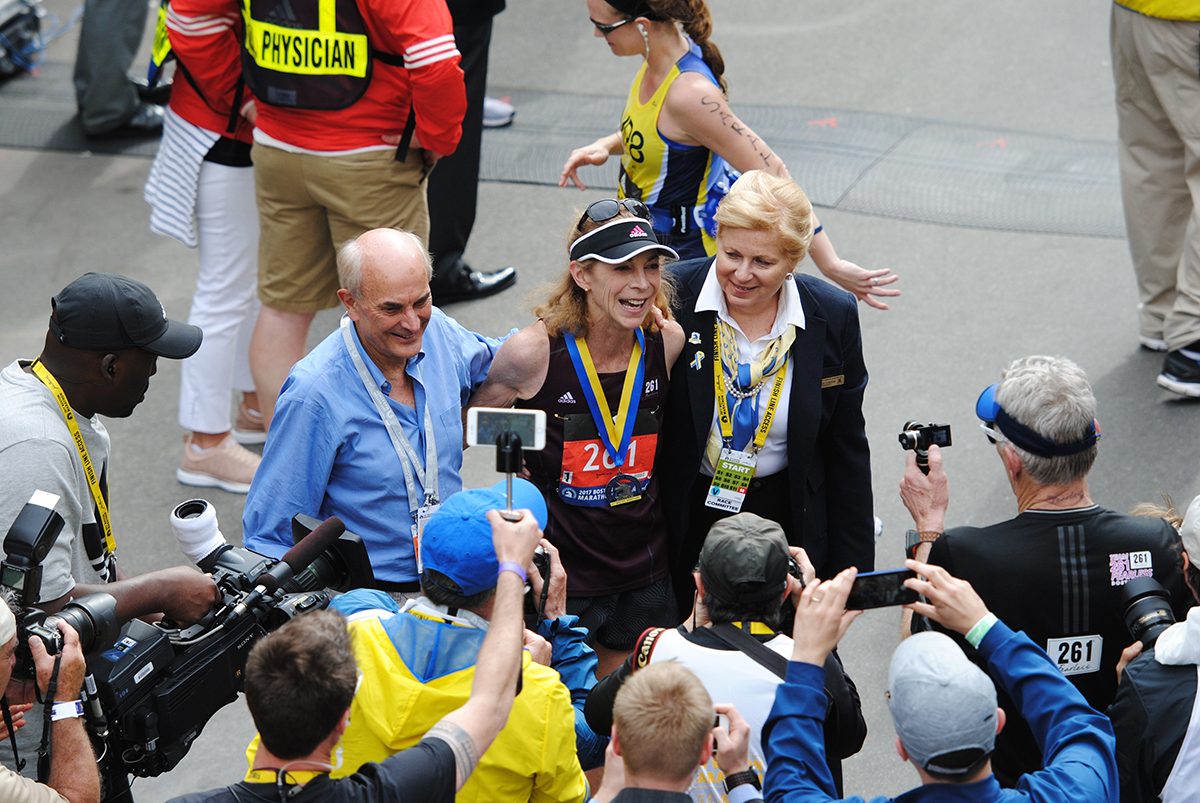 Which leaves just one question…Photo by Madeline Bilis 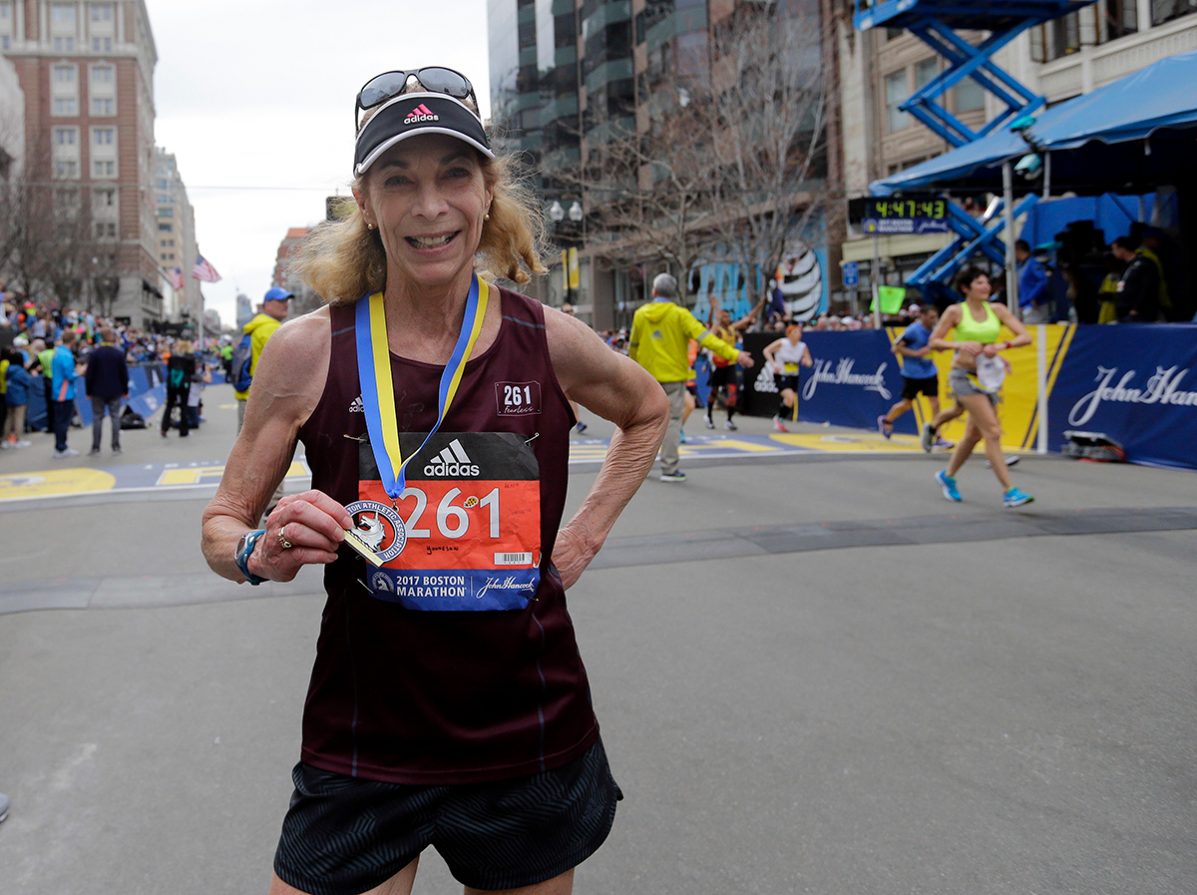 …What the heck have you done lately?Photo via AP

When Andrew Frates made his brother proud

“It was hard but nothing compares to what he goes through every day dealing with ALS,” he said, referring to his brother Pete, “and I just hope I made him proud and my family proud.” We’re sure he did.

TEAM HOYT!
Once again #TeamHoyt crosses the finish line at the #BostonMarathon and are greeted by former winner @utapippig #wbz pic.twitter.com/CQMX4rI5ZI

When we all learned just how dedicated some spectators are 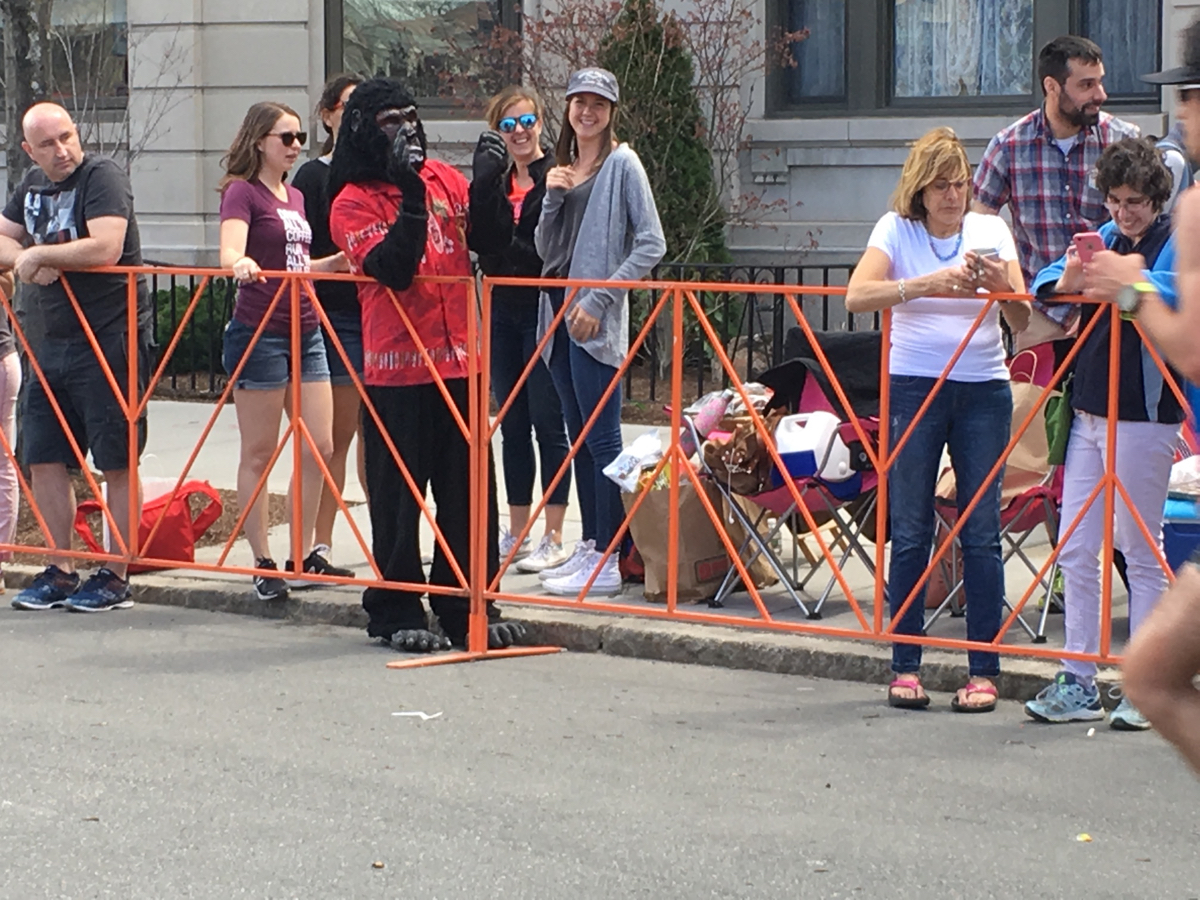 When we realized that if marathon sign-holding were a contest, this guy would win

Can’t get enough of the marathon sideline signs? We compiled all the best—”Run like United Airlines wants your seat!” et cetera—here.

When these two veteran amputees triumphantly crossed the finish line

There were many veterans in the race this year, including some who ran in uniform, but watching these two flag-hoisting athletes cross the finish line was really something to behold.

The first was Jose Luis Sanchez, a Marine from San Antonio who lost part of his left leg in Afghanistan and carried Old Glory from start to finish on Monday. You can read more on his back-story and mission to inspire others here. 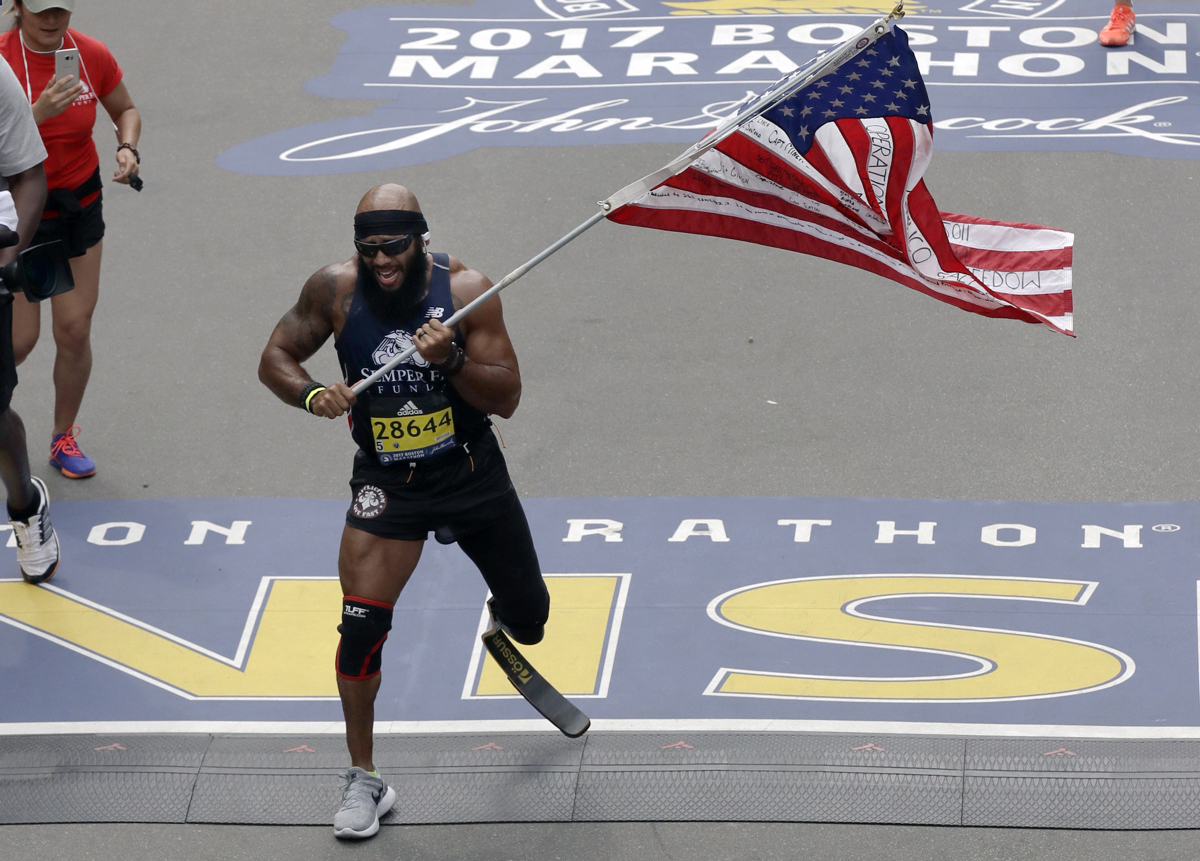 And next was Earl Granville, a wounded veteran who also lost a leg in Afghanistan, not only finished the race with a flag, but hoisted his guide partner up on his shoulder and carried her over the finish line.

When, once again, marathoners stepped up for runners in need

Another year, another heroic display from tired, sore marathon runners at the finish line. As one runner struggled at the final leg of the race, a group of marathoners, including two of those uniformed soldiers, lifted him in the air and carried him to the finish. Gov. Charlie Baker captured the moment and shared a video on Twitter. “Unbelievable,” he wrote.