The 12 Best Signs from the 2017 Boston Marathon

The Boston Marathon brings all sorts of people from around the world to the Hub—not least of which, some elite signmakers. As it turns out, a well-placed pun does much to make you forget about your aching calves or chafing nipples on the final stretch of a 26.2-mile slog. And so, these masters of posterboard deserve a salute.

Here’s a dozen of our favorite signs from along the marathon route.

When you don’t think you can go on, just remember:

Nora and Alana Buckner cheering on Nora's husband, a @starwars fan, who is running in the @bostonmarathon pic.twitter.com/54yjC3ZrIE

Up up, down down, right on Hereford, left on Boylston. 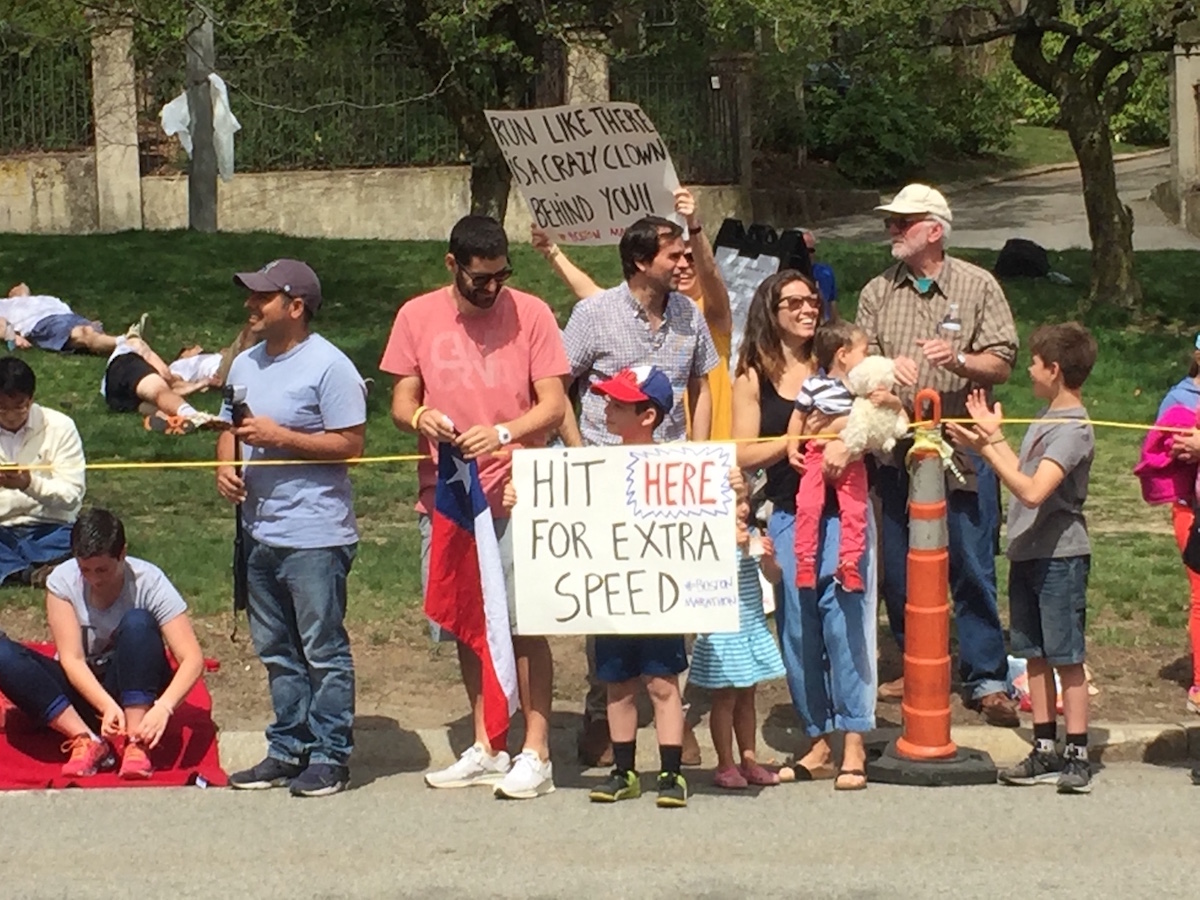 It helps having friends in high places.

People show support from their balcony in mile 24. Runners have not yet passed this area right now. #BostonMarathon @BUNewsService pic.twitter.com/tbwggmgU6s

Kelsey Renner, of Boston, with a choice inspirational sign pic.twitter.com/LpXWc2JrCr

Yeah, but these are really nice bananas.

Spotted on the sign of the new boutique hotel in Cleveland Circle:

Granted, it doesn’t take much.