Here’s Who Got Engaged at the 2017 Boston Marathon 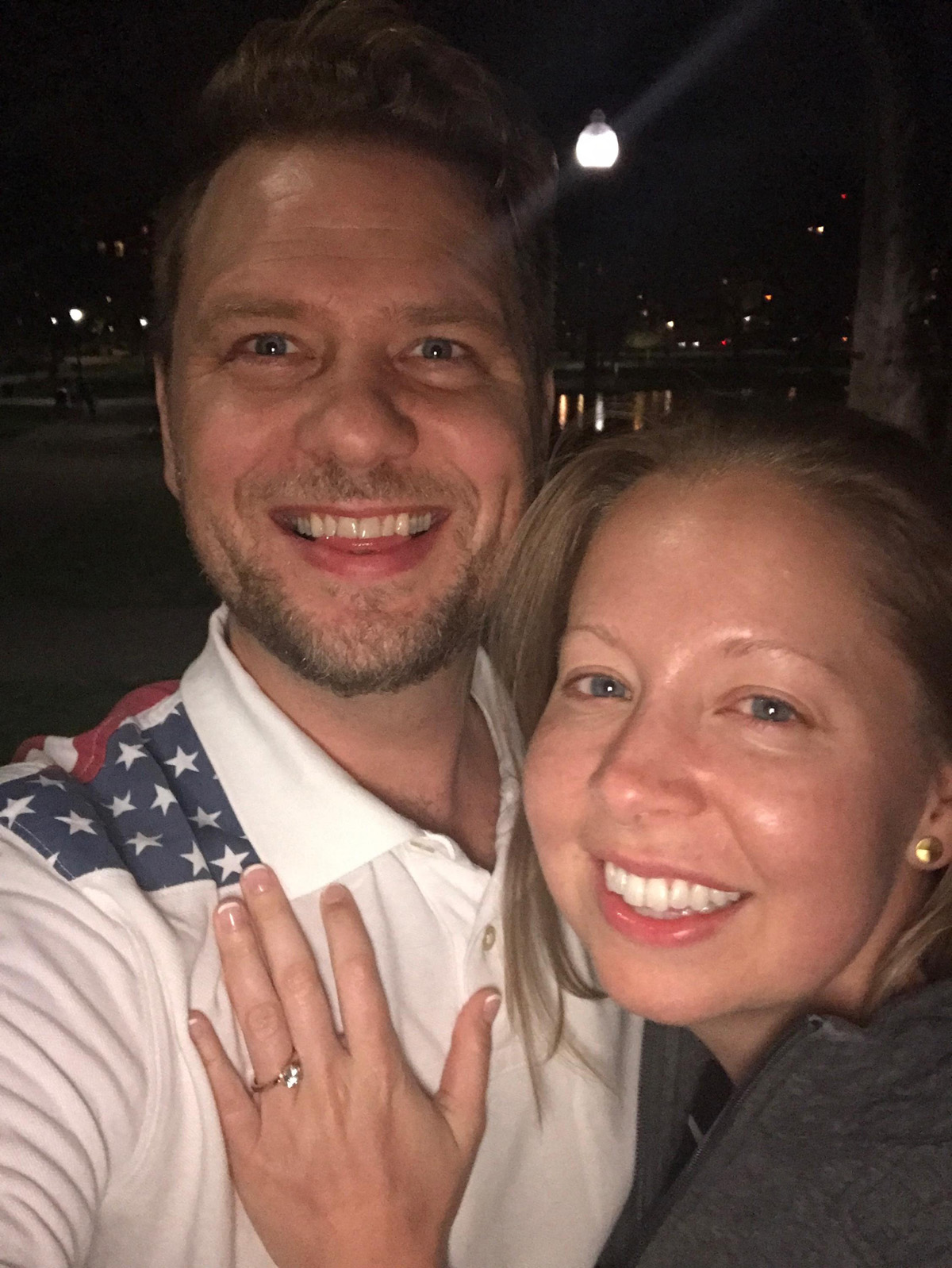 Emotions tend to run high on Marathon Monday. There’s all that civic pride, the glory of athletic achievement, and the sense that, even though it happens every year, it’s a once in a lifetime kind of moment. It’s probably not that surprising that a lot of people celebrate Boston’s biggest holiday with an engagement.

Stephanie Butzer traveled in from High Point, North Carolina, to run the Marathon, and celebrated after the race with an engagement to Alex Rose, an Acton native. And in a commitment to shopping local, they had a BU student take their engagement photos for them.

Also enjoying that buzz of emotion was Kelly Converse, who wasn’t a marathoner, but did get caught up in the moment just outside Fenway Park with Dan Faulkner before yesterday’s Red Sox game:

Converse even earned the good wishes of the Red Sox, which is possibly the greatest blessing the city of Boston can bestow on a newly engaged couple:

And one runner even made a special trip in from Sioux Falls, South Dakota, to run the Marathon, and got engaged. Ryan Munro was one of only 34 runners from South Dakota to come out for the Marathon, but he made the most of it.

Also getting engaged that night were Nick Hamm and Brittany Magouirk. Though neither ran the marathon, Hamm had been volunteering since 5:30 that morning, so it’s safe to say he’s a fan. After celebrating with a college friend and his wife who had run the marathon, Hamm says he “made up a story” to get Magouirk to join him for a walk through Boston Common, where he found a quiet spot to pop the question.

Know of someone else who got engaged on Marathon Monday? Let us know in the comments!