Adrianne Haslet-Davis says it was placed too far away from the spot of the explosion. 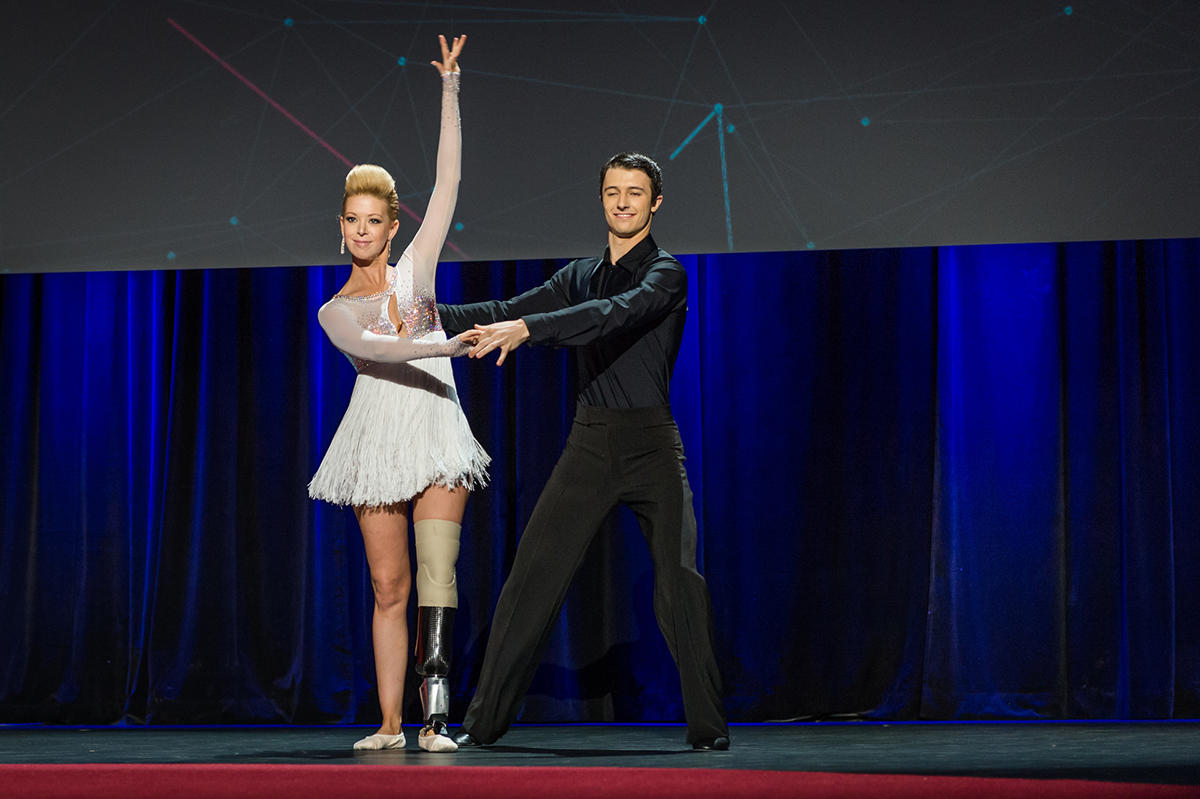 Adrianne Haslet-Davis, a survivor of the 2013 Boston Marathon bombings, shared her anger and frustration this weekend after she found a temporary memorial for victims had been placed in front of the wrong address.

In a set of videos on Instagram, she had harsh words for whoever it was who moved a wreath and three potted plants from its spot in front of the former Forum Restaurant to a location in front of the Starbucks next door.

“Nice work, Boston. Real, real good job of laying the wreath in front of the wrong place,” she can be heard saying in the video. “Nice work. That’s real offensive to everyone. Appreciate it. It’s cool. So glad I came down to see this.”

Valid offensive language. How Boston Strong are you? I bet if we had a permanent memorial people would remember where the actual attack happened. #sooffended @starbucks why? #forumrestaurant

In a follow-up video, she says she moved the wreath back to the front of what used to be the Forum and is now a vacant storefront.

It’s not clear what happened. The mayor’s office tells the Boston Globe, which picked up Haslet-Davis’ Instagram videos yesterday, the wreath had been placed right next to the storefront for a ceremony, and the city isn’t sure who might have moved it in front of the next-door coffee shop.

Injuries Haslet-Davis, a dancer, sustained in the bombings led to her losing part of her left leg. She has been an outspoken advocate in the years since, and after her recovery has become an inspiring figure for other amputees. Among her more notable moments in the spotlight, she danced onstage with a bionic leg at a TED Talk in 2014.

Haslet-Davis has taken a stand on how the survivors of the marathon have been treated before. In 2014, she walked off the set of Meet the Press after the show’s producers declined to honor a request not to utter the marathon bombers’ names. “[Y]ou not only disrespected me,” she wrote in a blog post on her website at the time, “you disrespected the survivors of the bombing and the victims memories.”