This aggression will not stand. 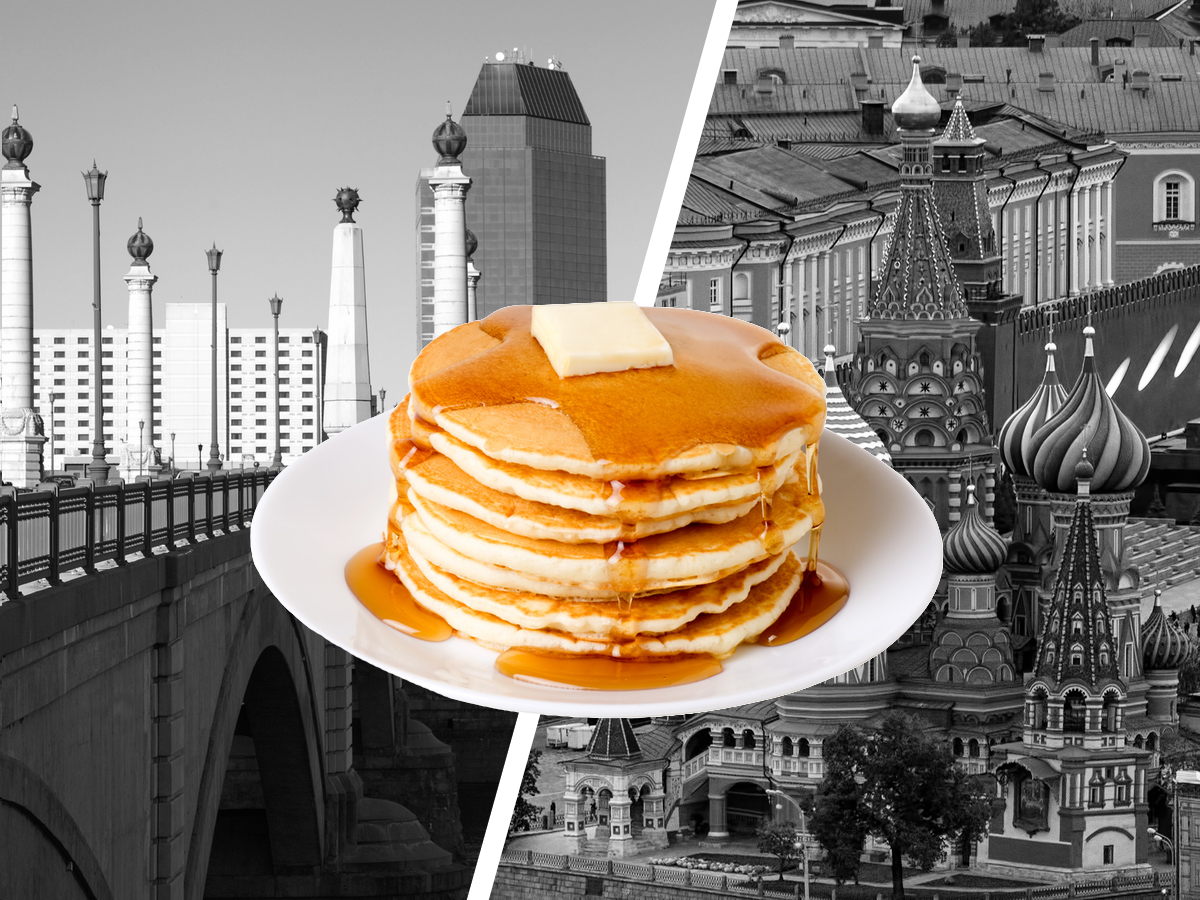 Mr. President, we must not allow a pancake gap.

Springfield had long considered its annual pancake breakfast the world’s largest, with over 500 gallons of batter to back up that righteous claim. While no official governing body of pancakes ever certified the Hoop City’s flapjack fete the world’s largest, organizer Judith Matt told MassLive it had “always just been in good fun.”

The fun stopped in February, when Russian flour exporter JSC MAKFA and their 16 chefs whipped up 12,716 crepes in Moscow to celebrate Maslenica, a weeklong religious and folk holiday. Their efforts satisfied Guinness World Records adjudicators on the scene, who deemed it the world’s “largest serving of pancakes.”

But as any red-blooded American knows, a crepe is very much not a pancake. Pancakes contain a raising agent, like baking powder or baking soda; a crepe does not. Pancakes are fluffy and thick; crepes are flaccid and unfulfilling. In other words, the Ruskies sit upon a throne of lies.

Matt says the city will challenge Russia for the title, though it’s already too late to schedule a visit from Guinness for this year’s pancake breakfast in May. But come 2018, every citizen of Springfield will be chopping wood and jump-roping in barns to the dulcet tones of Vince DiCola in preparation.

“We have a minimum of 10,000 visitors every year and they all get more than one pancake, so I’m confidant that we beat that number and we do it in three hours with volunteer cooks,” Matt told MassLive, slamming down the gauntlet.

This aggression will not stand, man.