He didn't say it was related to the shocking death of Aaron Hernandez. 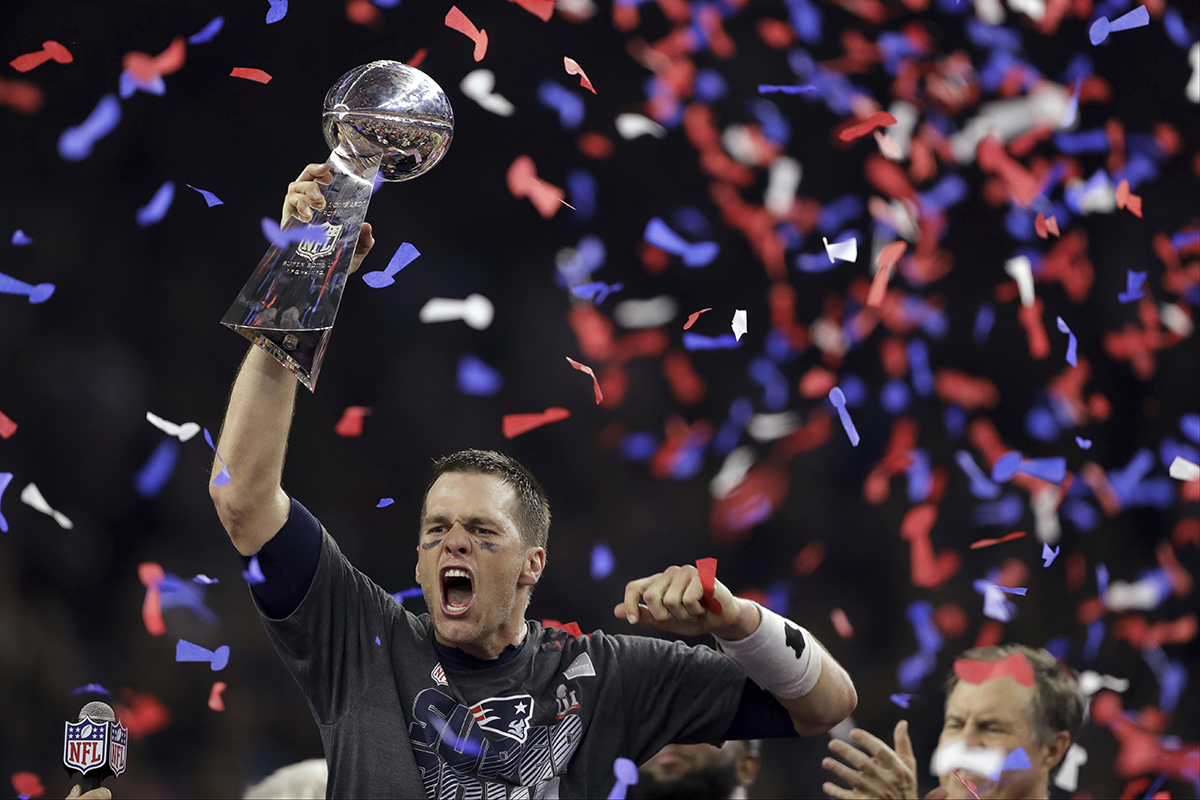 Tom Brady has announced he will not be attending the Patriots’ planned visit to the White House today.

“In light of some recent developments, I am unable to attend today’s ceremony,” Brady said Wednesday in a statement to ESPN NFL reporter Mike Reiss.

The announcement comes hours after the shocking death of Aaron Hernandez, but Brady didn’t mention it in his statement, saying only that the absence is because he is “attending to some personal family matters.”

Brady’s mother Galynn has had a long-term battle with cancer, and sources tell the Herald the athlete chose to spend time with her rather than travel to Washington. She is in Boston from California, the Herald reports.

In his statement, Brady said he was “happy and excited” for fellow teammates who will be honored in Washington and thanked President Trump for hosting the event and “supporting our team for as long as I can remember.” He added, “Hopefully, if we accomplish the goal of winning a championship in the future years, we will be back on the South Lawn again soon. Have a great day!”

The team is slated to meet with President Trump in the Oval Office at 1 p.m. then venture outside to the White House’s South Lawn.

The long-planned rendezvous with the Trump administration has not been called off, even as news broke today that Hernandez, the 27-year-old convicted murderer and former Patriots tight end, committed suicide in his jail cell. Hernandez had recently been acquitted on two murder charges, but had already been serving a life sentence for the slaying of Odin Lloyd.

Through a spokesman, the Patriots say they do not plan on commenting on Hernandez’s death today.

President Trump has long had a relationship with Patriots owner Bob Kraft, quarterback Tom Brady and coach Bill Belichick. They have caught flak for their special connection to him from Trump opponents during a polarizing election and the reality star’s young presidency. A handful of Patriots—Devin McCourty, LeGarrette Blount, Alan Branch, Dont’a Hightower, Chris Long and Martellus Bennett—say they will not be attending the meeting, some in protest of Trump and his policies.