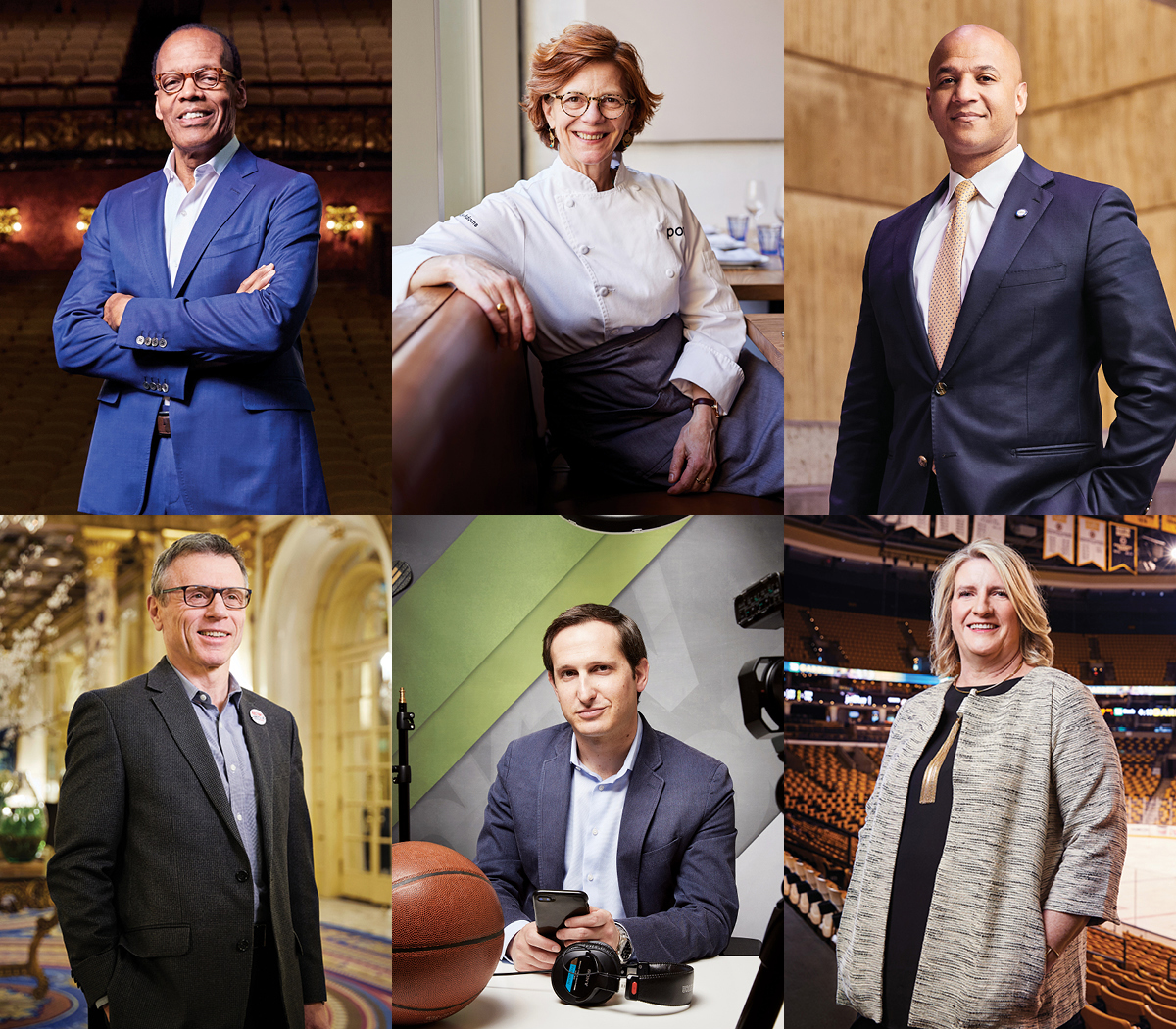 Back in the ’90s, Boston was a very different city. The Seaport was desolate, casinos were still a glimmer in developers’ eyes, and the same old boys’ network was running the show. What a difference 20 years makes. These days, the Hub’s top power brokers include a whole new cast of characters, from the biotech and nonprofit worlds to education and advertising. The one thing they have in common? They’re all shaping the future of business in our city—through smart development, forward-thinking technology, and, in some cases, good old-fashioned fun. If you want to know what the Boston of tomorrow is going to look like, just ask these 21 powerful influencers.

With the Harvard-affiliated Mass General and Brigham and Women’s still among its member hospitals, Partners remains the region’s most respected healthcare provider, and under president and chief executive David Torchiana, it can and will be heard during these tumultuous times for the industry. Despite calls for price controls and potentially deep cuts in federal funding in the age of Trump, Torchiana is passionate about protecting Partners’ position as one of the top medical research institutions in the world—and he’s served notice that he’ll oppose any reforms challenging the organization’s interests. Since taking over in 2015, it’s been a particularly rocky road, including proposed mergers with Hallmark Health System and South Shore Hospital that failed amid intense political opposition. Still, as Partners goes, so goes healthcare in Massachusetts.

Cofounder and trustee, the Barr Foundation

No one would have blinked had cable pioneer Amos Hostetter bought some private isle in a warmer clime and sailed off into the sunset after selling Boston-based Cablevision for billions back in 1996. Fortunately for us, he and his wife, Barbara, doubled down on their city, turning their Barr Foundation into one of the largest private charities in New England. After keeping an extremely low profile for years, the Hostetters are now playing a leading role in shaping the future of the Seaport District, giving millions to public and private planning efforts to steer growth along the waterfront, and to activist groups pushing back against a surge of large condo-tower proposals. Longtime Boston residents, Amos and Barbara say they want the Seaport to be accessible, lively, and handsome for future generations—and the Barr Foundation has the bucks to make their voices heard for years to come.

After toiling at her family firm for nearly 30 years, Abigail Johnson is now fully in charge—not her father, the legendary Edward C. “Ned” Johnson III, nor her grandfather, Fidelity founder Edward C. Johnson II. Abigail’s promotion to chairman late last year couldn’t have come at a more critical time for the mutual-fund powerhouse: As investors increasingly shift money to lower-fee index funds, Fidelity’s flagship managed mutual funds have taken a hit, forcing it to introduce new products. Whatever happens next, count on Abigail, who presided over record revenues last year, to lead Boston’s financial services industry into the future. 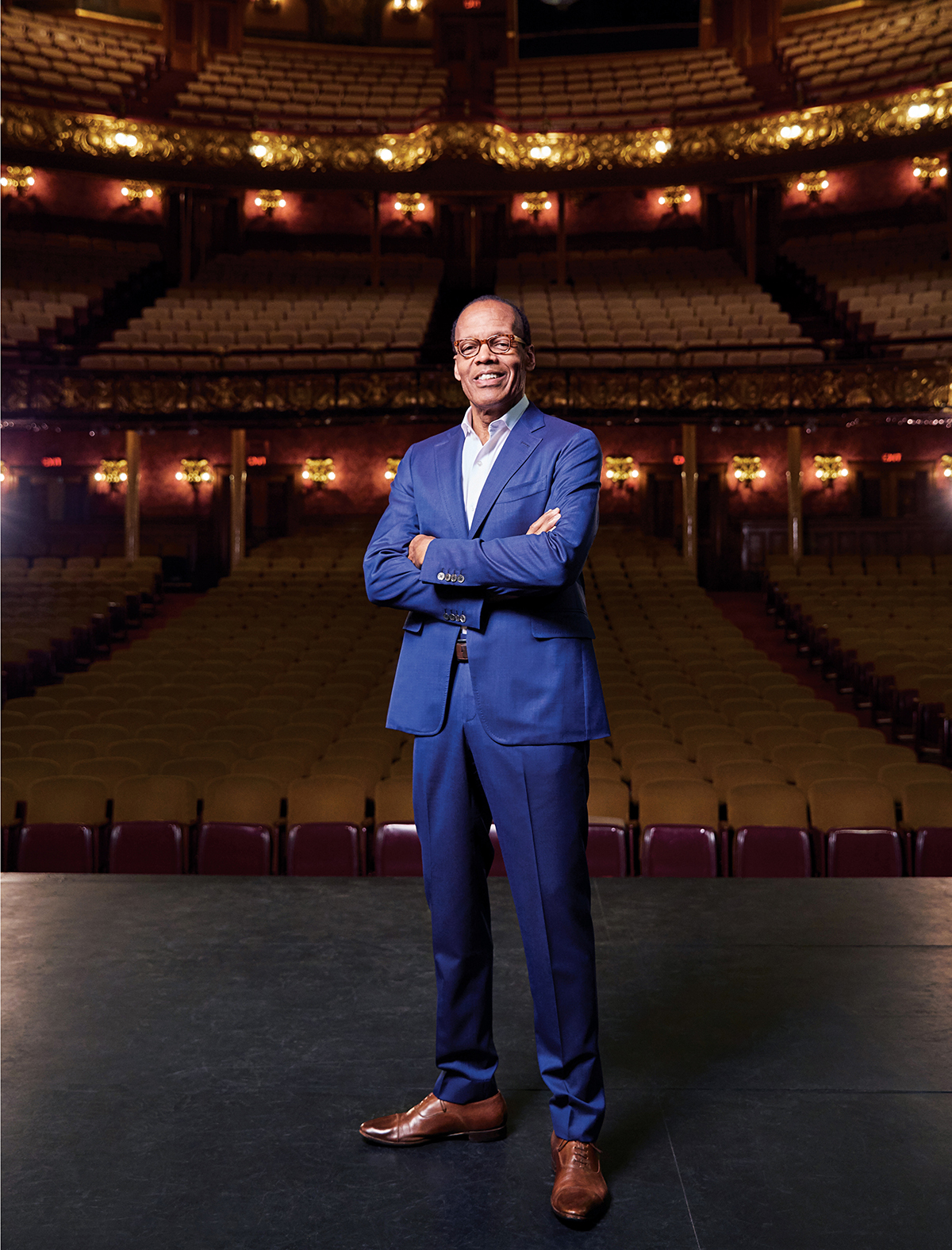 At a time when a liberal arts education is losing some of its shine, Lee Pelton is putting Emerson College in the spotlight as a leader in training future members of the creative class. After taking the reins six years ago, Pelton gave a major boost to Emerson’s national and international cred in 2014 with the rollout of a state-of-the-art satellite campus on Sunset Boulevard in Hollywood. Still, he hasn’t neglected his hometown: Pelton is currently overseeing a major expansion of Emerson’s downtown Boston campus that will boost the number of students living there by 33 percent, to nearly 2,600. A 380-bed, 18-story dorm tower is slated to open this fall, while the renovation and expansion of the historical Little Building, set to kick off this spring, will add hundreds of additional units and help reduce competition for rentals in Boston’s overheated apartment market. The guy even succeeds when he doesn’t build, such as when he put the kibosh on an unpopular plan to turn the Colonial Theater into a student dining hall. Pelton thinks big and believes liberal arts students can make it in a capitalist society, which is why Emerson Launch was recently started to provide aspiring student entrepreneurs with mentors, office space, and funding. “Emerson helps to energize Boston just as the college is energized by our city,” Pelton says. “The future of Emerson and the future of downtown are inextricably linked and bound together.” 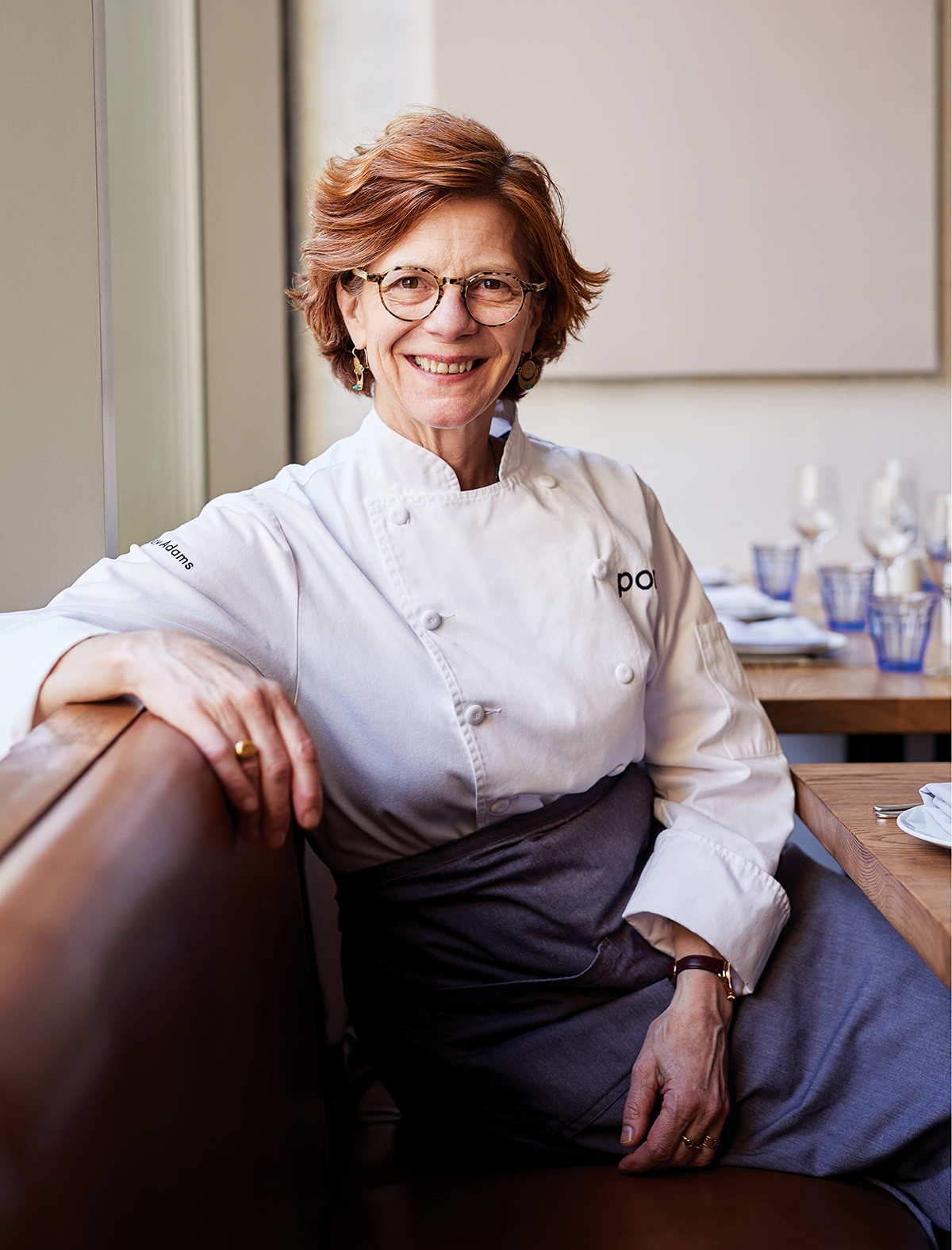 It’s hard to miss Jody Adams’s Rialto when she keeps opening cutting-edge eateries. Best known for decades of culinary wonders at the now-closed Harvard Square institution, the chef and restaurateur has most definitely moved on, as co-owner of Trade and now Porto, a Mediterranean-inspired hot spot that opened last summer. But what’s creating buzz—and raising eyebrows—is Adams’s Greek-themed fast-casual venture, Saloniki, which she launched in the Fenway in March 2016. Are Adams and her partners, Jonathan Mendez and Eric Papachristos, on their way to creating a quick-service gyro empire? They already expanded to Cambridge this past January and there are plans for a number of Salonikis in the works, though Adams isn’t tipping her hand on when or how many. She isn’t stopping there, though. Long known for her support of local farms and the Greater Boston Food Bank, the chef is also planning to become more active in promoting and shaping the entire Boston restaurant scene, working with other industry pros to address thorny issues such as immigration, wages, and healthcare costs. “The business of doing restaurant business in Boston is changing,” Adams says. “New policies, pressures, and social behavior require engagement.” As does her other high-profile culinary cause: “I will continue to actively promote women in the restaurant world through support of restaurants run by women, both in front and as chefs, bringing awareness to the significant role we play.”

As principal owner of the Red Sox, John Henry managed what some thought was impossible: end an 86-year championship drought with three World Series triumphs. Now Henry has perhaps a bigger challenge ahead: keeping the Globe, which he bought in 2013, alive amid declining circulation and advertising across the industry. He’s introduced new digital products and is even selling off the paper’s Dorchester headquarters and moving the newsroom downtown. Will it be enough to prevent more staff buyouts? The task of turning around the Globe may seem impossible, but Henry has done it before.

If Abbie Celniker has her way, she won’t be such a rarity in the future. As the former CEO of Eleven Biotherapeutics, Celniker is one of the few women to reach the top within the traditionally male-dominated life-sciences industry—and her career keeps getting hotter. Last year she became a partner at Third Rock Ventures, a Boston VC firm that invested millions in the kidney-disease research startup Goldfinch Bio and put Celniker in charge of getting the firm up and running. She was also appointed chair of the Massachusetts Biotechnology Council, where she’s used her clout to help other women move up the corporate ladder. By spearheading a campaign to increase diversity at biotech, pharmaceutical, and medical-device firms and signing an open letter with more than 100 other prominent life-sciences leaders outlining principles for gender diversity, Celniker has made it clear that she doesn’t intend to be alone at the top.