Some developers are showmen. Others, like Steve Samuels, prefer to work behind the scenes, changing the face of their city without most people knowing it. After turning the once-scruffy Fenway neighborhood into one of Boston’s hottest districts with the hip Verb Hotel and the Van Ness, Fenway Triangle Trilogy, and 1330 Boylston projects, Samuels is continuing on to an underused part of the Back Bay, where he and developer Adam Weiner are planning to build mixed-use towers above and around the Mass. Pike where it passes underneath Boylston Street. But he hasn’t forgotten about the Fenway: His firm is currently finishing up Pierce Boston, a residential and retail tower designed by Miami-based Arquitectonica, and will soon begin work on a 1.1-acre park, complete with trees and benches, in front of Landmark Center. Samuels may shun the spotlight, but his ambitious work tends to speak for itself.

After Mayor Marty Walsh took office in 2013, some observers of the city’s business and political scene wondered how John Fish would fare. After all, the construction magnate was known as the favorite builder of Boston’s longest-serving mayor, the late Tom Menino. They needn’t have worried: Under Walsh, Fish’s stature in Boston has reached new and greater heights. After wrapping up construction on Millennium Tower last year, Fish is now leading the charge on the $2.4 billion Wynn casino in Everett, not to mention the Four Seasons condo and hotel tower taking shape in the Back Bay, all while serving as chairman of the Federal Reserve Bank of Boston. Even more impressive is his drive: In a field full of workaholics, Fish is considered among the most ambitious, known for starting his days at 4:30 a.m. It’s one big reason you can expect him to remain one of the city’s top players for years to come.

Jim Davis continues to leave a larger-than-life footprint on the Boston business landscape. Not content to have simply transformed his six-employee business into a global athletic-shoe powerhouse with revenues of $3.7 billion, Davis is now creating an entirely new neighborhood, dubbed Boston Landing, on the Allston–Brighton line. He started with a new world headquarters for New Balance and a practice facility for the Bruins, but that was just the beginning for his firm’s NB Development Group, which last autumn broke ground on a Celtics practice center and a separate 295-unit residential complex. This spring a new commuter rail station, funded by New Balance, will begin shuttling passengers on the Framingham/Worcester Line. Is Davis finished at Boston Landing? Not even close. Keep an eye out for a future office building, a boutique hotel, a sports complex, and other amenities planned for Boston’s new “wellness district.”

Looking for intel on Boston’s next “it” neighborhood? Ask Sara Myerson. As the BPDA’s director of planning, Myerson is shaping the city’s future, from deciding which areas need to be preserved to determining which are ready for takeoff, via rezoning and other initiatives. Myerson, who previously worked on the city’s Imagine Boston 2030 effort, is already being credited with opening up Southie’s Andrew Square area to new development and is now eyeing Dorchester, specifically the Freeport Street/Glover’s Corner area, as one of the next supercharged hot spots. 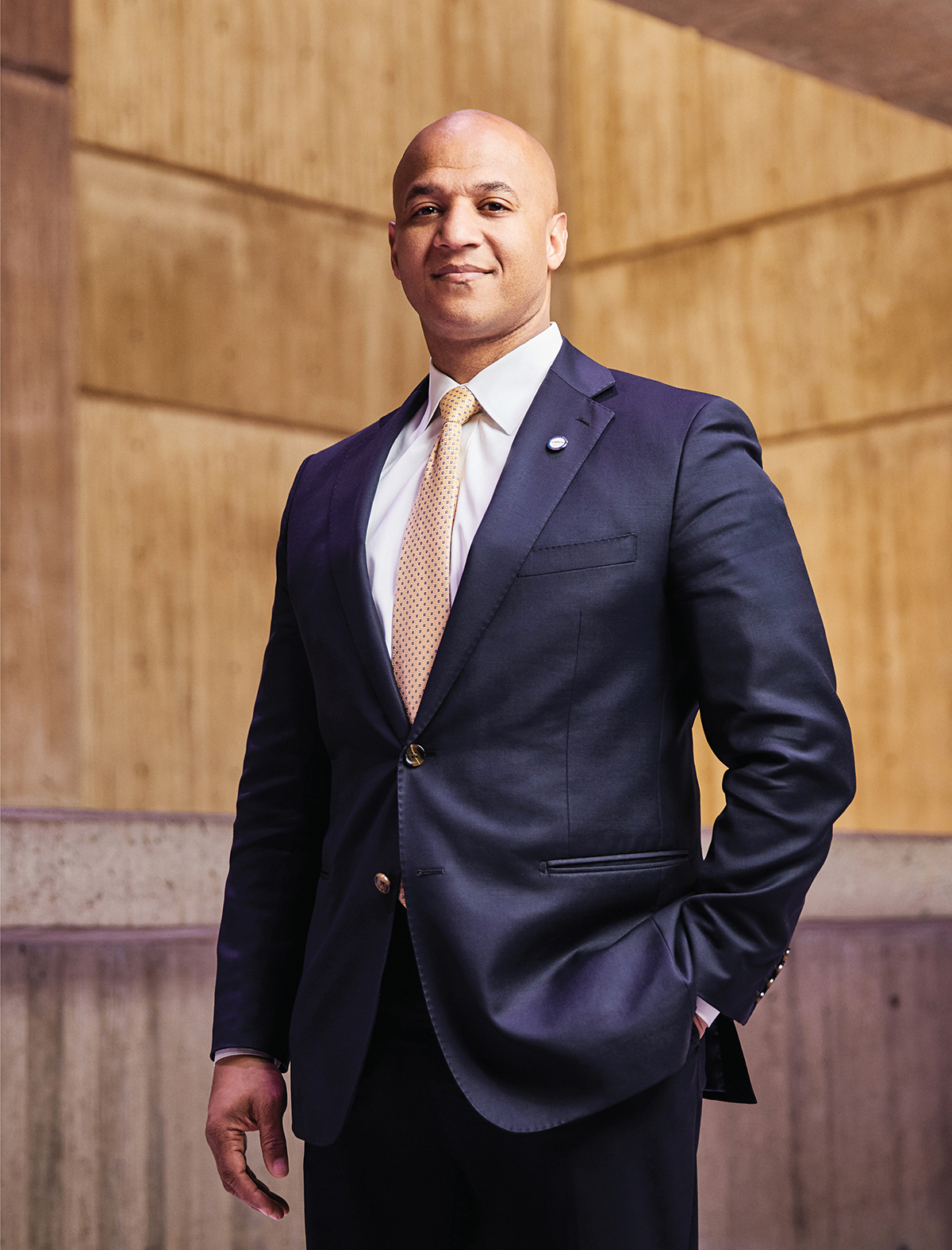 Maybe it’s a good thing John Barros didn’t win his bid for mayor in 2013. After failing to make it past the preliminary election, the Roxbury native and son of Cape Verdean immigrants promptly threw his support behind Marty Walsh, a decision for which he was later rewarded with a crucial role in his longtime friend’s administration. From his new post in City Hall, Barros proceeded to help pull off one of the biggest economic coups in recent Hub history: convincing General Electric to relocate its global headquarters from Fairfield, Connecticut, 160 miles north to Boston. After an initial meeting between Walsh and GE executives, Barros took charge, forming a team of 16 city officials to craft an incentives package that ultimately helped entice the corporate giant to a 2.4-acre site in the Seaport District (for more, see “Jeff Immelt Is All In”). For Barros, it was just the latest milestone in a meteoric business and political rise that began at age 17 when he was elected to the board of directors at the Dudley Street Neighborhood Initiative, a nonprofit he would later lead after working in the insurance industry, owning a restaurant, and serving on the Boston School Committee. But Barros isn’t resting on his laurels—he’s pursuing tech giants on the West Coast in hopes of luring them to Boston, pushing for development in outer neighborhoods, and seeking more liquor licenses to support new restaurants in underserved areas of the city. 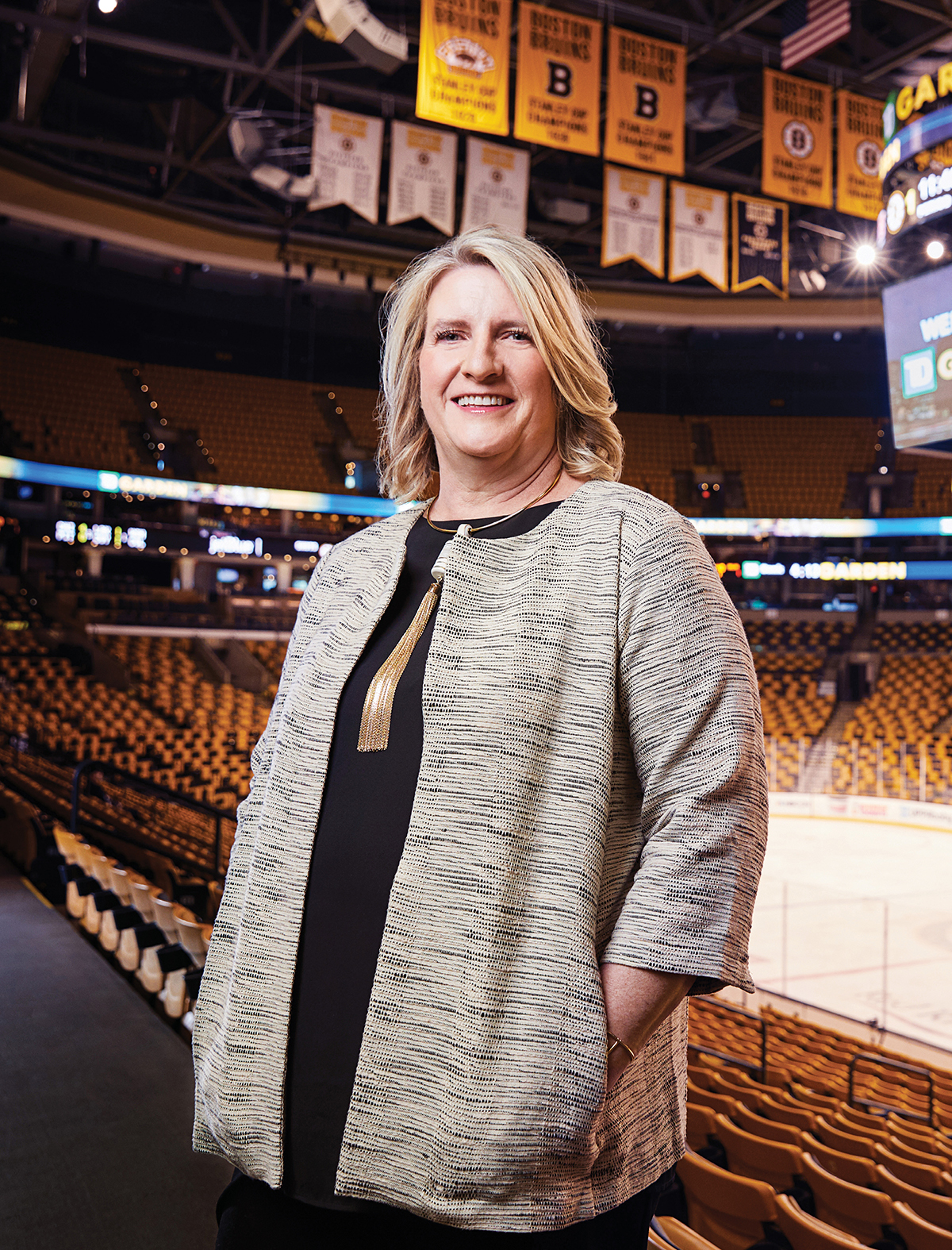 Amy Latimer is fast becoming Boston’s empress of fun. As head of one of the city’s top entertainment and sports hubs, the TD Garden chief last year took the party to City Hall Plaza, where she won rave reviews for transforming the urban tundra into a winter wonderland of ice skating and chocolate fountains. Now Latimer is pushing to create a new state sports commission to attract major athletic events to Massachusetts—and to TD Garden, of course. Most recently, she set her sights on making Boston a major part of NCAA March Madness, bringing the men’s Eastern Regionals back to the Hub in 2018. 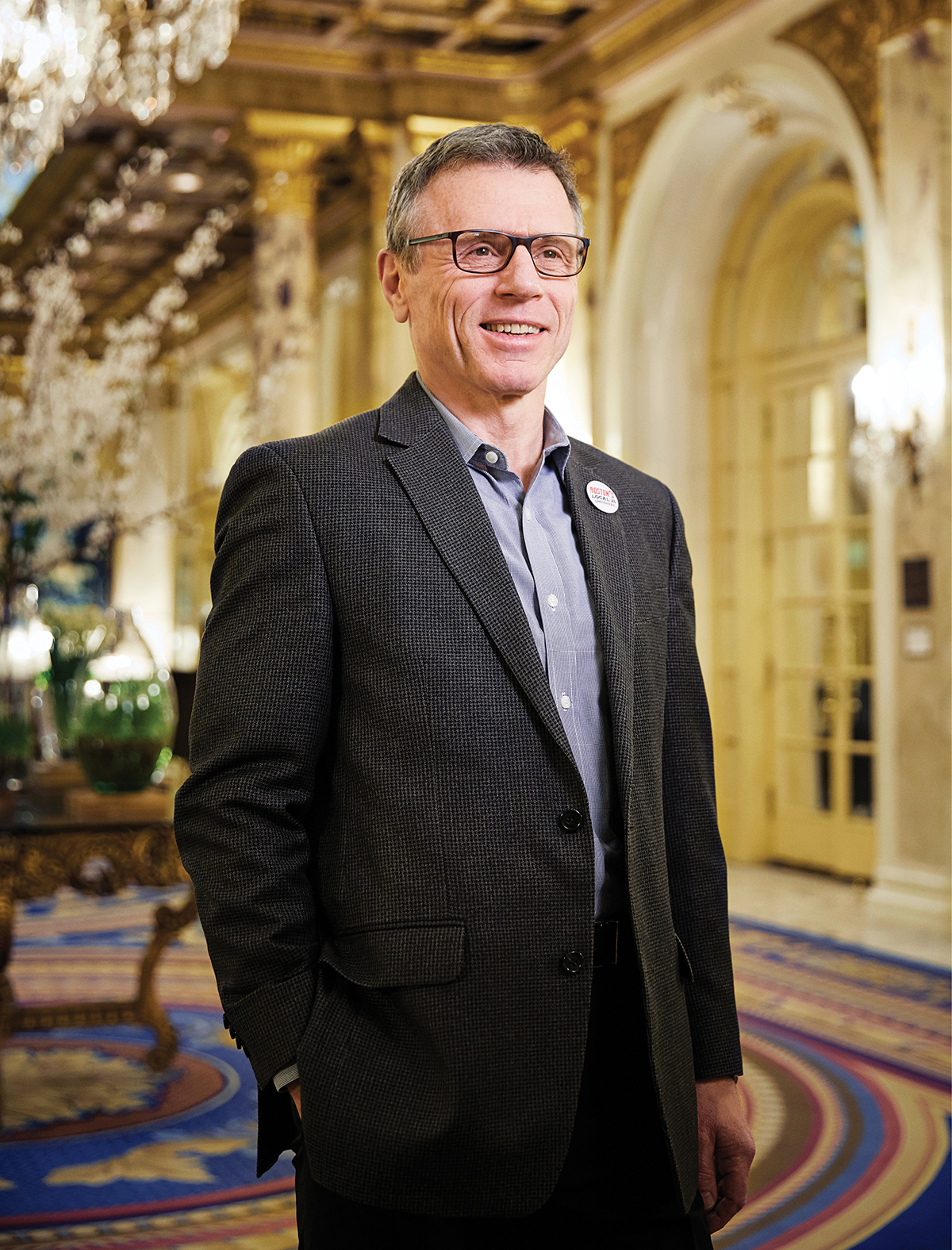 Brian Lang may not be a household name in Boston, but as president of the union that represents 10,000 local hotel and food-service workers, he’s wrung decent wages and benefits from haughty university presidents and corporate behemoths for countless households. Lang took over as president of Unite Here Local 26 in 2011, having worked his way up the union ranks organizing workers in industries ranging from meatpacking to childcare. Under Lang’s leadership, the union has more than doubled its membership and now represents employees at 80 workplaces in Massachusetts and Rhode Island, including the Fairmont Copley Plaza (pictured here) and Hotel Commonwealth. Lang and Local 26 recently scored one of their biggest victories, winning a new contract—with more-stable pay and affordable health benefits—last fall for more than 700 Harvard University dining-hall workers after a headline-grabbing 22-day strike. But it’s not all about cold, hard cash: Lang is also looking for ways to protect his majority-immigrant membership, who hail from as far away as the Cape Verde islands and China, against the Trump administration’s deportation efforts, pushing contract language that would require hotels and colleges to call the union if ICE agents show up, and to bar entry if they don’t have valid warrants. “Our ability to be successful as a union really in many ways hinges on our ability to defend our immigrant workforce from the attacks that have been threatened and seem to be encouraged by the present administration,” Lang says. “It’s a union issue to us.”