Always adding to his empire, Kraft knows how to get what he wants, on the field and off. His next goals, besides seeing the Pats bring home a sixth Super Bowl trophy, include building a new stadium in Boston for his New England Revolution soccer team and securing regular weekday commuter-rail service to Foxboro. Kraft, who’s been aching for a more intimate soccer stadium for years, is now eyeing the former Bayside Expo Center. Meanwhile, the weekday rail service would funnel even more fans and shoppers to Gillette Stadium and Patriot Place—another potential score for the perennial winner.

It’s hard to think of anyone who has made a bigger splash on Boston’s arts scene in the past two decades than Jill Medvedow. And it’s hard to picture what the city’s booming but architecturally challenged Seaport District would be without the ICA’s stunning waterfront palace, which Medvedow made possible by raising tens of millions of dollars in a visionary—and relentless—campaign. Now the ICA’s fearless leader is expanding the museum’s footprint to the city’s next development frontier on the other side of the harbor, unveiling plans to open a $10 million exhibition space along East Boston’s waterfront. The new “Watershed,” slated to take shape in an old copper-pipe shop, will double the ICA’s space for showing off its work while enlivening Eastie’s fast-growing but still raw harborside. Stay tuned, for where Medvedow goes, things tend to happen.

President and CEO, the Partnership

As head of the Partnership, Carol Fulp is working to change the face of Boston’s business community, helping companies attract, develop, and retain multicultural professionals in a town not exactly known for corporate diversity in upper management and boardrooms. With a staff of seven, a nearly $3 million budget, and corporate backers such as Liberty Mutual, TJX, and Biogen, the Partnership funnels about 350 executives and professionals a year through its leadership programs, including a networking and idea-sharing opportunity for C-suite execs that Fulp recently created in conjunction with former Governor Deval Patrick and his wife, Diane. Currently on the boards of Eastern Bank and Beth Israel Deaconess Medical Center, among other institutions, Fulp knows the caliber of talent corporations require, having previously worked at John Hancock Financial, WCVB, and Gillette. She’s both an inside player—and an outside game changer.

Jeff Bussgang wants to change the world, and he has the power, money, and vision to do it. When he’s not helping oversee the investment of hundreds of millions of dollars in tech startups, the self-described serial entrepreneur is throwing himself into progressive causes, including the launch of the Alliance for Business Leadership, an increasingly influential group of corporate execs who serve as a counterweight to traditional business groups on issues related to the minimum wage, taxes, diversity, and energy. Bussgang has also cofounded the pro-immigrant Global EIR Coalition and cochairs the anti-bigotry Facing History and Ourselves, and he hasn’t been shy about jumping directly into politics, such as when he served as finance chair for Democrat Seth Moulton’s first successful congressional run, in 2012. The bottom line, for Bussgang, is that a VC’s bottom line is not enough for society.

Andrew Graff’s official title on Allen & Gerritsen’s website is chief executive officer, but his more important role might be the one mentioned directly below it: “challenger of the status quo.” That’s exactly the way Graff sees his independent ad agency positioned in a sea of nationally and internationally owned companies operating today in Boston. Since taking the helm at A & G in 2005, Graff has steadily grown the firm, moving operations from Watertown to the Seaport and acquiring Philadelphia’s Neiman Group in 2013. Today, Allen & Gerritsen, with 200 employees in Boston and Philadelphia, has a client list most agencies only dream of: GE, Sunoco, Dietz & Watson, Yuengling, Comcast, Blue Cross Blue Shield of Massachusetts, and the Boston Celtics, among others. Graff’s ambitious goal for Allen & Gerritsen moving forward? Doubling its size within five years. How many other local ad agencies can say that?

They still refer to Mo Cowan as “Senator,” out of respect for his stint as Massachusetts’ interim U.S. senator after John Kerry vacated the seat in 2013. But it’s more than just ceremonial deference. Cowan, also a former top aide to Governor Patrick and later CEO of the influential ML Strategies lobbying firm in Boston, continues to wield significant power as vice president of litigation and legal policy at General Electric, where he’ll draw on his connections to handle thorny local issues including building the company’s new headquarters in the Seaport and securing a promised $145 million in tax breaks. 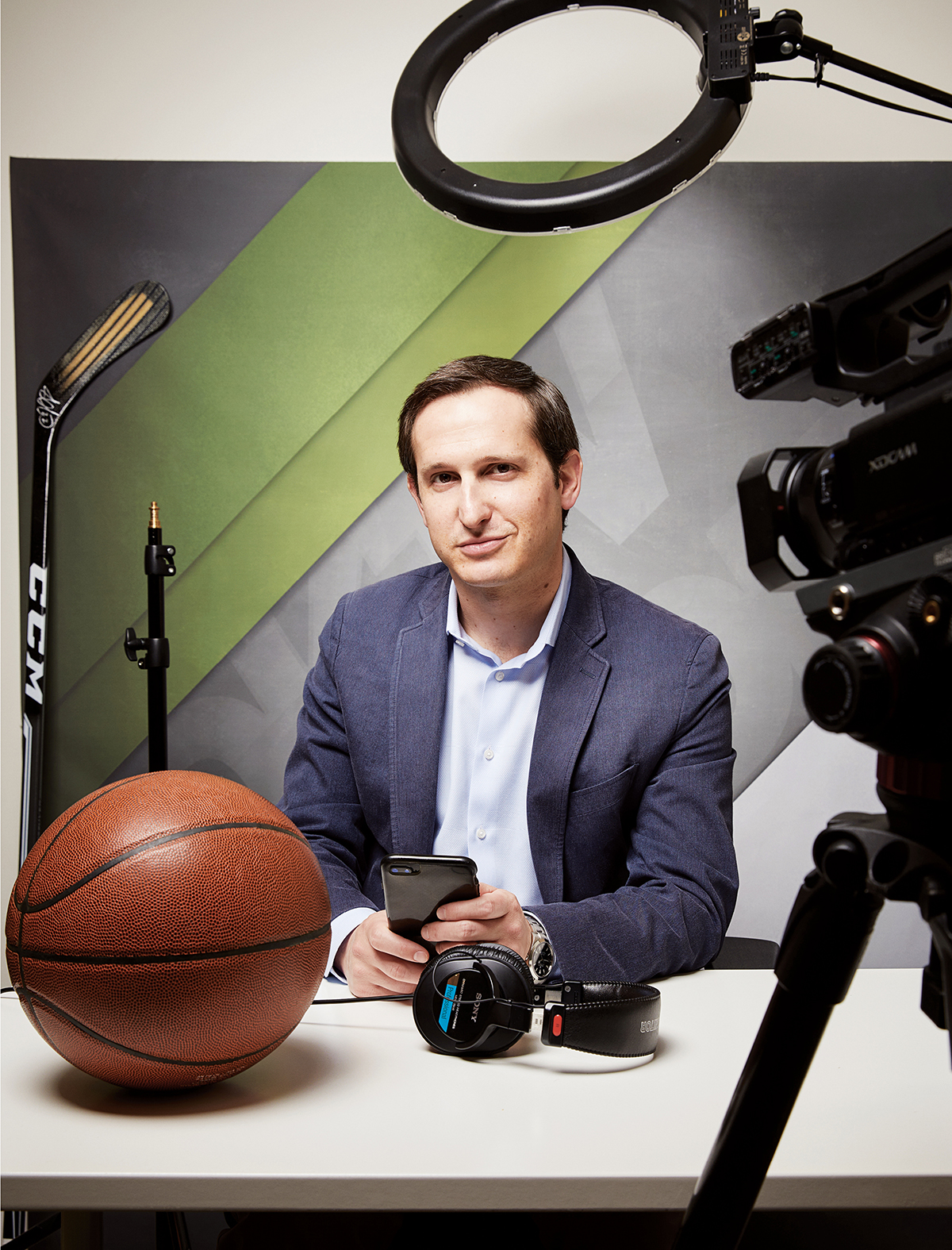 Jason Robins believes in Boston. So much so that he and his cofounders once turned down $20 million in venture funding when investors insisted they move operations for their daily-fantasy-sports site to Silicon Valley, where so many other Boston startups eventually land (think Mark Zuckerberg’s Facebook). That Robins and DraftKings opted to stay in Boston is a mini wonder. That DraftKings has even survived, in Boston or anywhere else, is a mini miracle. Perhaps no other tech venture since Napster, the peer-to-peer music-sharing service developed by Brockton’s Shawn Fanning, has been such a business disrupter—or the target of such sustained legal challenges. From New York to Nevada, prosecutors and regulators have launched repeated legal assaults against DraftKings, arguing that it’s a form of gambling rather than a skills-based game, as its founders claim. (A truce has since been called, allowing DraftKings to operate in New York, but it’s still not allowed in 10 states.) Yet the controversies haven’t stopped the company, as it continues to attract subscribers, court big-name investors, and make major waves in the industry: Last year, DraftKings and FanDuel, its New York archrival, announced they would merge, keeping dual headquarters in Boston and the Big Apple. That led to fears that DraftKings, now Boston’s hottest tech firm, with 350 workers, might end up headquartered in New York. No way, says Robins, who envisions DraftKings anchoring the local consumer tech scene, similar to Apple and Google in Silicon Valley: “I want everyone to know we’re here to stay.”