The MBTA Wants to Speed Up Green Line Trains

And it's already had some success. 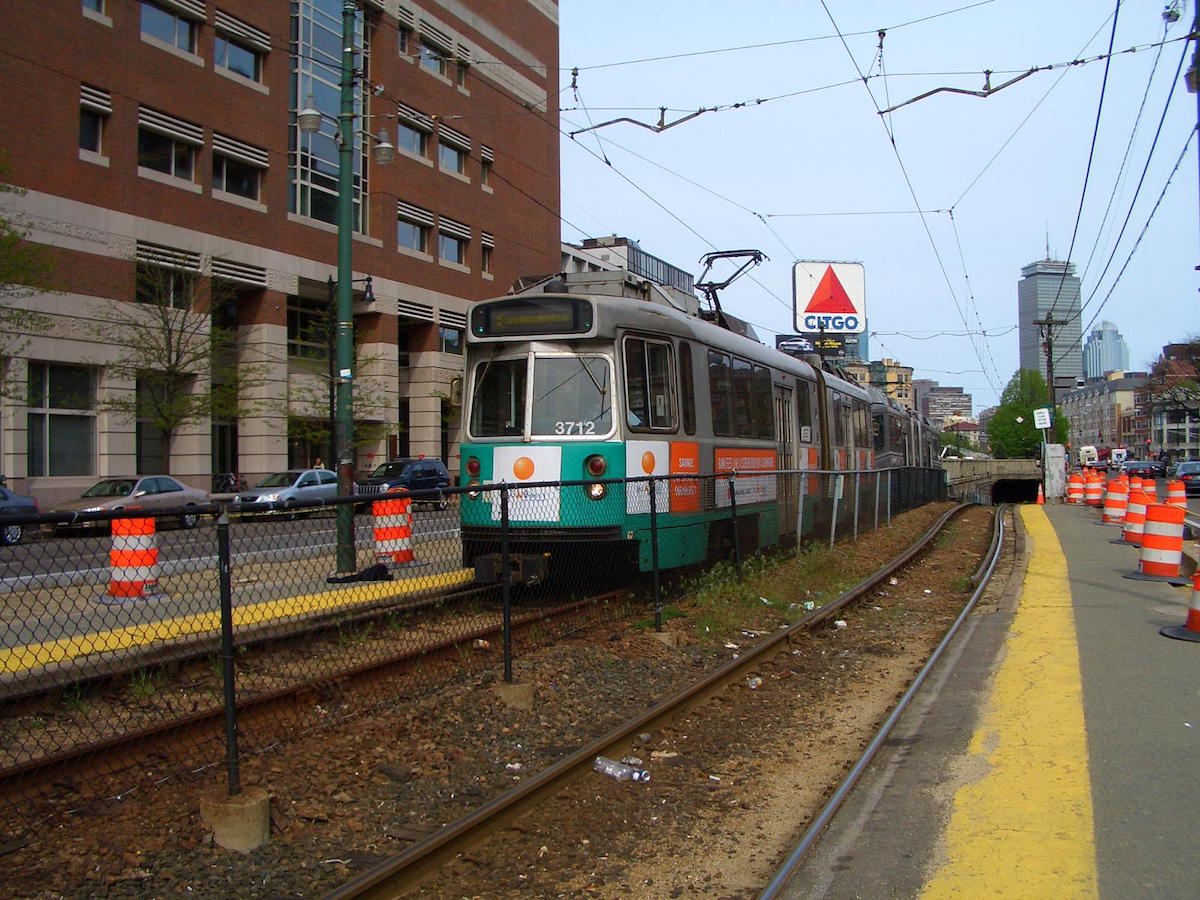 Photo by Jasonic on Flickr/Creative Commons

The Green Line’s B branch isn’t exactly known for its speed. MBTA officials want to fix that.

By retooling traffic lights to give Green Line trains priority over vehicle traffic, the T believes it could shave 30 seconds off trips. Two intersections on the B branch are already equipped with this technology, the Globe reports. Expanding this “transit signal priority” across the four-pronged Green Line will require cooperation from the city, which owns some of the new signals.

Another 30 seconds could be saved by eliminating two stops near the intersection of Commonwealth Avenue and Saint Paul Street at the heart of Boston University’s West Campus, officials told the T board Monday.

Meanwhile, on the D branch, the T is testing software aimed at preventing “bunching”—that is, several trains bottlenecked at one location, ensnarling service—by helping dispatchers adjust train departure times. The software, developed at MIT, decreased the variability of train arrivals at D branch stops by 42 percent during a recent pilot, CommonWealth reports.