Marty Walsh Is Not Happy About the New Boston 2024 Book

He called the authors, including former No Boston Olympics co-chair Chris Dempsey, "opportunists." 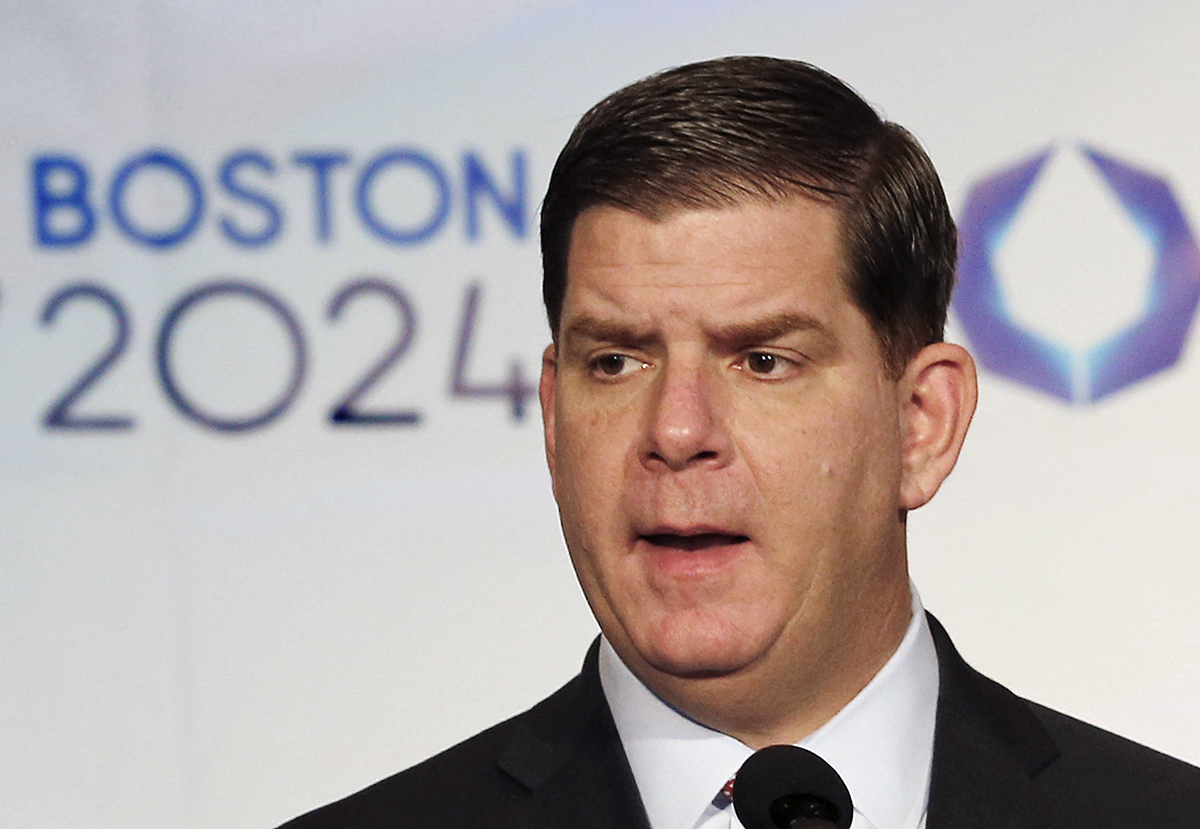 Count Mayor Marty Walsh among those who are less than enthused about a new book about the failed Boston Olympics bid coming out this week.

Written by former No Boston Olympics co-chair Chris Dempsey and Smith College professor Andrew Zimbalist, and published by University Press of New England, No Boston Olympics: How and Why Smart Cities Are Passing on the Torch uses an exhaustive insider account of the rise and fall of the Boston 2024 bid as a case study examining why more and more cities are resisting the siren’s call of the Games.

In an interview with NBC Boston’s Alison King this week, Walsh dismissed Dempsey and Zimbalist as “a couple of opportunists.”

“I’d like to know where the profits of the book are going to go,” he said. “There are some falsehoods in that book that they wrote about. It seems to be that they’re doing it for their own personal gain, which is fine, but I think that we could look at the Olympics as a positive that Boston was chosen. There was no money spent. We got out of the bid. I wasn’t going to sign that agreement.”

While there was never any one line item for Boston 2024 in the budget, city resources and manpower were dedicated to the proposal. And time is money—that’s more or less the reason that City Hall gave when it charged activist Jonathan Cohn more than $1,000 for City Hall’s emails with Boston 2024 organizers. (Never mind that the Brattle Report, detailing what happened with the bid, cost state taxpayers as much as $250,000.)

And then there’s that pesky “agreement.” In an October 2014 letter to the United States Olympic Committee, as well as the legally binding joinder agreement signed in February 2015—revised after the previous version included a gag order forbidding city employees from speaking ill of the bid—Walsh committed to signing the Host City Contract “unedited,” and that the City of Boston “will agree to the terms, without reservation.” That contract included the taxpayer guarantee.

Walsh’s crusade against the book continued in an interview with WGBH’s Jim Braude Tuesday night: “They immediately took a position against the Olympics without having a conversation with me or anyone on the Olympic side to see what it meant.” But Boston 2024 chairman John Fish agreed to meet with No Boston Olympics in 2014, only to cancel the night before and never reschedule. Though Walsh promised in November 2014 to hold public meetings on the bid before the year’s end, this did not happen, either.

“It is disappointing to be called an ‘opportunist’ for chronicling the story of how regular Bostonians successfully opposed an ill-conceived Olympic bid that would have set back our region and stuck taxpayers with a multibillion dollar bill,” says Dempsey, now the executive director of Transportation for Massachusetts. “Professor Zimbalist and I wrote the book because we felt there were lessons in Boston 2024 for leaders in cities worldwide. Here at home, I trust that as the bid fades into the past we’ll all find common ground to move Massachusetts forward.”

The Boston 2024 debacle likely isn’t something Walsh wants back in the news cycle as he prepares for his first reelection bid. His challenger, Tito Jackson, was a vocal opponent of Boston 2024, and has since made reference to the failed bid on the campaign trail.