A favorite campaign zinger has returned. 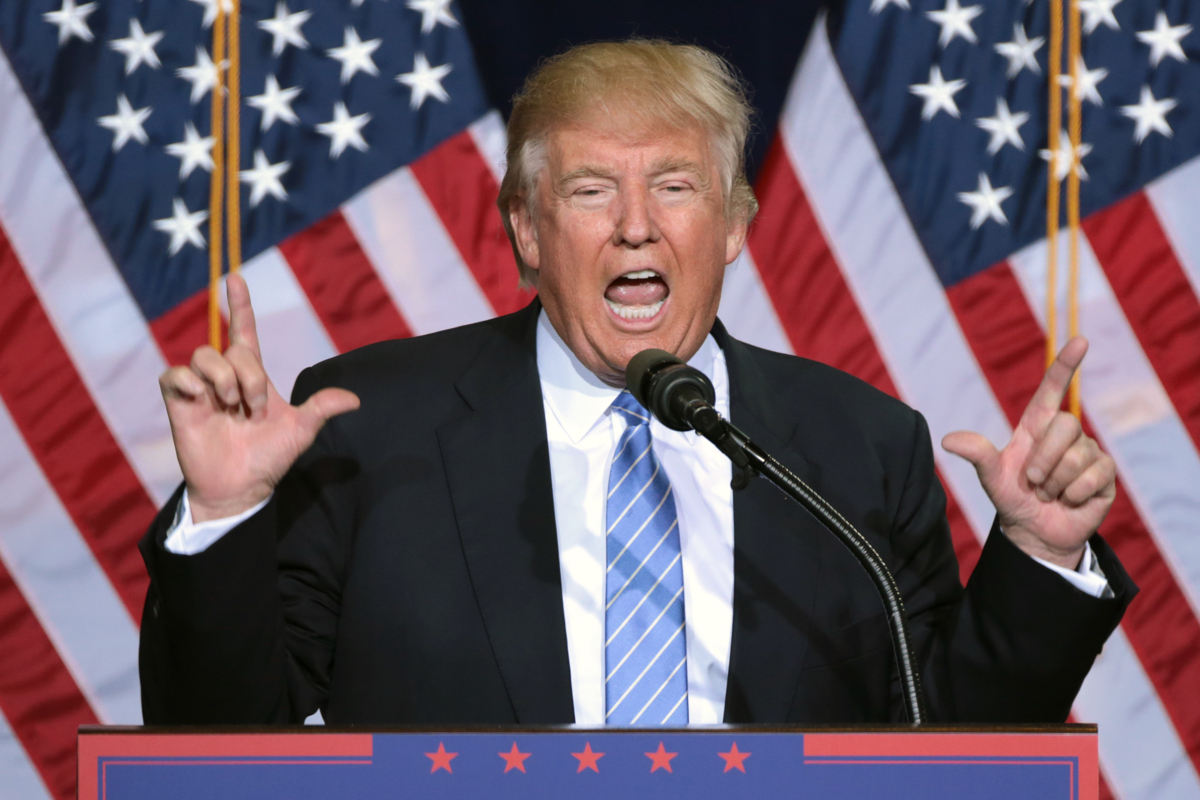 Looks like Trump hasn’t gotten tired of mocking Elizabeth Warren by calling her “Pocahontas.” He rolled out the term again today in a speech to the National Rifle Association.

“It may be Pocahontas, remember that,” he said, referring to the possibility that Warren might run against him in 2020. “And she is not big for the NRA, that I can tell you.”

As you’ll recall, opponents of the senator often bring up allegations that Warren pretended to have Native American ancestors, or at the very least misled Harvard about her background, in order to advance her academic career. She denies that charge, popularized during her 2012 face-off with Sen. Scott Brown, and points to stories told among relatives about her family’s lineage.

It’s sort of… complicated, and it’s become a reliable critique for political rivals aiming to discredit her. During the election, Trump referenced the controversy in tweets and interviews, once telling NBC that, “She made up her heritage, which I think is racist.”

Not long after his inauguration, he was heard using the nickname in a closed-door meeting with her Senate colleagues.

He’s not the only one who isn’t letting “Pocahontas” go. Shiva Ayyadurai, who is after Warren’s Senate seat, has weaponized it, hoping to use to his advantage in the 2018 election the fact that he was born in India and is therefore, according to him, the “REAL INDIAN.” Howie Carr, who led a “war whoop” at a Trump rally last year, is still a fan of the moniker. His preferred version is this: “Fauxcahontas.” He even sells a Fauxcahontas T-shirt.

Meanwhile, after a half-decade of hearing the insult, Warren has said she thinks “Pocahontas” has gotten stale. “He needs some new material,” she told Boston this year, referring to Trump. “If he were a reality show, he would’ve been canceled by now.”