How Donald Trump Has Inspired the Rise of a New Millennial

The president has jolted Boston’s Selfie Generation into newfound political activism—but can it possibly last? 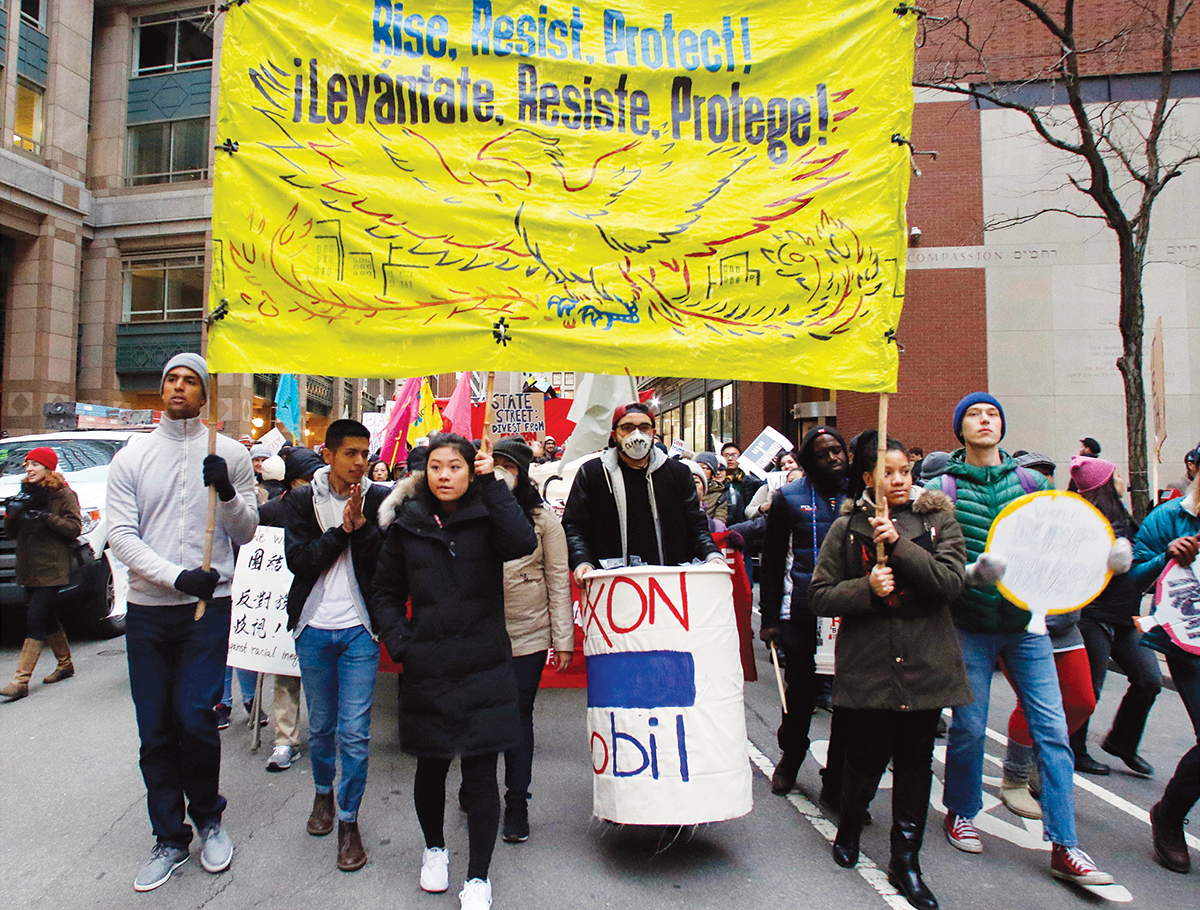 Can’t fight against the youth: Millennial protesters have swarmed the streets of Boston since Donald Trump’s inauguration. / Photograph by Bill Sikes/AP Images

Did you see them? They were tough to miss. In January, thousands of them packed onto the Common for the Women’s March, then later swarmed Copley Plaza to stand against President Donald Trump’s immigration policy. In April, they took to the streets again, this time as part of the March for Science. I’m not talking about those neon-pink pussy hats, but rather the young people wearing them. At last, my generation was showing up for a political cause that they deeply cared about and—at least for now—transforming our city into a national epicenter of protest. Still, it was hard not to worry that this youthful exuberance might quickly evaporate. After all, we’re an age group that can’t even commit to a cable plan. How long can this boisterous activism and powerful energy possibly last?

Cynical? Sure. But millennials have a history of seesawing from enthusiasm to ennui. Just look at the roller-coaster ride they had with the Obama administration. John Della Volpe, a pollster with the Harvard Institute of Politics, found that not long after Barack Obama secured his second term, his approval rating plunged 11 percentage points among 18- to 29-year-olds, and that the younger portion of that group was trending away from the Democratic Party. As recently as 2014, a Tufts study suggested a 40-year low in the percentage of 18- to 19-year-olds who voted, as well as in the percentage who said they were registered to vote. For better or ill, it looked like the generation known for its digital-savvy slacktivism would quickly retreat to the couch and leave politics to the boomers.

Not so! cry the twentysomething protesters. “It was really important to go to the march and show my support and just be there,” says Courtney Cutler, a 29-year-old Somerville resident who works in fundraising for MIT and says she has no plans to give up the fight. Like many young, liberal Bostonians, she came of age during the Obama administration and assumed that the status quo of having a center-left Democrat in the executive office would continue. Now that Trump’s win has galvanized her into action, Cutler insists it’s not her generation’s newfound commitment to politics and protesting that she’s worried about—the problem is deciding which of Trump’s policies to protest.

Cutler is sincere, but I couldn’t help but wonder if she was still riding that initial anti-Trump high. So I reached out to experts who study the sparks that ignite activists in the first place—and much to my surprise, got the same story. Harvard sociology professor Jocelyn Viterna explains that the first political action someone takes often flips a switch that stays with them for a lifetime. She points to studies that show that those very same twentysomethings who protested during the ’60s were generally more likely over the course of their lives “to be more politically active in everything from calling their representatives to participating in protests. The research that we have does show that being politicized, particularly in the youth, can have a lifetime effect on individuals.”

If millennials do remain engaged, it would signal a radical change to the status quo, with the potential to shake up politics here in the Bay State. For the better part of a decade, twentysomethings have been awfully complacent about the state of the world. But there are indications that this newfound sense of activism is already having an effect: Various groups that help train people to run for office have reported huge increases in the number of those signing up. At press time, Run for Something, which has existed only since January 21, boasted more than 8,000 people under 35 interested in running for office. Emerge America, which trains Democratic women to seek office, doubled its applicants in Massachusetts.

Much has been made about the accusation that millennials are the trophy generation—that they expect an award simply for showing up. In this case, they actually do deserve credit for participating. But let’s not dust off the trophy case just quite yet.