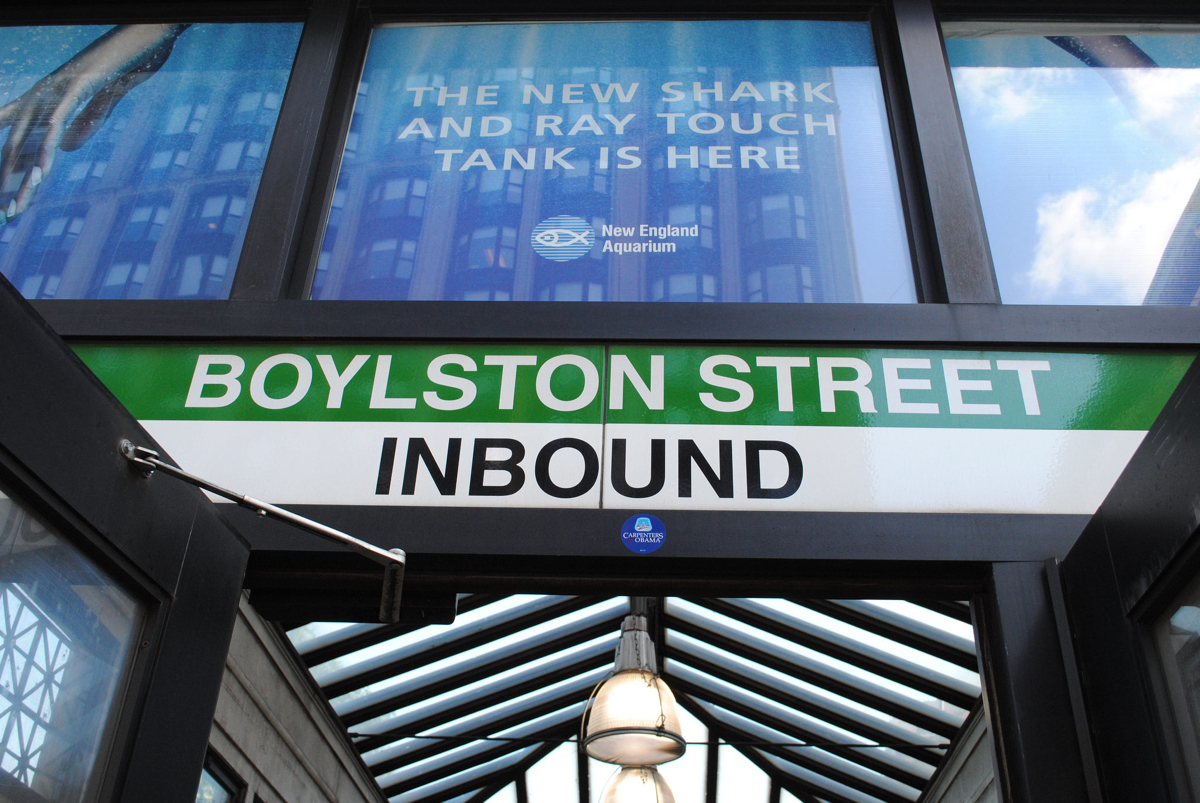 Photo by MBTAgifts on Flickr/Creative Commons

It’s as Boston a sound as a non-rhotic “R,” or a home-run cracking off Big Papi’s bat. The screeching of trains at the Boylston Street T station is easily recognizable to the Hub’s straphangers, albeit for its ear-splitting, blood-curdling unpleasantness. The MBTA wants to fix that.

In the past, the T has used “greaser units” that pump lubricant onto the wheels of trains as they make the near 90-degree turn from Boylston to Tremont Street, one of the sharpest in North American public transit. In addition to six new greaser units, T engineers have installed “flange stick lubricators” on all new Green line trains, WBUR reports, which applies graphite to the train wheels as they turn.

Here are the water sprays attached to tracks, aimed at cutting back on screeching #mbta train pic.twitter.com/X0Z1KxYah7

Prior to its multimillion-dollar renovation, Government Center station was home to a similarly noxious screech (and a Dunks, but who’s bitter?). Among the many upgrades made to the station were misters affixed to the tracks—not unlike those found in your supermarket’s produce aisle—which spray water as the trains roll through to cut down on the noise.