The CapeFlyer Returns for 2017 on Memorial Day Weekend

The best way to avoid traffic on your way to the beach is back. 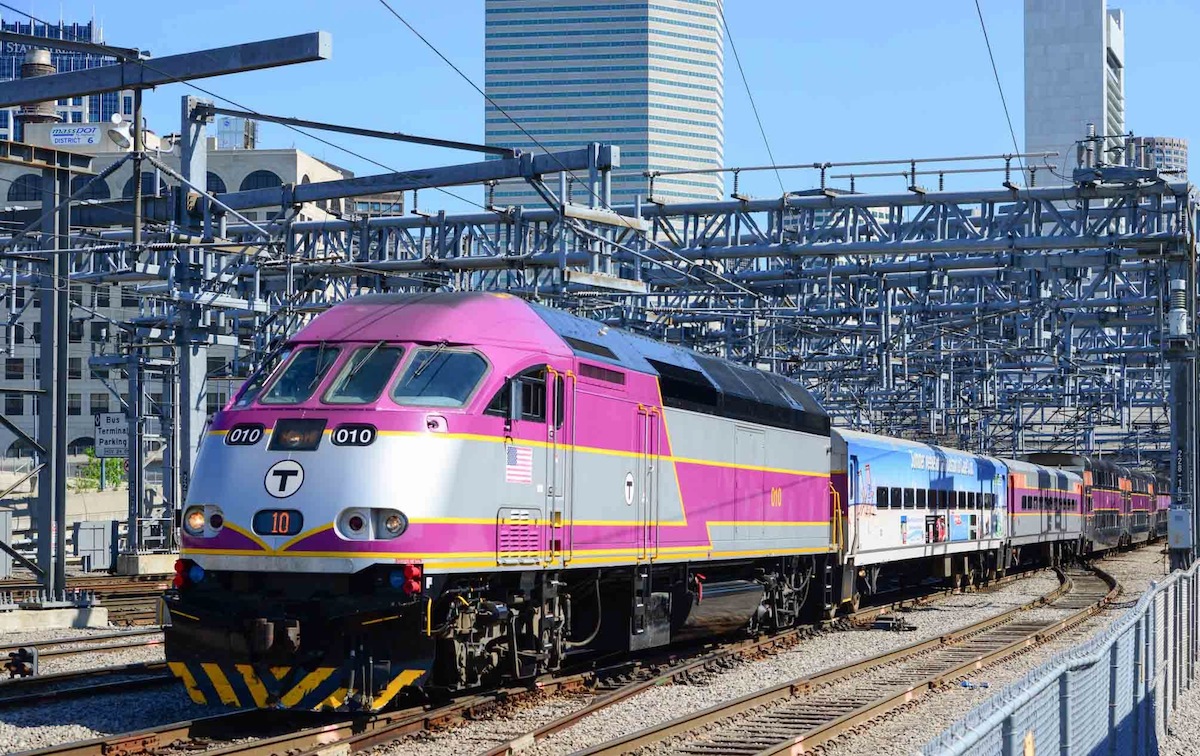 Here’s your annual reminder that getting out to Cape Cod does not require that you sit in traffic for hours on end. Instead, you can take the CapeFlyer train, which runs from South Station to Hyannis, and is the best way to get to the beach without tearing your hair out on the way.

The train—which also stops in Braintree, Brockton, Middleboro, Wareham and Buzzards Bay—is set to start the 2017 season this Memorial Day Weekend, with the first train leaving Boston at 5:50 p.m. on Friday, May 26. On May 28, veterans and active service men and women ride free.

“We look forward to providing this service for beach-goers and vacationers,” says David Scorey, general manager of commuter rail operator Keolis, in a statement Tuesday morning. “In its fifth year, the CapeFlyer helps emphasize that the Commuter Rail is not just for commuters and that there are many great destinations to explore at outlying points in the network.”

The CapeFlyer train, which was first launched in 2012, became a permanent summertime fixture in 2013. It keeps getting more popular, according to Cape Cod Regional Transit Administrator Tom Cahir, who tells CapeCod.com that ridership has “seen an increase each year.”

Round-trip tickets to Hyannis cost $40. Children under 12 ride free, dogs and bikes are allowed. The Cape Cod Regional Transit Authority offers ferry and bus connections available on arrival. There is be beer and wine on board, as well as food options provided by Blonde on the Run Catering.

Honestly, why would you drive?

Learn more and book your tickets here. The schedule is included below (the train is operating on a Saturday/Sunday schedule on Memorial Day). 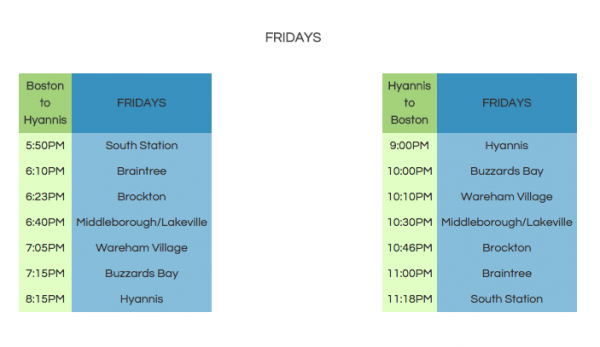 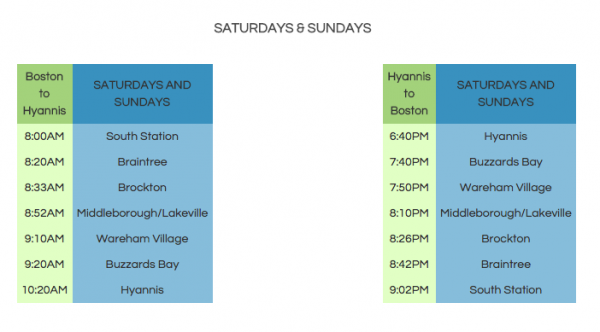