The all-star outfielder called it one of the worst experiences of his career. 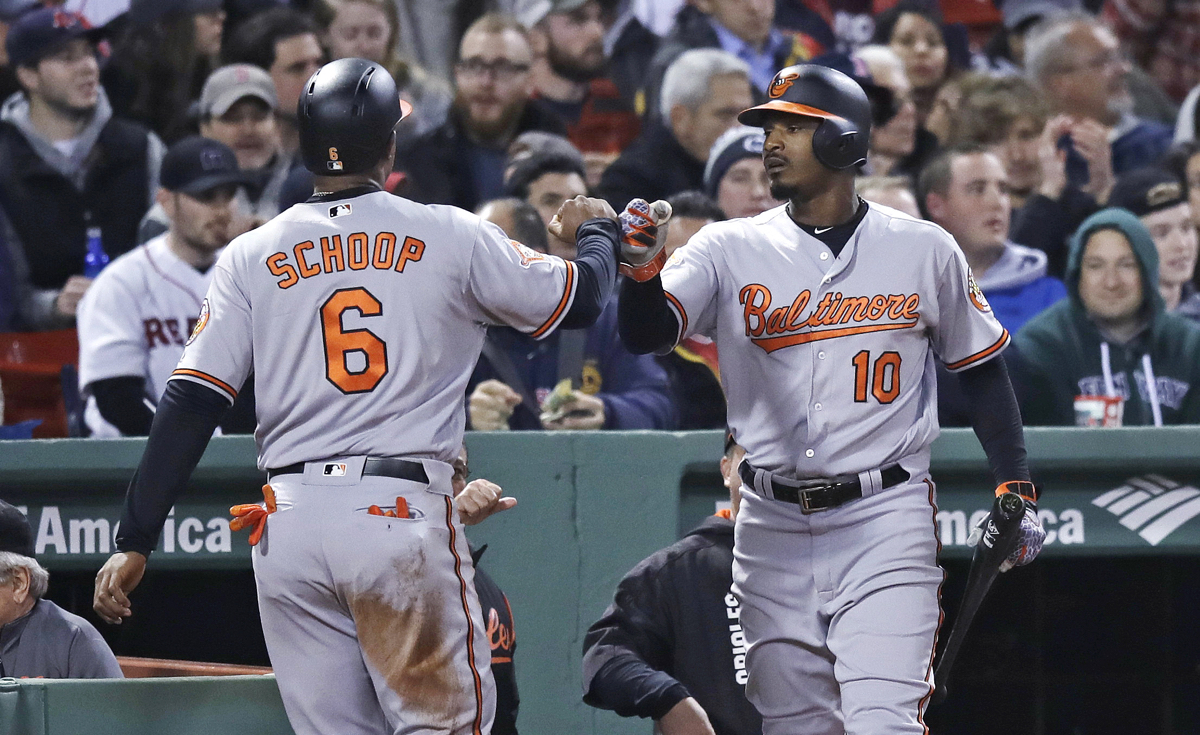 Baltimore Orioles outfielder Adam Jones says he was taunted with racial slurs and pelted with peanuts during Monday night’s 5-2 win over the Red Sox at Fenway Park.

“A disrespectful fan threw a bag of peanuts at me,’’ Jones, one of just 62 African American players on the opening-day rosters, told USA Today. “I was called the N-word a handful of times tonight. Thanks. Pretty awesome.’’

Though Jones says he’s received similar abuse at Fenway in the past, Monday marked one of the worst experiences of his 12-year career.

“It’s unfortunate that people need to resort to those type of epithets to degrade another human being. I’m trying to make a living for myself and for my family,” he said. “It’s unfortunate. The best thing about myself is that I continue to move on, and still play the game hard. Let people be who they are. Let them show their true colors.’’

The Red Sox confirmed that the fan who threw a bag of peanuts into the dugout at Jones was removed from Fenway Park. Jones called the ejection a “slap on the wrist,” and suggested a fine as much as $30,000.

Mayor Marty Walsh called the episode “unacceptable and not who we are as a city,” while Tanisha Sullivan, president of the Boston chapter of the NAACP, called it a “shame on the city.”

“I’m just really sorry that Mr. Jones experienced what appears to be the worst of Boston last night,’’ Sullivan told the Globe. “There is something about the climate that made people think it was okay. That made people think that, in a crowded stadium, they could shout out these words, and not only would they not be arrested – but the people around them would find it acceptable. And that speaks to something very deep.’’

The Red Sox want to publicly apologize to Adam Jones and the entire Orioles organization for what occurred at Fenway Park Monday night. No player should have an object thrown at him on the playing field, nor be subjected to any kind of racism at Fenway Park. The Red Sox have zero tolerance for such inexcusable behavior, and our entire organization and our fans are sickened by the conduct of an ignorant few. Such conduct should be reported immediately to Red Sox security, and any spectator behaving in this manner forfeits his/her right to remain in the ball park, and may be subject to further action. Our review of last night’s events is ongoing.

Jones and the Orioles return to Fenway Park tonight at 7.