The "infamous" SUV has been pulled from the site. 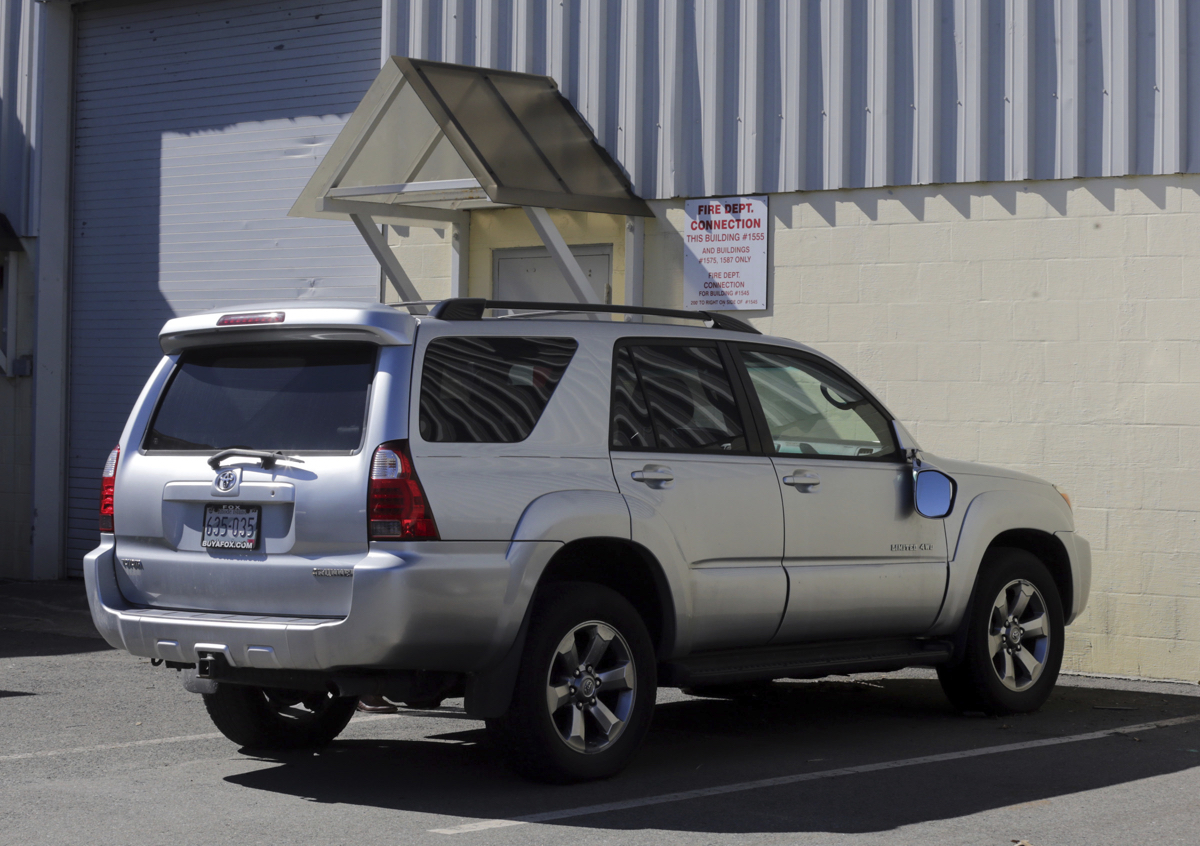 Sorry, but if you were one of the many collectors who placed bids for Aaron Hernandez’s car on eBay, you’re out of luck.

Abruptly and so far without explanation, the online auction site has pulled a listing for the convicted murderer’s SUV, a key piece of evidence in the late Hernandez’s recently concluded trial that had until recently had been stored at a police impound lot. It had been advertised on the site as “The Real Deal,” and according to the description on the since-removed posting, still had police fingerprint dust on some of its components. As an added bonus, the car came with one of the former Patriots star’s jerseys, which had been signed. It also, the ad says, “runs great.”

“Nows [sic] your chance to own this infamous piece of famous football memorabilia,” it said.

The listing, naturally, garnered a lot of attention. More than $100,000 had been bid for the car in less than a day.

Buddy Claire, a Massachusetts car dealer who listed the car, tells the Globe he hasn’t been told why the car, a Toyota 4Runner, was pulled, and eBay has not yet responded with an answer. Jack Fox, a Rhode Island car dealer, reportedly leased the car to the star, swapping it for autographed memorabilia and celebrity appearances, which means when the trail ended it would have been released to him, its owner.

Prosecutors had accused Hernandez of gunning down two people, Daniel de Abreu, 29, and Safiro Furtado, 28, from the passenger seat of the SUV. He was acquitted of double murder charges last month, but was already serving a life sentence for the killing of his friend and former teammate Odin Lloyd. He died by an apparent suicide April 19.

The eBay posting had prompted some backlash from critics who called it insensitive.

@eBay take this auction down. There are families hurting. This is disgusting. Do. The. Right. Thing. #AaronHernandezpic.twitter.com/N998aga1ps

But in case you’re wondering, there is are plenty more items linked to the deceased star and convicted murderer where that came from, although none as unique as this one.