The Patriots owner talked about his friendship with the president. 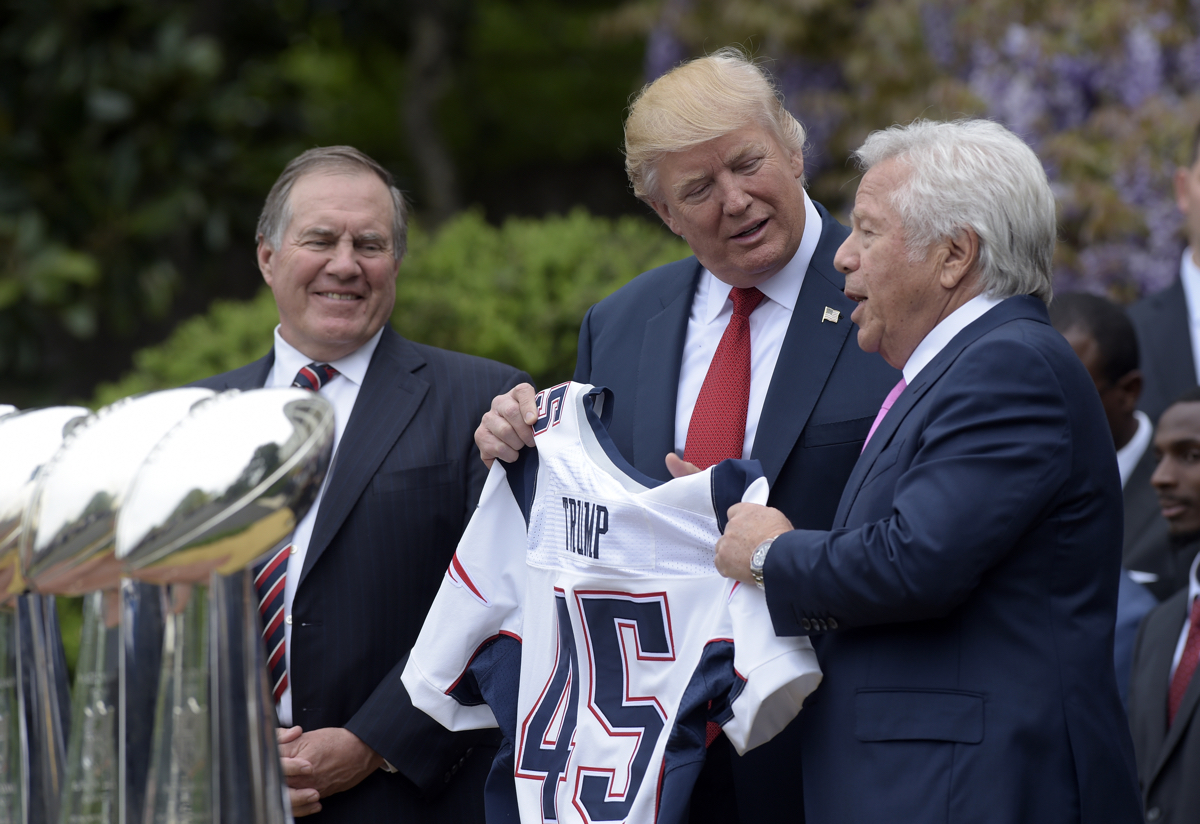 Kraft said he’s known the former real estate developer and reality television star for 25 years, and attended his 2005 wedding to First Lady Melania Trump. But their friendship was cemented following the death of wife Myra Kraft in 2011 after a long battle with ovarian cancer.

“He flew up to the funeral with Melania. They came to my home, and he called me once a week for a year and invited me to things. That was the darkest period of my life. I’m a pretty strong person, but my kids thought I was gonna die,” Kraft said. “There were five or six people who were great to me, and he was one of them. Loyalty and friendship trumps politics for me. If I’ve had any modicum of success, it’s because I’ve had good relationships and people trusted me, so I always remember the people who were good to me in my most vulnerable time, and he was in that category.”

Kraft called Trump “hard-working,” and lamented that he is not portrayed properly in the media: “He doesn’t mean everything he says. But I’m privileged to know that, but people who don’t know him maybe don’t see the better side.”

“I really believe that he wants to make this country better, and he’s grown in the job. I’ve seen it, too. For me, it’s like having a high school buddy or a fraternity brother become president of the United States. It’s weird, in a way. But it’s cool,” Kraft continued. “I want to do anything I can to help him help this country.”