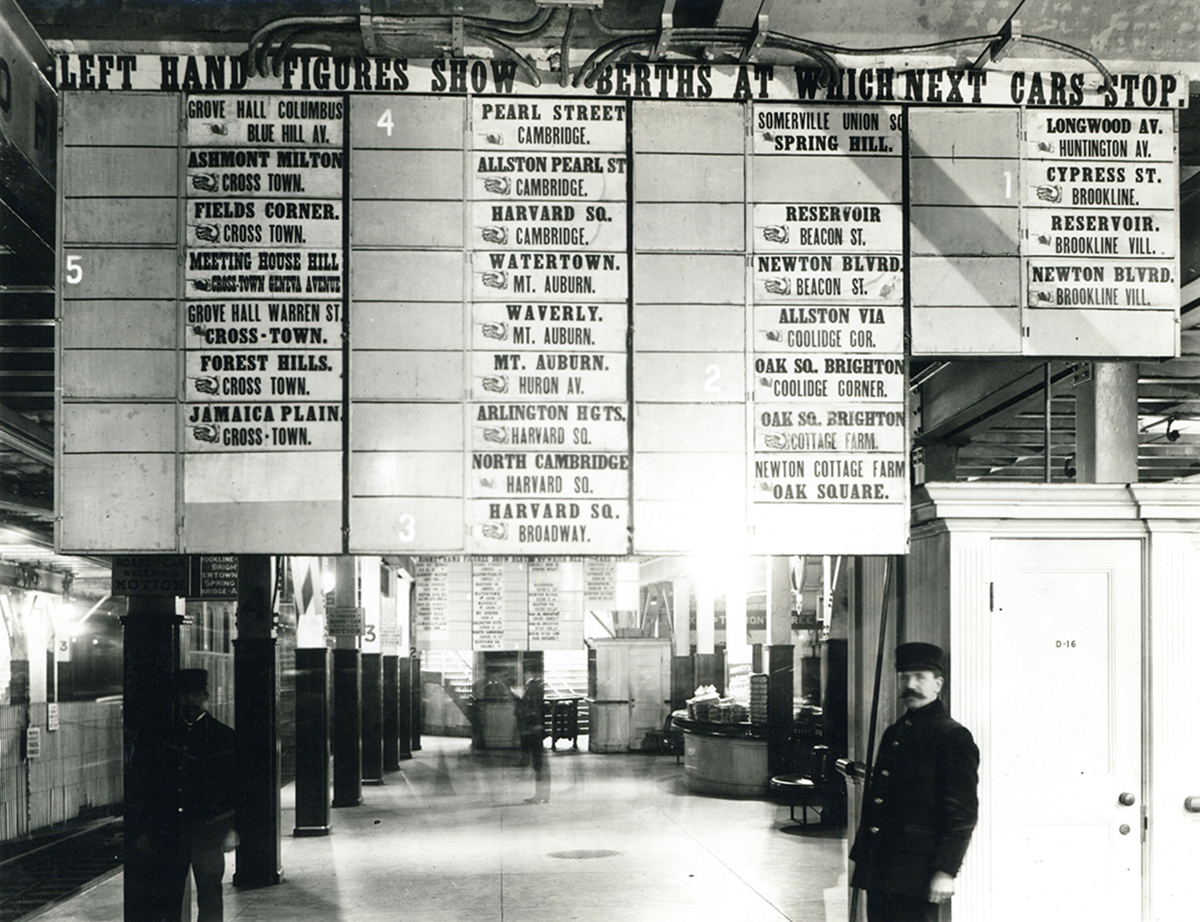 There used to be a time when T stations weren’t associated with weird smells, darkness, and concrete. Back in the early 1900s, the T was, in fact, cool. Men balancing pretty hefty mustaches on their faces stood in T stations under those old-fashioned pointing finger signs, and bought newspapers from artfully arranged newsstands.

As evidenced in these vintage photos of Park Street Station from the City of Boston Archives, the city’s public transportation in the early 20th century was a bit more refined than it is now. The signs displayed excellent font choices, the cars had small decorative curtains, and the newsstands had admirable woodwork instead of blinking lights. These apparent fancy details are partly due to the fact that the underground train system was brand new—the first subway in America opened in Boston in 1897, kicking off with a trip from Park Street to Boylston Street.

A few years later, the Boston Elevated Railway Company combined their elevated trains with the underground subway, and began to form a network for public transportation in the city. Other cities followed suit—in 1904, New York debuted almost nine miles of subway, and later, Philadelphia worked to combine elevated and underground systems.

Feeling nostalgic for the T stations of yesteryear? Allow yourself to be transported to a different time period with these century-old photos of Park Street Station below. 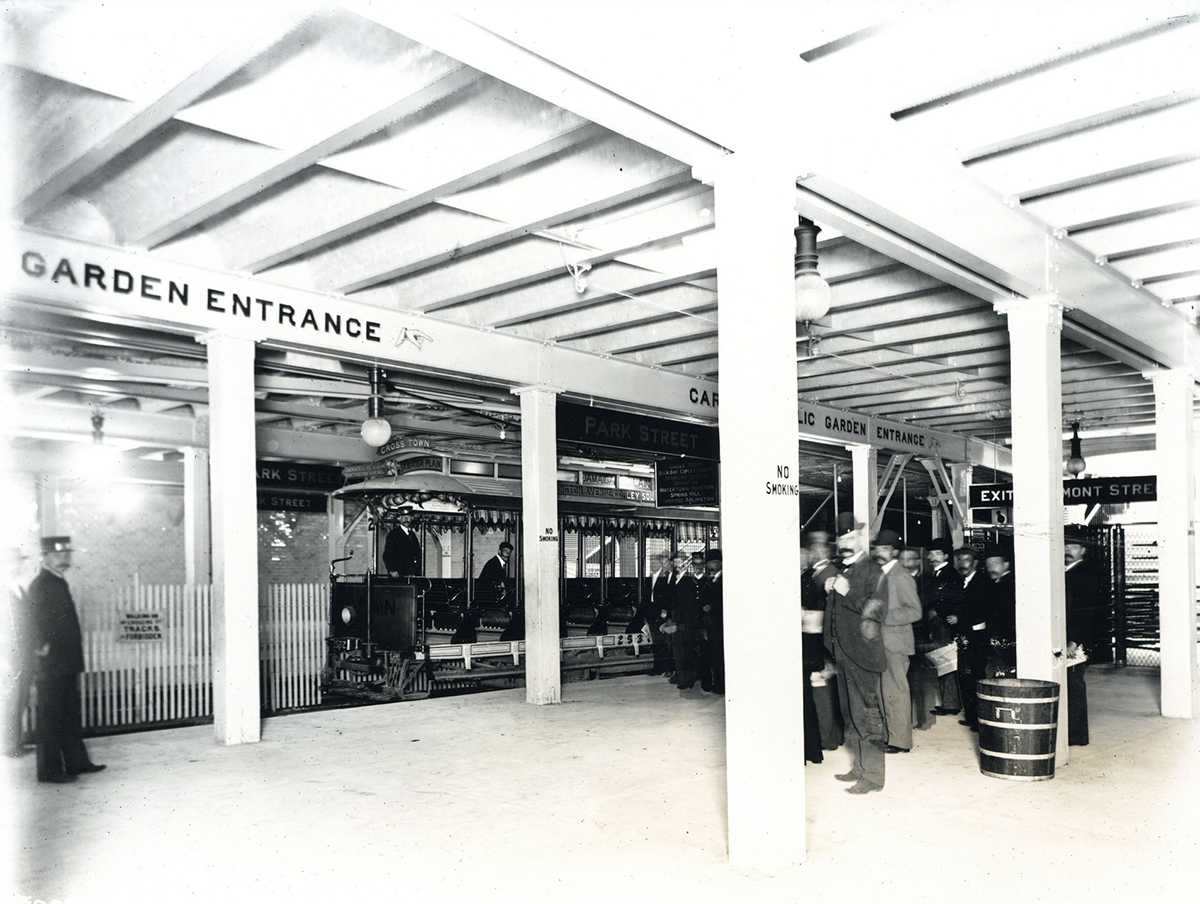 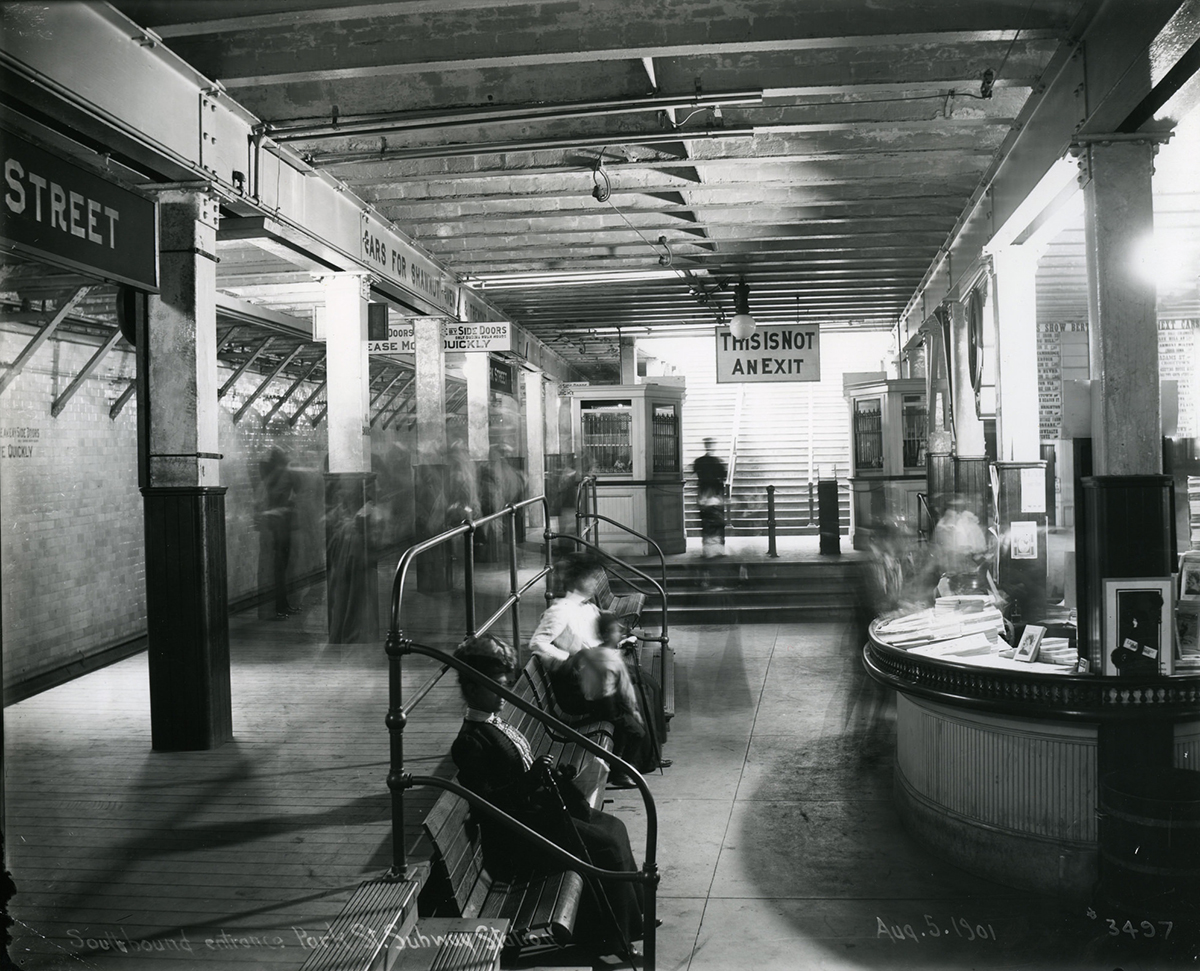 Two women and a child sit near the southbound entrance on August 5, 1901. 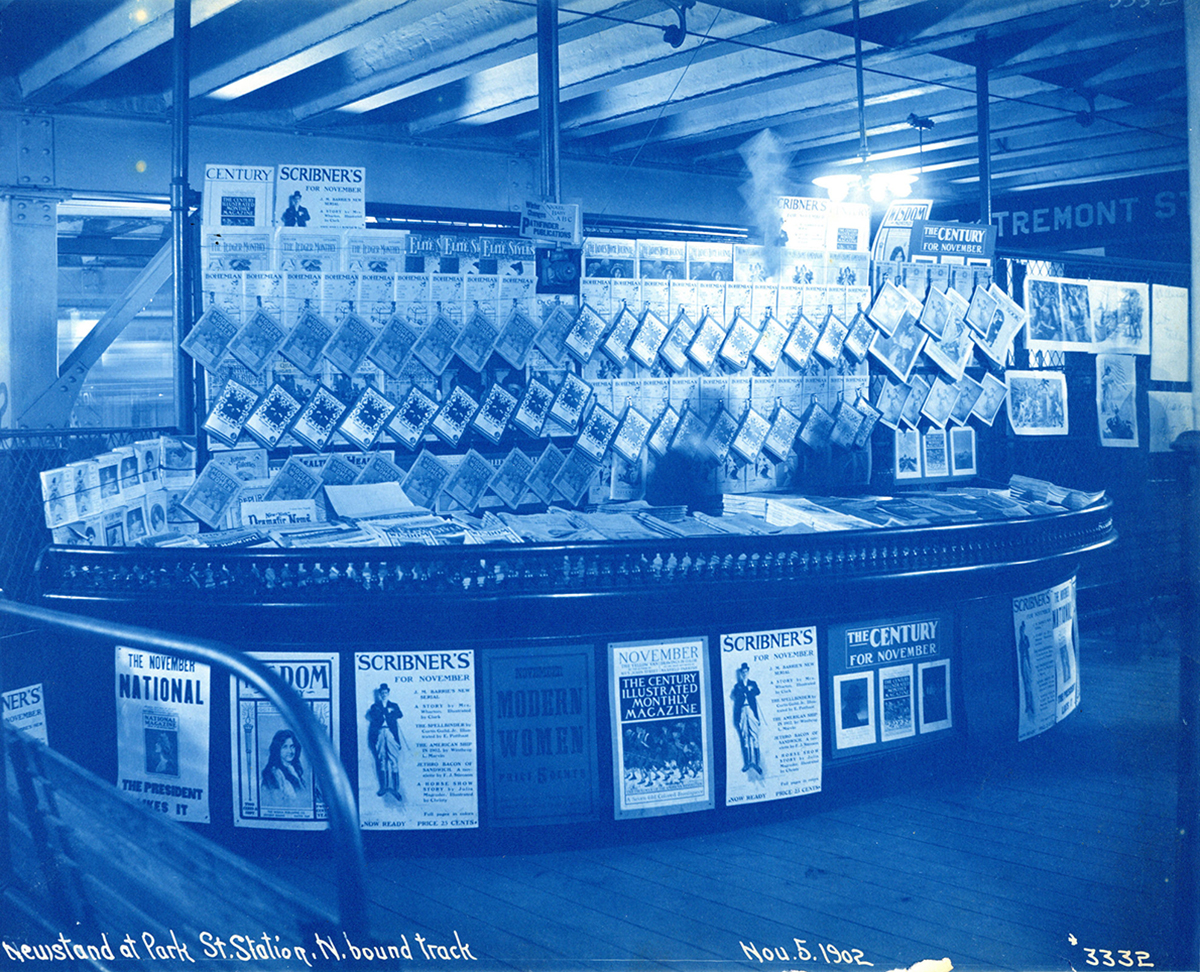 A newsstand offers Scribner’s Magazine, The Century Magazine, and other papers in November 1902. 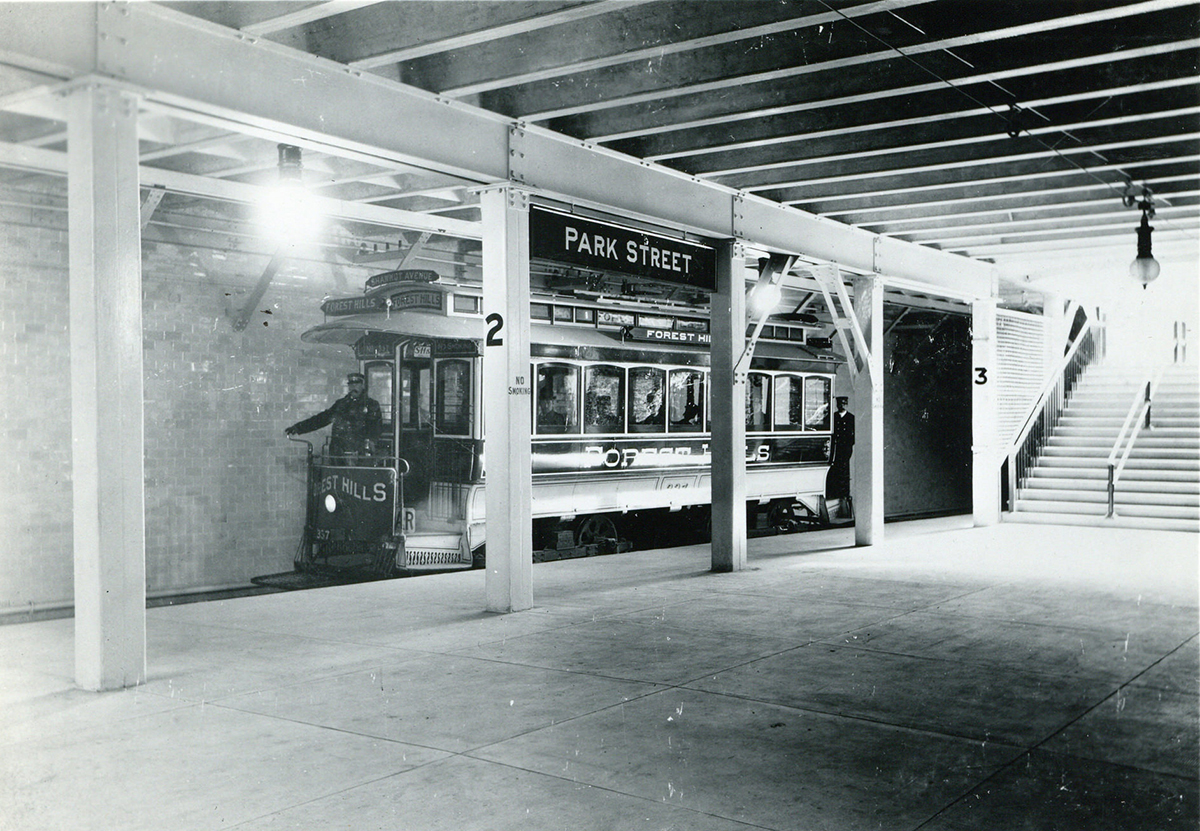