The poultry united will never be defeated. 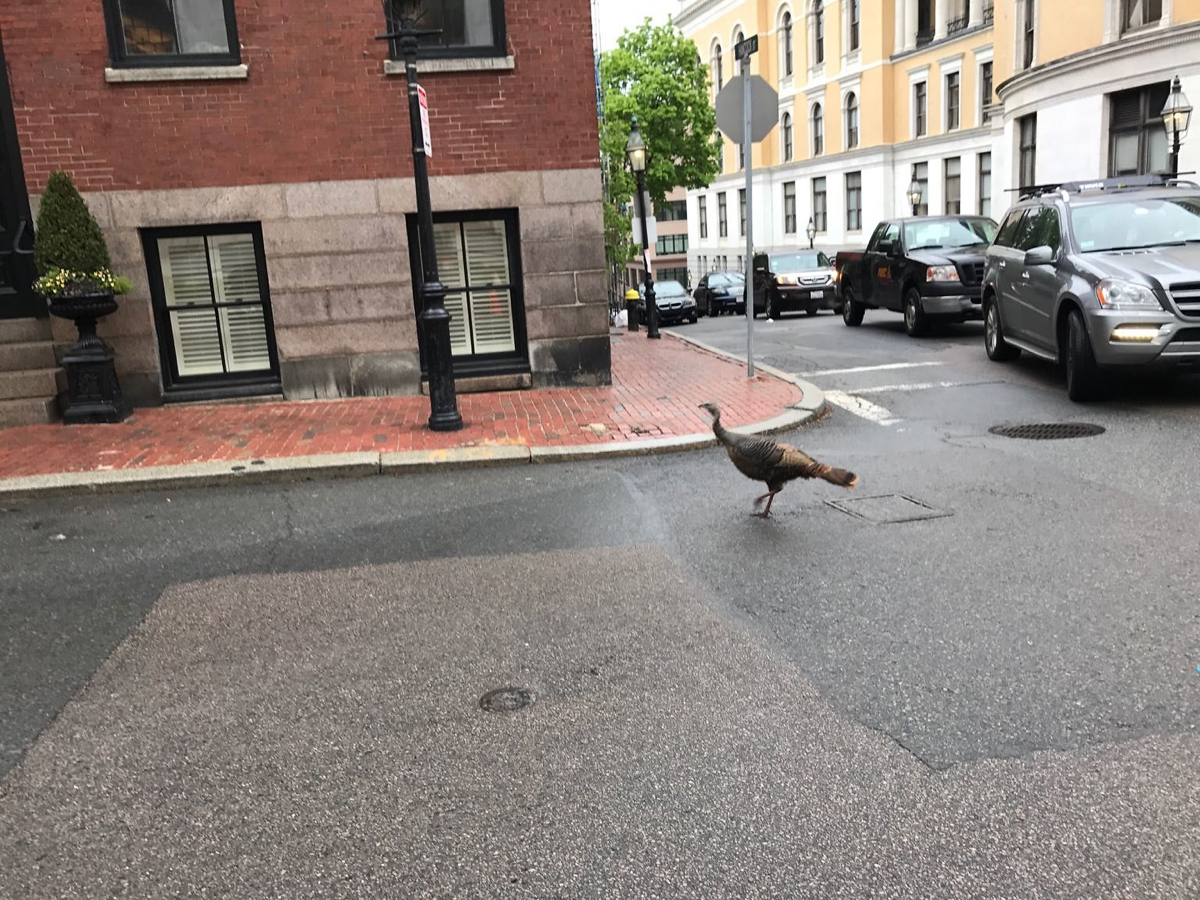 The weekend saw quite a bit of activity on Beacon Hill, with various alt-right and militia groups converging on the Common for a “free speech rally” that proceeded along the Freedom Trail. They were met by club-wielding members of Boston and North Shore Antifa, as Boston Police worked to keep tensions from boiling over in America’s first public park.

The public unrest continued Monday morning, with a lone turkey marching on the State House, presumably to call attention to turkey-related issues, including the free expression of their bizarre, pagan rituals. The “confused” fowl was spotted at the intersection of Mount Vernon and Hancock streets and reported to Boston 311.

You have to admire the bird’s gumption, given that none of his turkey comrades held true to their RSVP of “going” in the turkey Facebook event page, leaving this feathered revolutionary to brave the drizzle all by his (or her) lonesome.