Police: A Taunton DUI Suspect Had a Bearded Dragon Lizard in Her Bra

She is facing charges. The lizard is not. 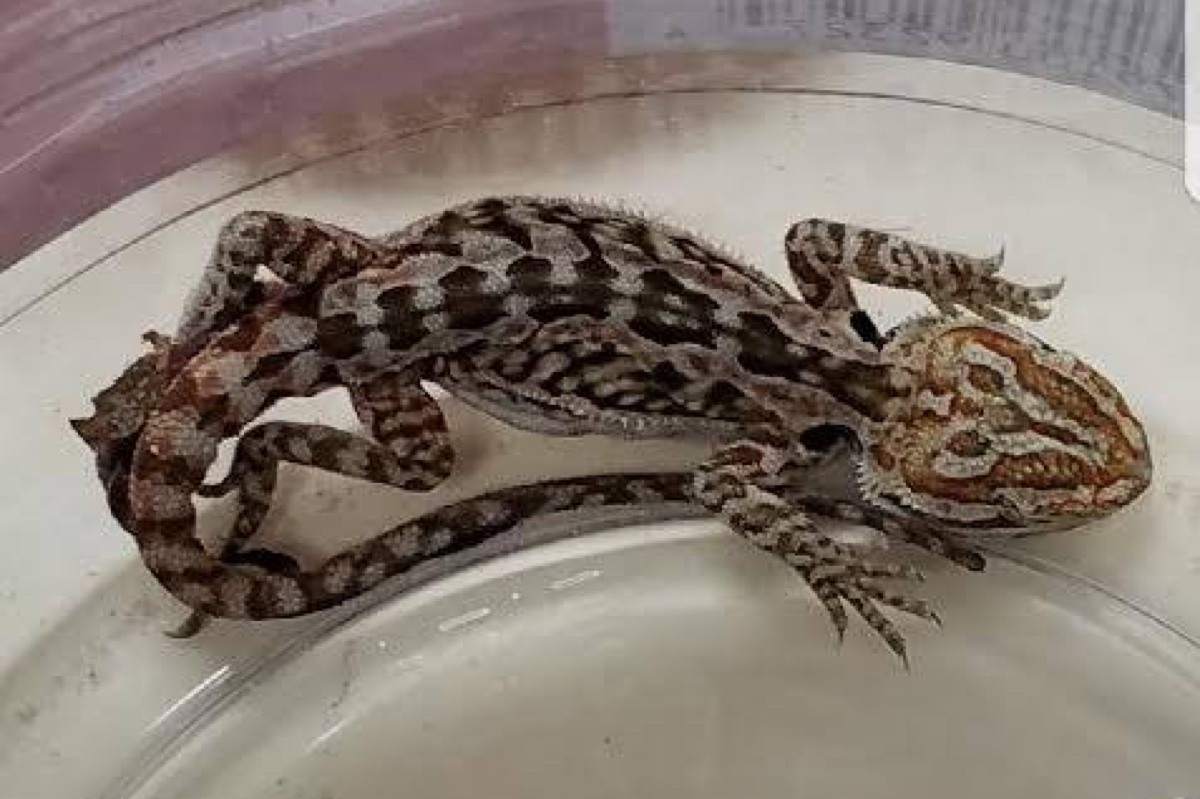 Photo via the Taunton Police Department

Taunton police say a woman was drunk when she crashed a Mercedes into a half-dozen mailboxes and onto a lawn Monday afternoon, with a bearded dragon lizard stuffed into her bra.

According to a sassy report on the department’s Facebook page, 39-year-old Amy Rebello-McCarthy, of Newton, drove a car onto the lawn of a Taunton home sometime before 1:23 p.m on Monday, May 15. The crash sent mailboxes flying into the air, police say, including one that collided with the back window of a car parked nearby. Photos shared by police of skid marks on the grass indicate the vehicle traveled a significant distance sideways along the grass and missed colliding directly with several trees near the edge of the road.

Witnesses told officers that her passenger, 22-year-old Marvin K. Kyewalyanga, of Waltham, then attempted to drive the 1999 Mercedes C280 away from the scene, according to the report—which, police say, “may have been possible if all four tires hadn’t been flattened in the crash, if all the airbags hadn’t deployed and both bumpers hadn’t been ripped off.”

When officers arrived, they noticed that both Rebello-McCarthy and Kyewalyanga were slurring their words and seemed confused, the report says. They later determined Rebello-McCarthy’s blood alcohol level was twice the legal limit. Rebello-McCarthy faces charges of driving under the influence, driving to endanger, and a marked lanes violation.

Police also noticed that Kyewalyanga had an airsoft gun, which shoots nonlethal pellets, jammed into his waistband. Spooked by what they believed might have been a rifle, police say they took him to the ground, then handcuffed him and placed him in protective custody.

Then the reptile made its appearance.

Rebell0-McCarthy revealed to police she had her pet bearded dragon lizard with her, which she had stored for safe keeping inside her “brassiere,” according to the report.  The lizard is now in the custody of the department’s animal control officer and “faces no charges at this time,” police say.

“You can’t make this stuff up,” the department notes.