In an Interview with JFK’s Grandson, Obama Says History Matters

He says he was inspired by President Kennedy's handling of the Cuban Missile Crisis. 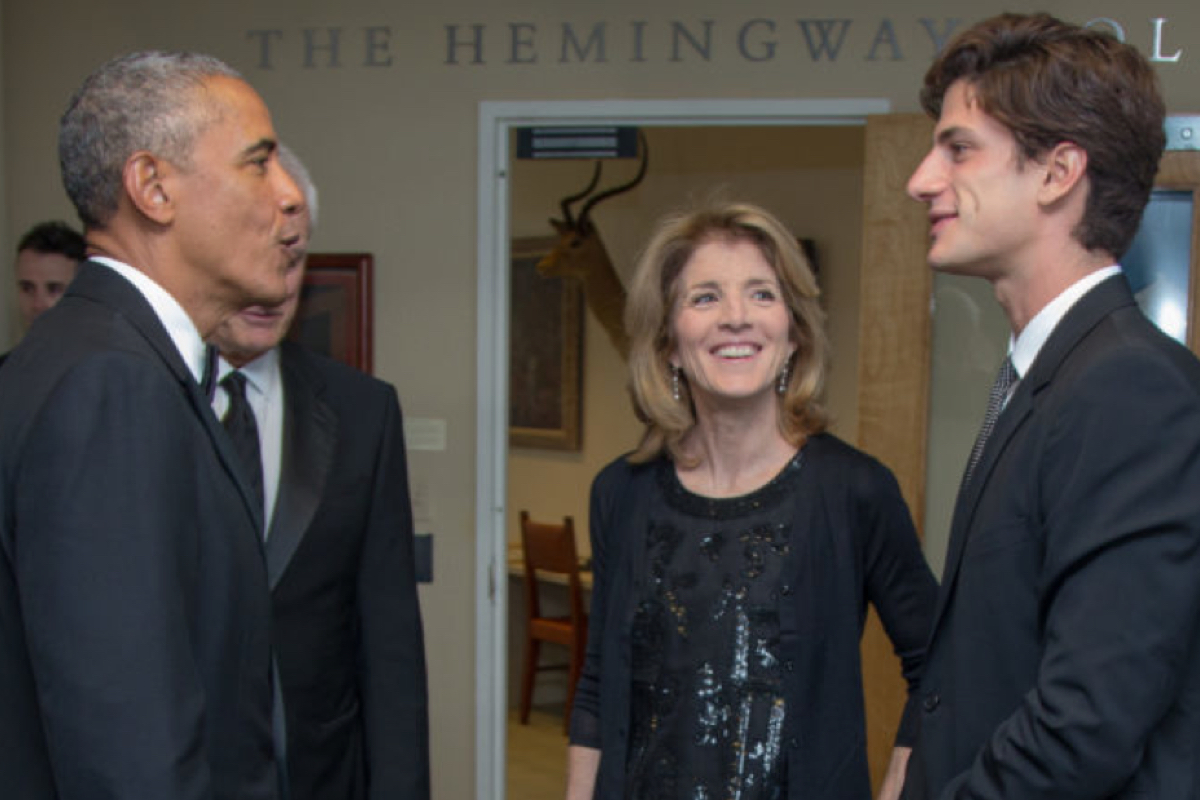 Moments before Barack Obama accepted his Profile in Courage award in Boston last week, and amid a yearlong celebration of JFK’s centennial, the former president sat down with John F. Kennedy’s grandson to talk about history.

In a brief but wide-ranging conversation with 24-year-old Jack Schlossberg, whose mother is former ambassador to Japan Caroline Kennedy, Obama says JFK’s legacy was important to him during his eight-year stint at the White House. That’s because history matters, he said, and the next generation of government (and, one might argue, the current occupant of the Oval Office) ought to remember that.

“Obviously, your grandfather’s handling of the Cuban Missile Crisis is a classic example of someone showing firmness, restraint, thinking through a problem, not bending to short-term passions, and ultimately arriving to a good outcome,” Obama says in the interview, a full version of which is available in a post on Medium. He compared the pressure and high stakes of those negotiations, with a nuclear arsenal amassed near the American border, to Abraham Lincoln’s decision-making at the height of the Civil War. “I do think that there is a value, even before you go into office, in having a certain baseline of history because, if you’ve thought about it ahead of time, then when you’re in the midst of making decisions, your mind is already in the habit of thinking about long-term horizons as opposed to the short-term.”

His comments, of course, came before yesterday’s bombshell news that President Trump had reportedly given up state secrets to Russian officials in what has been characterized a careless slip, and more evidence that ours is a shoot-from-the-hip president who shuns preparation in favor of winging it. He also, as you’ll remember, is prone to messing up History 101.

If Kennedy’s legacy, and Trump’s follies, tell us anything, winging it isn’t good for anyone.