"He’s never been black, and he’s never played the outfield in Boston." 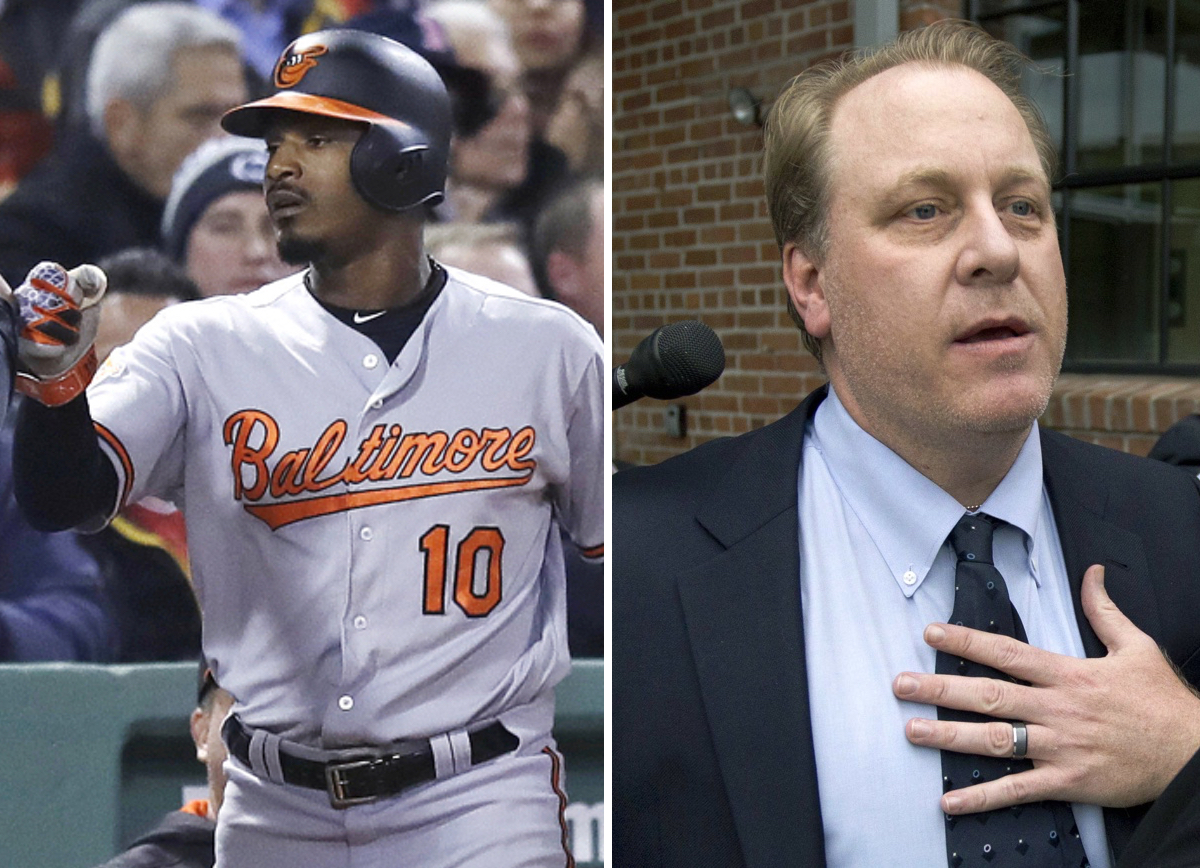 Baltimore Orioles outfielder Adam Jones fired back at Curt Schilling in an interview Tuesday, after the former Red Sox ace turned far-right political commentator claimed Jones was lying when he said he taunted with racial slurs at Fenway Park.

“He just wants an outlet. Somebody will take his call, take his rants. He can keep them for himself,” Jones told Yahoo Sports’ Jeff Passan. “Because he’s never experienced anything like I have. I’ll stick with what [Mark] McLemore said about it: Schilling, hell of a career. But he’s never been black, and he’s never played the outfield in Boston.”

Earlier this month, Schilling called Jones’ account “bullshit” on Breitbart Radio. “I don’t believe it, for this reason: Everybody is starving and hungry to sit in front of a camera and talk and be social justice warriors,” he said. “And if a fan yelled loud enough in center field for Adam Jones to hear the N-word, I guarantee you we would’ve heard and seen fans around on CNN on MSNBC, they would’ve found multiple fans to talk about what a racist piece of junk Boston is.”

Schilling doubled down Tuesday in a text message to WEEI:

If he wants to maintain the lie he made here, that’s fine. No one denies racism exists, but when people like him lie about an incident and others just take him at his word, it perpetuates a mythical level of racism…And for some reason, it appears blacks believe only blacks can talk about racism and only whites can be racists. I promise you if some scumbag yelled the N-word at Adam Jones in Fenway, it would have been on Twitter, Facebook and every other social media site asap, like every other ‘incident.’ Not to mention the liberal Boston media would have broken its neck to identify the racist. But just taking him at his word means there are a bunch of white cowards and racists living here, because no one stood up to the guy. Adam has an agenda and one needs to only look at his past commentary on race and racism to see it. But see, when you question fake hate crimes in this day and age it somehow makes you a racist. If you use this use every word or none at all.

In his Q&A with Passan, Jones said it would be a “cop-out” to single out Boston among other major cities for struggling with racism. He also praised recent efforts by the Red Sox front office to confront the problem. During the same homesstand, the team issued a lifetime ban on a fan caught using racial slurs.