The Forbes Under 30 Summit Is Coming Back to Boston

For the second year in a row. 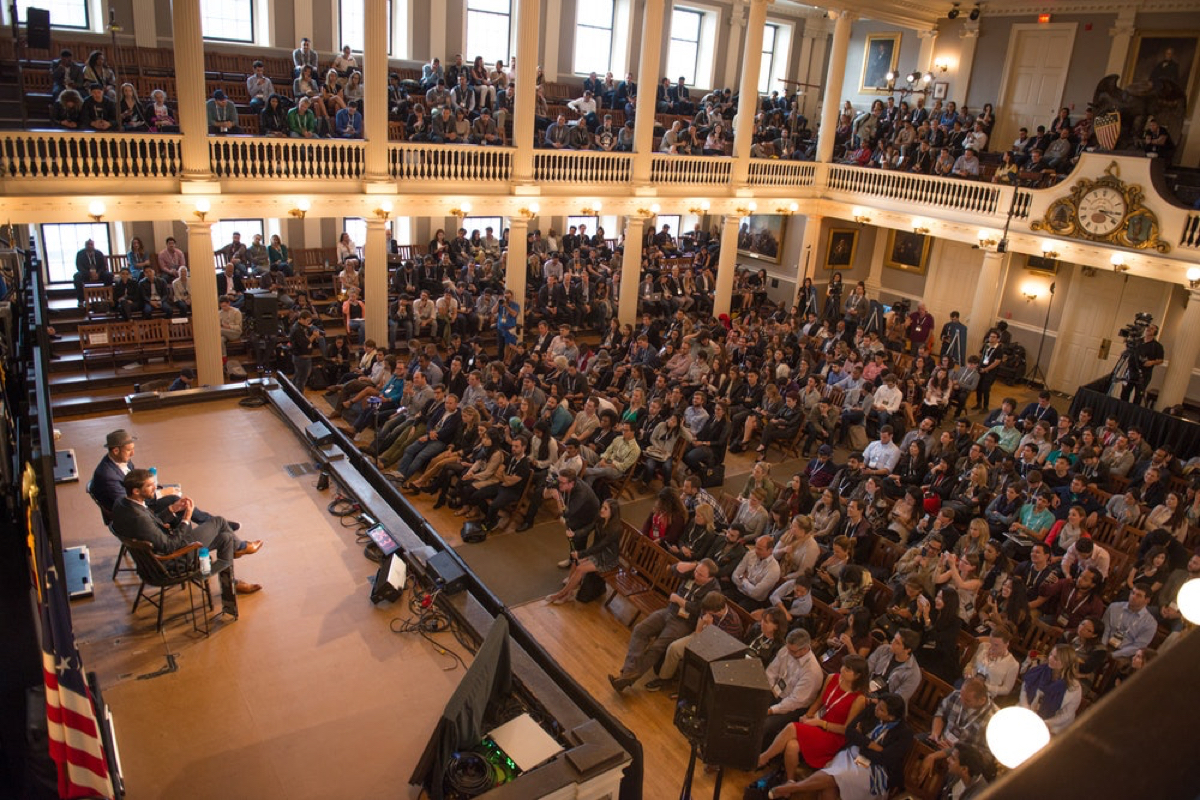 Photo from the Forbes Under 30 Summit in Boston in 2016 via Forbes.

The Forbes Under 30 Summit will return for a second year in Boston in 2017, with another round of music, speeches, food, and networking here October 1-4.

The magazine announced this week that its influential gathering of voices in technology, medicine and business has chosen the Hub once again. Attendees are culled from its annual lists of notable 20-somethings, as well as “a wide range of CEOs, founders, leaders, mentors, investors and disruptors,” according to a news release.

“We are so thrilled to return to Boston and build on last year’s summit,” says Forbes editor Randall Lane, in a statement.

Actor Ashton Kutcher is among this year’s headlining speakers, as is 28-year-old Canadian YouTube vlogger Lilly Singh, better known by the name IISuperwomanII.

There are a bunch of new elements to the event this year, among them a gathering to celebrate influential women at MIT and a “Discover Stage” to discuss life sciences issues. Also this year Forbes is sponsoring a scholarship program to attend the event for 1,000 college seniors “from diverse backgrounds who are underrepresented in tech and finance.” And once again, City Hall Plaza will be transformed into a “village” with a beer garden and a sort-of adult playground for young professional types.

“This summit will showcase the best Boston has to offer,” Boston Mayor Marty Walsh says in a statement, “and I look forward to welcoming thousands of entrepreneurs, philanthropists, performers, scholars and attendees to our City.”

The official announcement was made Friday afternoon at the new Seaport headquarters of the software company called Catalant, which is one of the summit’s sponsors.