They are the fastest animals in the world. 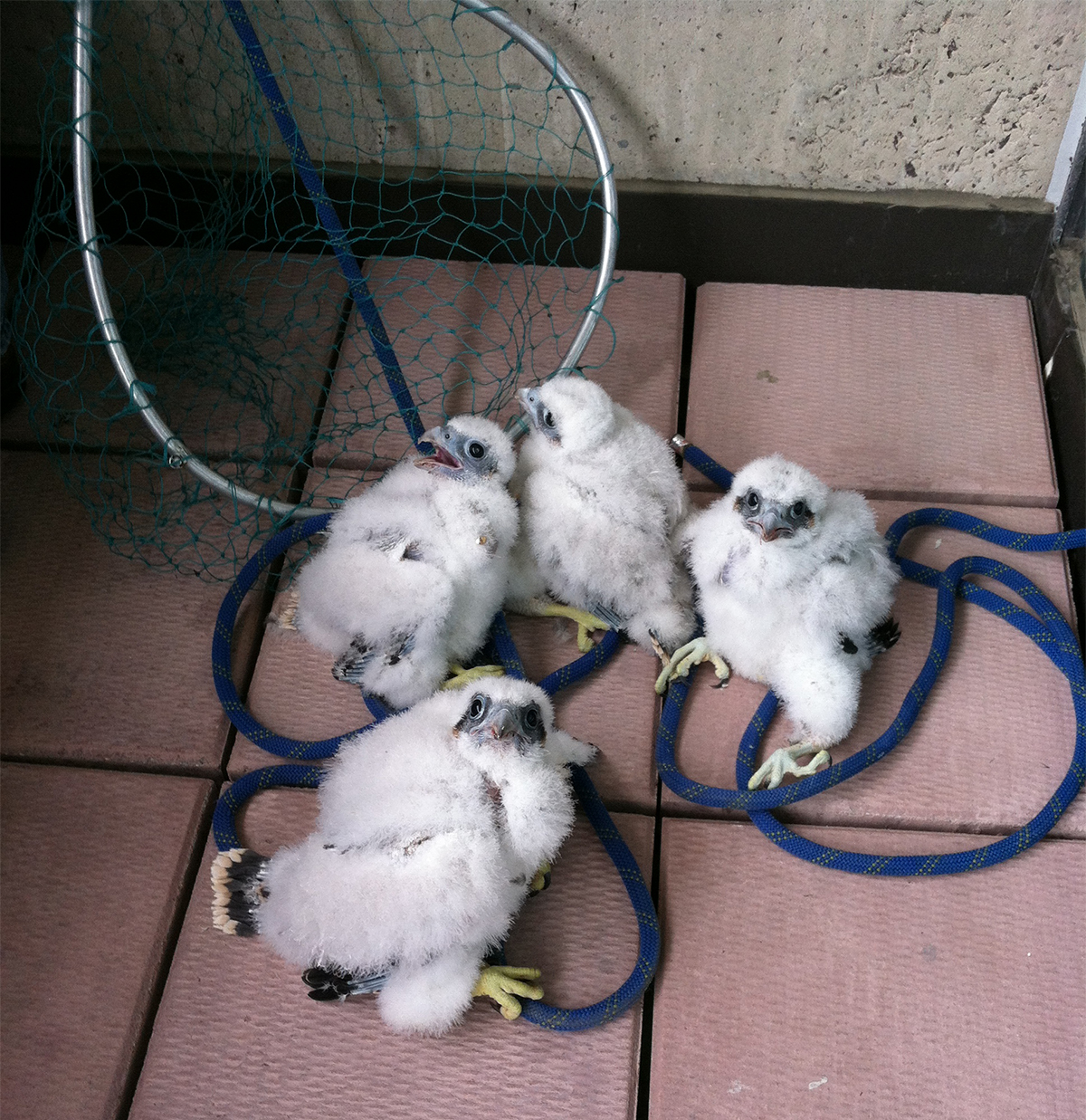 Image of falcons from prior hatching provided

Let’s give a hearty welcome to Boston’s newest winged residents, four peregrine falcons that hatched on the roof of an I.M. Pei-designed skyscraper at 177 Huntington Ave. The birds, which are the fastest animals in the world, made their debut last Thursday.

Their arrival isn’t a total surprise. Members of the Massachusetts Audubon Society worked with property managers to accommodate a pair of nesting falcons, and have kept an eye on the birds for months.

Peregrine falcons are the closest thing nature has to fighter jets. They are small, highly maneuverable, and can hit speeds in excess of 200 mph as they hunt down prey, which mostly consist of other, slower birds (pigeons of Boston, be warned).

Fortunately you’ll be able to get a look at these feathered newcomers before they hit top speed. Beacon Capital Partners is hosting a public unveiling of the chicks next Wednesday in the lobby of the building at 12:30 p.m.

At the event, researchers will band the chicks in order to track the animals as they mature and take flight. According to the announcement, there are only 30 nesting pairs of peregrine falcons throughout the state.