They were too weird and gross for the T, officials say. 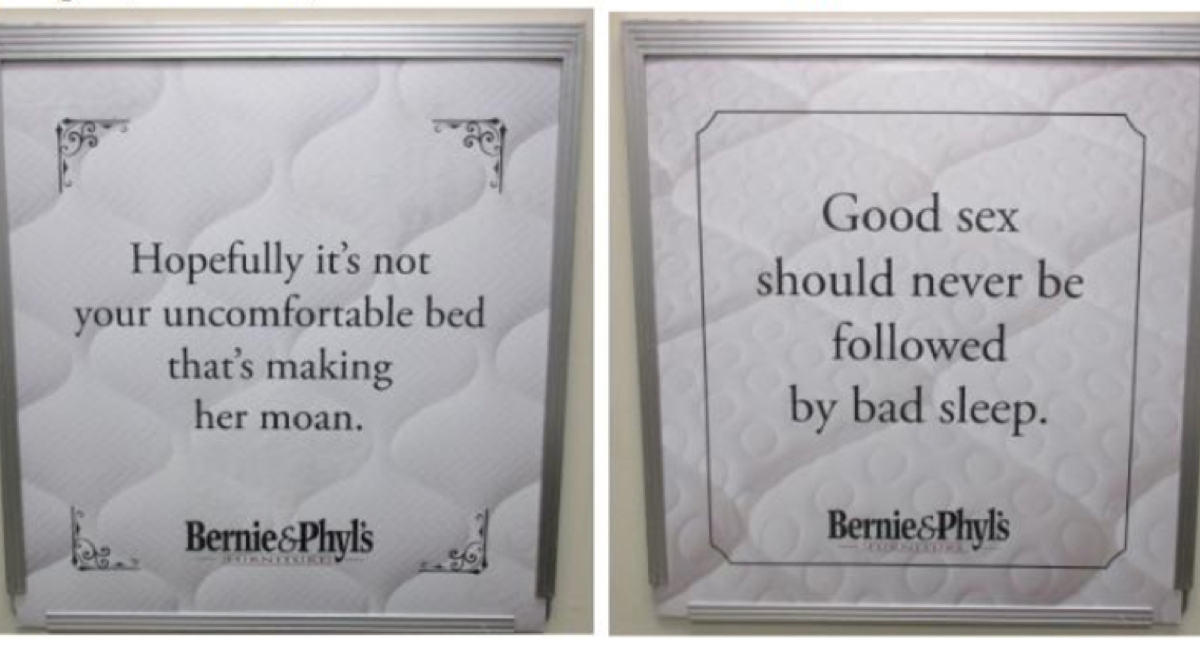 So long, weird and pervy Bernie & Phyl’s ads on the MBTA.

The T has removed a set of posters advertising the furniture chain—which include cringe-inducing jokes about sex—after complaints from riders. The agency cited a rule against “prurient sexual suggestiveness,” according to the Globe.

The ads pulled by the T include one about whether an “uncomfortable bed” is “making her moan,” and one noting that “Good sex should never be followed by bad sleep.” Among those taken down is one that isn’t about sex. It reads: “1 in 8 people die in bed. Some die more comfortably than others.”

An earlier ad campaign, which featured messages that were similarly suggestive and were designed to look like adult classifieds, turned heads on the T from January to March, but were never removed.

These adds were all over the mbta, kids ride the rail. Fire your marketing company, horrible! #bernie and phyl’s pic.twitter.com/CWQYbJ1srq

This is, cynical observers might assume, the kind of outcome Bernie & Phyl’s was looking for when it placed the ads. The furniture company has recently ditched its old-school commercials and jingle for a PR campaign run by a New York firm called Devito/Verdi that thrives on outrage (some might call it manufactured outrage). It’s the same company that made that now-infamous Legal Sea Foods ad about Hillary Clinton, which compared the candidate to a “cold fish.”

Devito/Verdi is predictably miffed about the MBTA’s decision, and has reportedly referred to it as “censorship.”