"As a coastal city, we know what's at stake." 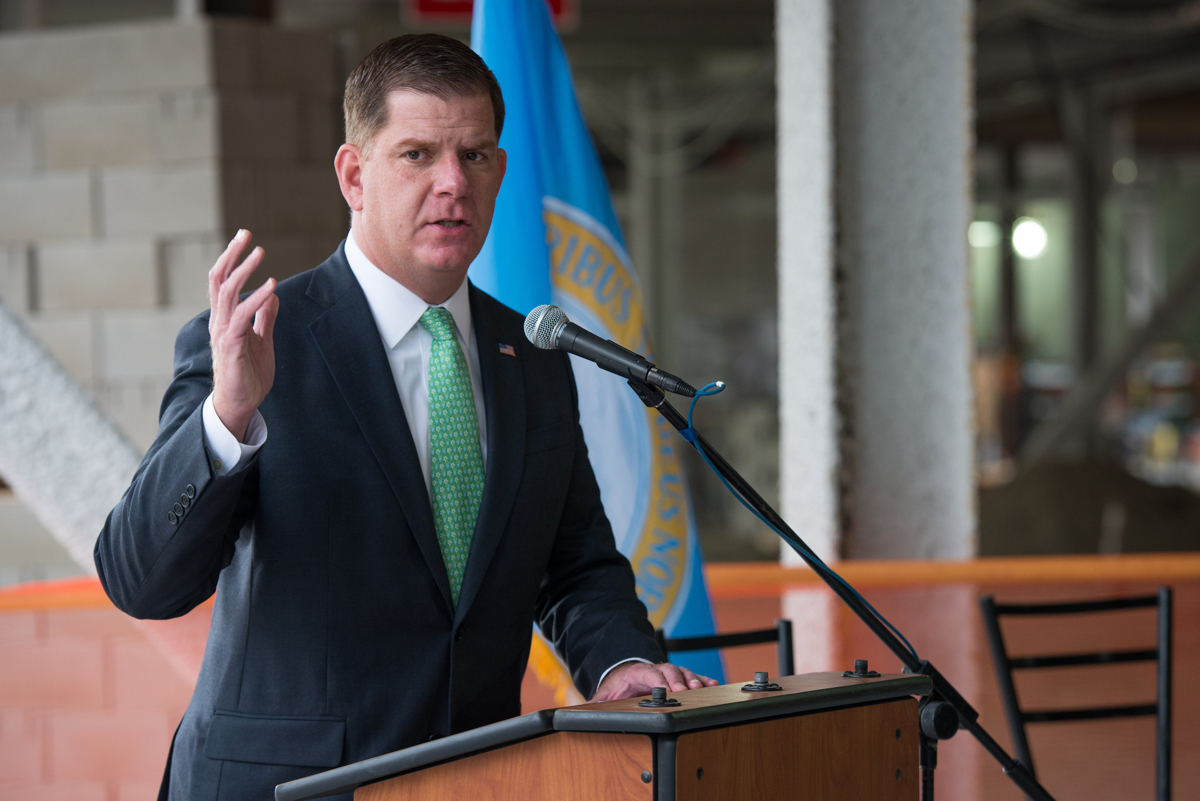 Update Thursday, June 1: After President Trump announced Thursday he would pull out of the Paris climate accord, Walsh blasted the move as “irresponsible,” adding, “I will continue to work with U.S. Mayors and cities around the world to uphold the tenets of the Paris climate agreement and protect Boston against the very real impacts of climate change.”

Withdrawing the U.S. from the #ParisAgreement isn't just a setback, it's irresponsible. Boston will not stand by: https://t.co/1lmgudCLBe

Charlie Baker has also weighed in:

Earlier: Boston Mayor Marty Walsh is speaking out Wednesday amid news that President Trump is expected to withdraw from the international Paris climate deal. In a speech at City Hall, he urged the Trump administration to reconsider.

“It will damage our reputation as an international leader, it will undermine our country’s commitment to meeting the challenges of climate change, and it will also put at risk our future generations,” Walsh said.

He also said regardless of what happens in Washington, Boston will stick to its pledge to reduce greenhouse gas emissions by 80 percent by 2050 and said other cities should honor their green commitments, too. “We will not let this be undone by foolish political reasons,” he said.

The Paris agreement, reached in 2015 during the Obama presidency, is a pact that nearly 200 countries will cut back on greenhouse gas emissions together. Those gases are known to trap heat and cause climate change, a concept that conservative politicians have sought to undermine and that Trump has described as a “hoax.”

Trump, who pledged to pull out of the deal while on the campaign trail, hasn’t made an official announcement on the agreement yet. In a tweet Wednesday, he said he “will be announcing my decision on the Paris Accord over the next few days,” adding, “MAKE AMERICA GREAT AGAIN!”

Boston is among U.S. cities most likely to suffer the consequences of projected rising ocean levels, which has prompted climate scientists to urge the city’s leaders to prepare. Walsh’s office released a report on the issue in December. “As a coastal city, we know what’s at stake,” Walsh said Wednesday.

Boston is also a member of the C40 Cities Climate Leadership Group, and Walsh was among American mayors who spoke last summer at a climate summit in Beijing.