JetBlue Will Start Scanning Your Face at Logan Airport

The airline is testing facial recognition in Boston. 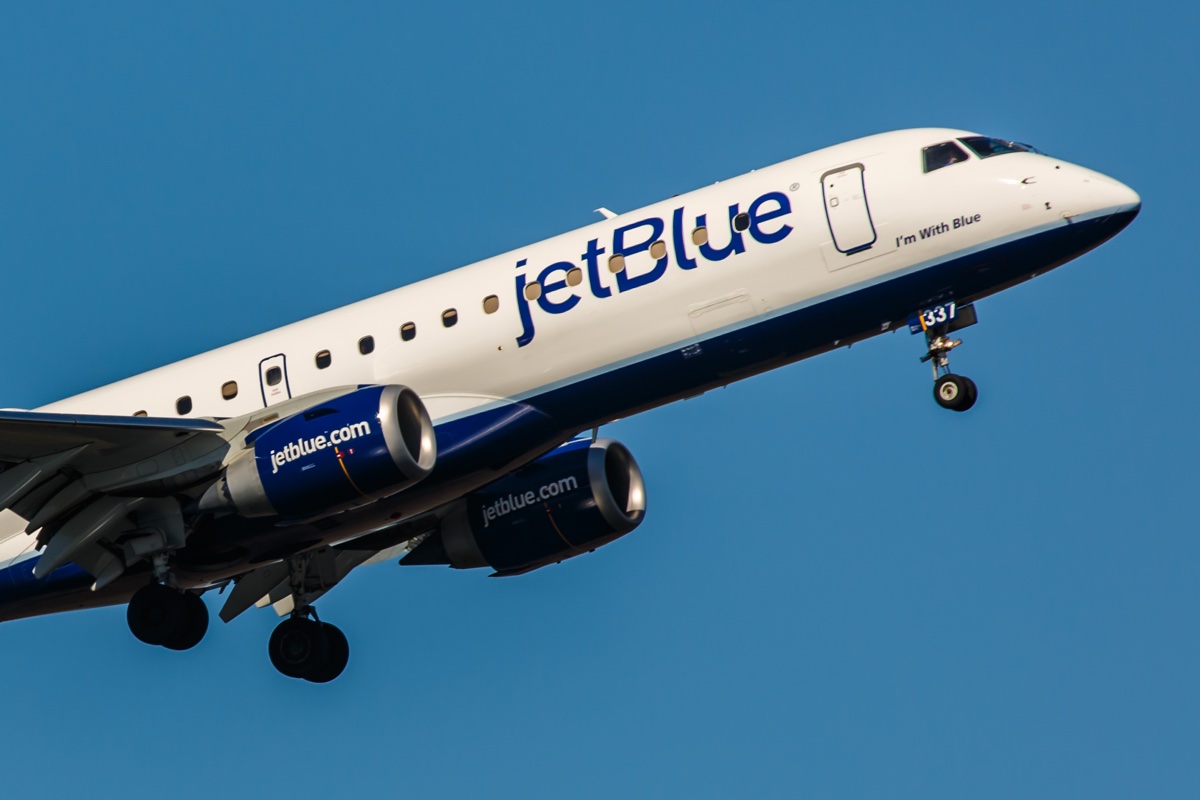 Sick of waiting at the airport? JetBlue has an idea: instead of checking your tickets before you board, how about we just scan your face?

Beginning in June, the airliner has announced it is testing out a new facial recognition system at Boston’s Logan Airport, part of an effort to do something about pre-flight congestion. Taking part in the test is voluntary, and only passengers flying from Logan to Aruba will be impacted.

It’ll work like this: A camera will snap a picture of your mug, that picture will be analyzed against pictures stored in a database, and if it’s a match, you can just walk right on to your plane. A Swiss firm called SITA is providing the technology.

The Boston test-run is the first of tests in seven cities. It could be the start of a new system that expedites the check-in process at security lines and other areas in airports, JetBlue VP Joanna Geraghty says.

“We hope to learn how we can further reduce friction points in the airport experience, with the boarding process being one of the hardest to solve,” Geraghty says in a statement. “Self-boarding eliminates boarding pass scanning and manual passport checks. Just look into the camera and you’re on your way.”

Everyone loves quicker lines, but not everyone loves having their visage surveilled—remember the backlash after Boston police used facial recognition software to monitor Boston Calling?—and there has been some concern raised about this latest use of the technology. Jeramie Scott, of the Electronic Privacy Information Center, tells the Globe there should be regulations in place that keep airlines from storing pictures of passengers once they’ve been scanned. 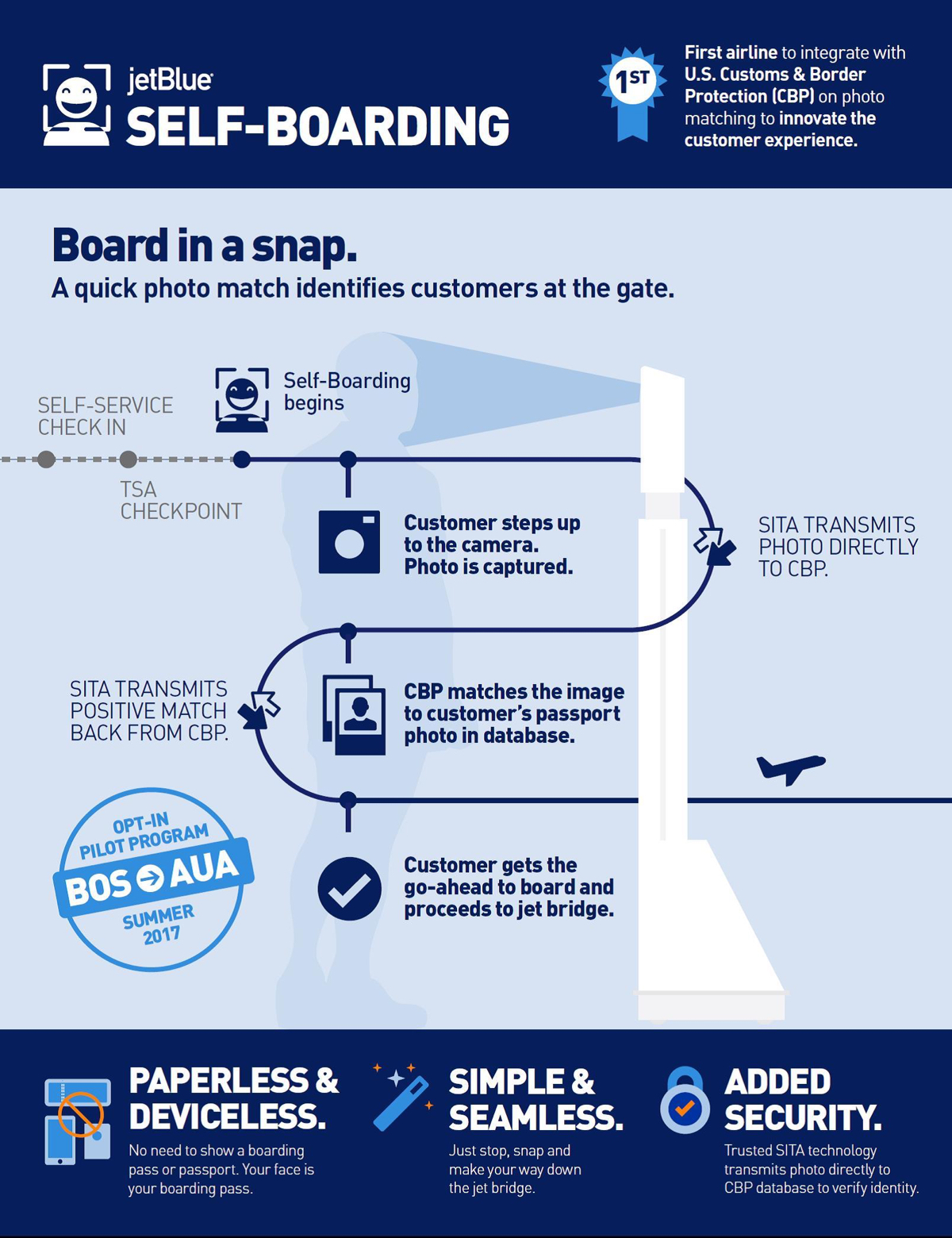