Complete with a "power blazer to topple the patriarchy." 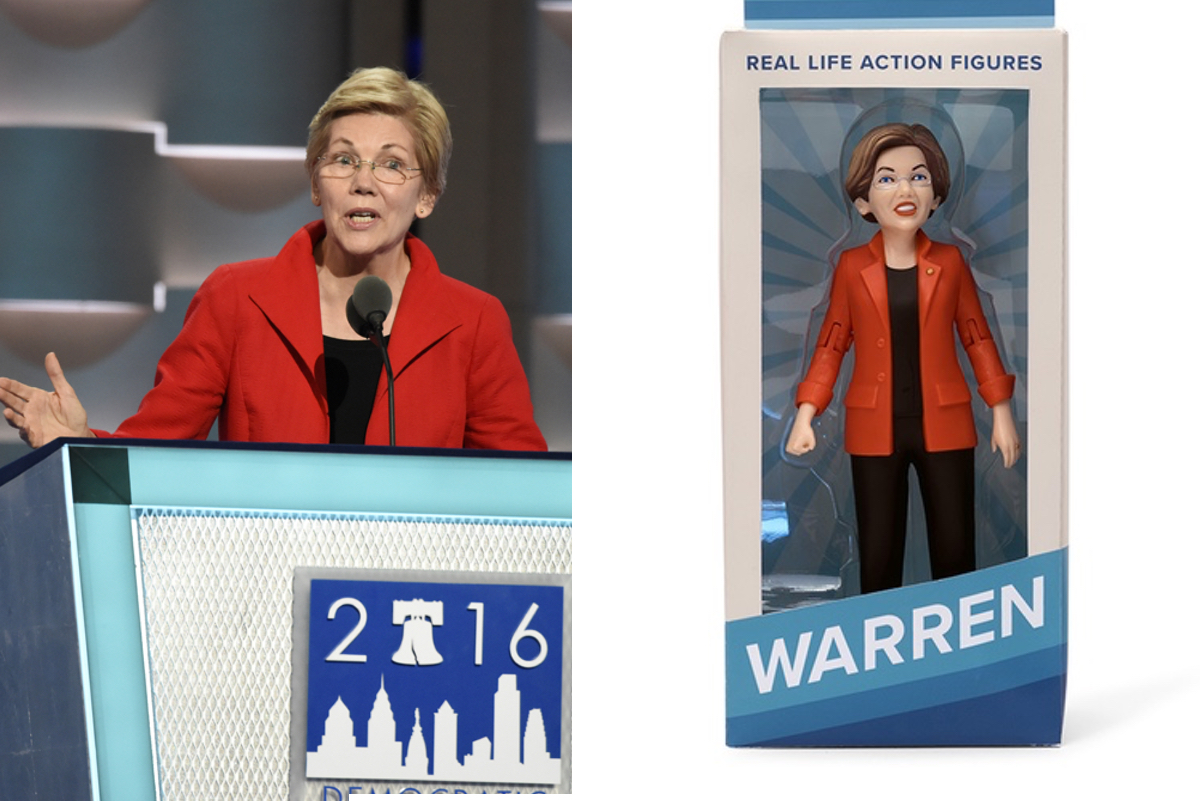 Elizabeth Warren already made her comic book debut last year. It would only make sense that she get her very own action figure, too.

The design company FCTRY has launched a fundraising campaign on Kickstarter to create a plastic, posable, combat-ready likeness of the Massachusetts senator. The Brooklyn-based company first made Barack Obama action figures in 2008, and raised more than $10,000 for the Democratic National Committee. FCTRY followed with Bernie Sanders and Hillary Clinton action figures in 2015 and 2016, as well as an “Evil Trump,” whose proceeds continue to benefit the American Civil Liberties Union.

The Worcester Telegram & Gazette asked Warren back in March what she thought about receiving the action figure treatment. “I really like that—that’s cool,” she said. “I was sort of hoping for Batman, but I wear too much color to be Batman.”

As of Tuesday morning, Kickstarter campaign has attracted more than 500 backers and raised $14,902 of its $15,000 goal, with 31 days to go. Those who pledge $19 or more will receive an Elizabeth Warren action figure, expected to ship in September.

Update: Well, that was fast. FCTRY’s Kickstarter has already cleared its $15,000 goal, meaning the Elizabeth Warren action figures are on the way.