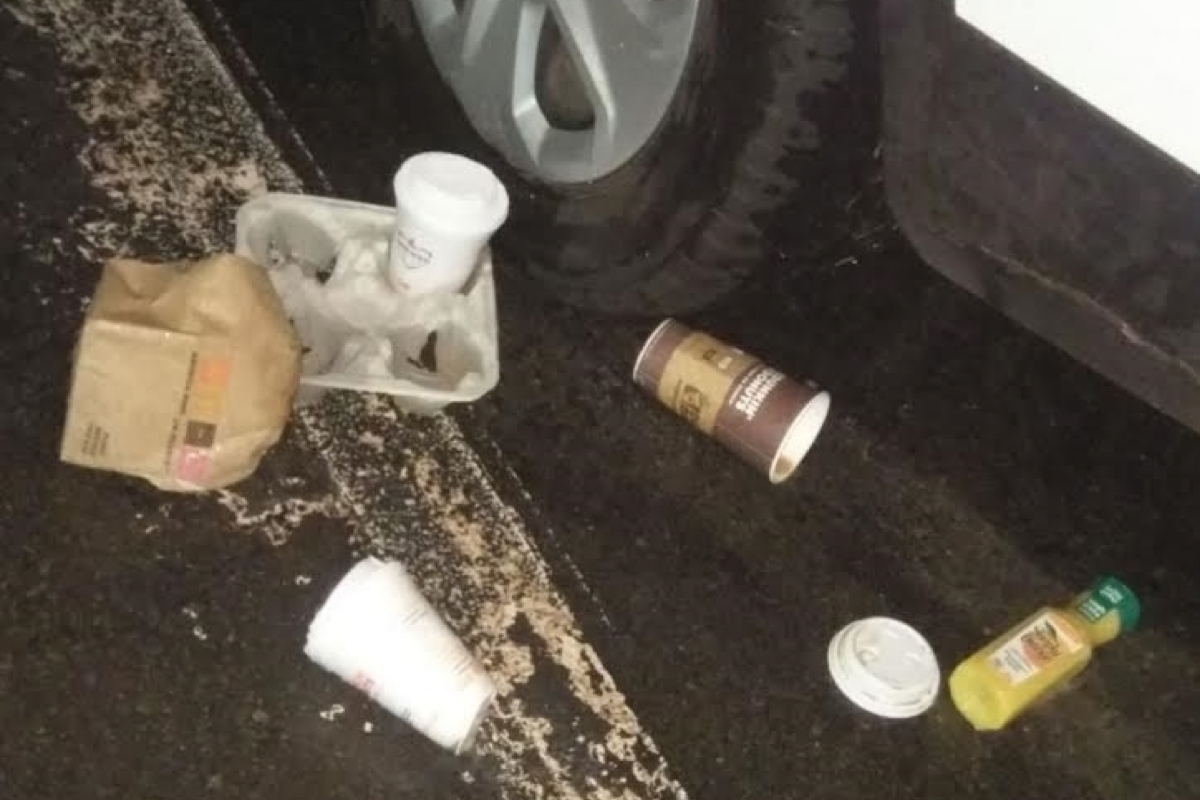 The officer spilled his coffee before making an arrest. Photo via BPD News

An attempt to steal from an outpost of the coffee chain in Roxbury on Wednesday reportedly went south for 51-year-old Stephen M. White, of Boston, when he came face-to-face with a Boston cop there on a late-night coffee run.

According to BPD’s official blog, an officer stopped by the Andrew Square Dunks at about 1:15 a.m. Wednesday to pick up a couple coffees and a bottle of orange juice. Before the officer left, he observed White walk in. Then, on the officer’s way out of the coffee shop and back to his cruiser, the report says, a Dunkin’ employee ran outside screaming “He’s robbing us! He’s robbing us!”

The police officer then intervened and got ready to greet the alleged robber on his way out—”so quickly and with such abandon,” the report says, “that he dropped the coffee on the ground.” When White emerged from the shop with a paper bag stuffed with several hundred dollars in cash, the report says, the officer confronted him and made an arrest. He faces charges for unarmed robbery and threats to do bodily harm.

And as for the spilled beverages, the Dunkin’ employees replaced them, free of charge.