The Green Line Was an Absolute Disaster This Morning

Signal problems wreaked havoc on the first 90-degree commute of the year. 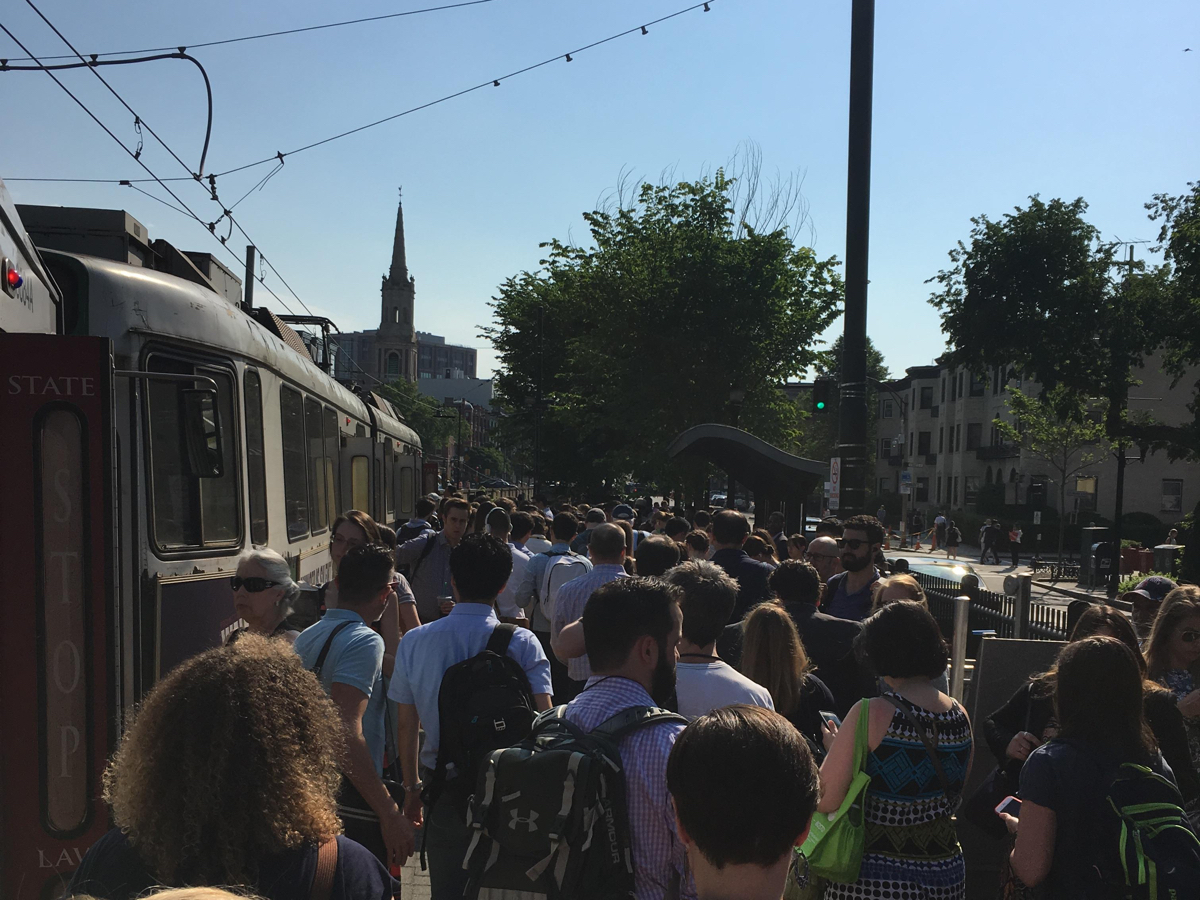 If you took the Green Line to work Monday morning—or, more accurately, in the general direction of work—you’re likely reading this through a cataract of flop sweat and despair.

Signal problems caused by a power outage crippled the busiest light rail system in the country between Kenmore and Park Street, resulting in “extreme, heavy traffic” that left riders to fend for themselves on the first 90-degree morning commute of the year—a fine time to walk to work. (To be sure, T spokesperson Joe Pesaturo says the delays were not weather-related.)

Riders heading inbound were stranded just before Kenmore, while those already underground were kept at a standstill. Hundreds of straphangers at the C line’s St. Mary’s Street stop were ordered off the train, with no shuttle bus or alternate transportation offered.

“If you can take the bus or any other form of transportation, I highly recommend you get off the train—otherwise you might not get to work today,” one B line driver told passengers.

#MBTA Green Line is up and running after a power problem hurt signals. At least 1 trolley (yes, mine) was at a near standstill for ~50 mins.

This is what it looks like when the #mbta fails. pic.twitter.com/RY0lldwysn

Those betting on a ride-hailing service to ferry them the final leg of their journey to work were met with sky-high surge rates, some as high as $45 downtown.

Uber surges to almost $50 as passengers have been stuck on the Green Line for almost an hour. #mbta #publictransportationfail pic.twitter.com/ULPrFn0uX8

It’s the EMTs that are taking forever to get here. Not the @MBTA pic.twitter.com/O6ljJvaglF