By I'm a scraper
Education

She has led the university since 2007. 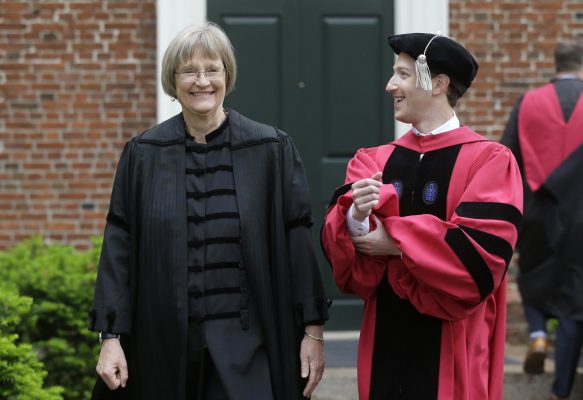 Harvard President Drew Faust, who has helmed the historic university since 2007, will be stepping down in June of next year.

Faust is the first woman to ever serve in the role, taking the job after former president Larry Summers. She announced her decision in an email to students on Wednesday. “It will be the right time for the transition to Harvard’s next chapter, led by a new president,” Faust said in a statement, according to the Harvard Crimson.

William F. Lee, who heads the Harvard Corporation, which will head up the search process for her successor, says the school is in “a position of strength because the institution has made great progress under her leadership,” the Crimson reports. He adds, “It has great momentum as a result of her leadership, and there’s a clear vision of where we want to go. “

In her tenure, Faust has overseen an $8 billion capital campaign, an expansion into Allston, and a reformed financial aid program, been at the helm for controversies that included the online exploits of undergrads, and drew attention for headline-grabbing moves like taking on gender-exclusive finals clubs and racist Harvard relics.